when feature flags and toggles were first introduced, their primary purpose was to mitigate risk and manage software releases. we would use these toggles to turn features “on” or “off” and gradually roll out new features to customers. if something went wrong or if customers didn’t like the new feature, we could kill it without redeploying.

what developers started realizing is that we could use feature flags to manage dynamic content and have long-term control over every application feature. this means that toggles would not just be “on” or “off.”  true    or  false  . rather, they could serve strings, numbers, json objects, and json arrays, allowing us to serve dynamic content and use feature flags to perform more interesting functions.

almost every product has a series of plans made of bundled features. plans typically have two parameters: a feature and a value. a feature can be something like a vip area, enhanced support, or additional customizations. values are attributes of features and can be something like “20” members, “five” teams, or “enhanced” speed.

using feature flags, we can easily determine which features belong to which plans, and edit bundles as we add new features or change their values.

for  team_count  , we created a  multivariate  feature flag that returns the numbers 50, 10, and one.  we then have a rule that checks if the “plan” attribute matches “standard” or “gold” to determine which value to serve. the “plan” attribute would belong to a user object, which could look something like this:

because ernestina’s plan attribute has a value of “gold,” she would receive a 50 team member limit and have access to the vip area.

moreover, we could use multivariate flags to dynamically modify pricing. for example, we could toggle prices on-load based on whether the user is a “vip” or “new.”

we can also use feature flags to manage styling and personalized themes, using these toggles as a quasi-content management system.

here, we use a multivariate flag to serve color hex values, turning a feature orange, blue, or green: 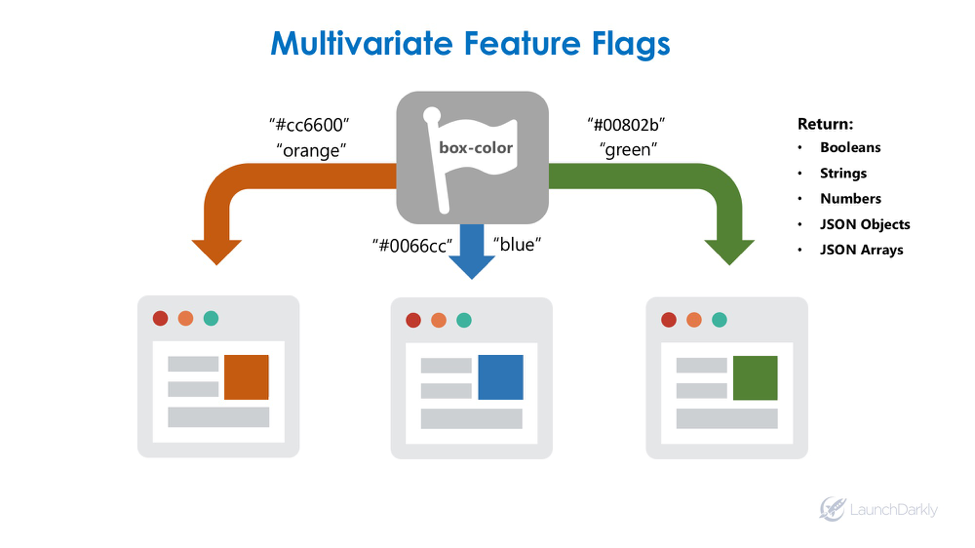 we could also serve pre-defined css class names to add or remove properties from elements. this allows us to separate some of this logic from our primary codebase. while this shouldn’t be used for primary layout and styling, it could be used to serve particular styles or to customize themes based on user attributes.

for example, if i had a user with a "theme" attribute that has a value of "blue," then i could serve the blue css class, which my application logic would append to the relevant elements.

cross-platform feature flagging is an easy way to deliver personalized and consistent user experiences across different platforms. if our product has features that are shared on web and mobile platforms, we can use one flag to control the visibility of both those features. here, we have a user who is receiving the  true    variation for the vip feature flag.

even though the web and mobile platforms have different permutations of the feature, the same flag could synchronize the vip experience between both platforms.

some more benefits of cross-platform feature flagging include:

the process of  feature flagging  is fairly straightforward. we wrap our features in conditionals that determine who can see the features and when. at an enterprise scale, organizations must confront the complexities of mitigating  technical debt  , managing developer workflows, compliance, and controlling the lifecycle of feature flags.

one of the biggest pain points around traditional feature toggles is that marketing or business teams would need to create engineering tickets to get their requests updated. these toggles would be typically controlled within the codebase itself, like a config file or database.

by adding a user interface for flag management, we can empower non-technical teammates with the ability to target users, perform rollouts, or run beta tests. this even makes it easy for engineers to coordinate flag creation, mitigate technical debt, and manage the lifecycle of their flags. 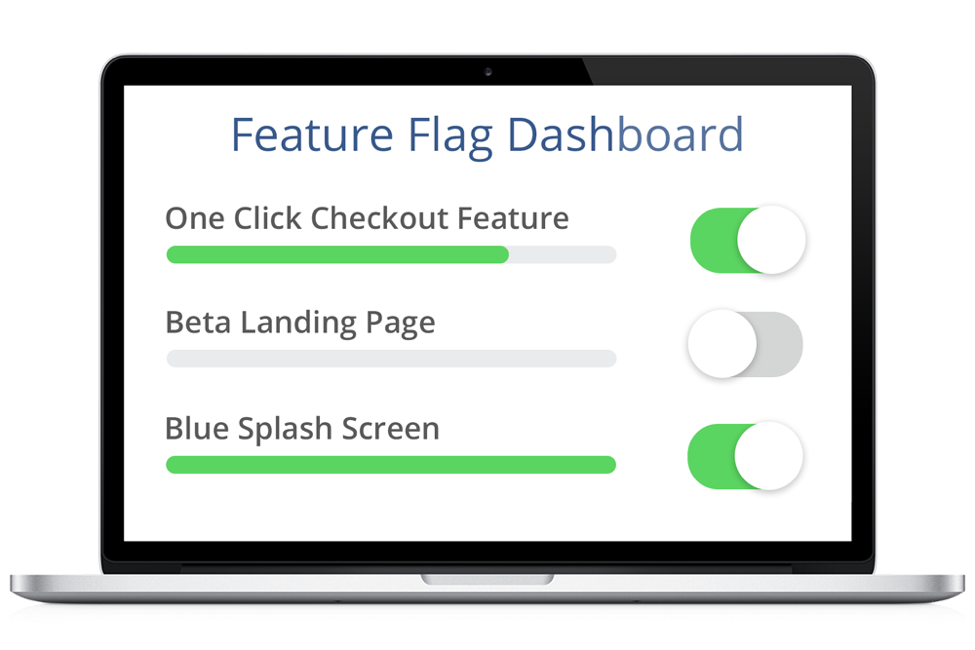 other benefits of ui flag management

feature flags need to be carefully crafted and consistently implemented within our application to prevent performance degradation and ensure that they function correctly. often, organizations will use conflicting methods like managing multiple config files or using in-line toggling.

maintaining feature flags across multiple development environments (local, qa, staging, production) becomes arduous and time-consuming. it becomes increasingly difficult to track who created the flag, the flag’s intended use, and changes made to the flag’s rollout.