Recently at the Build Conference on September 14, 2011 Microsoft announced the release of “Visual Studio 2011 Developer Preview. You can download it here: 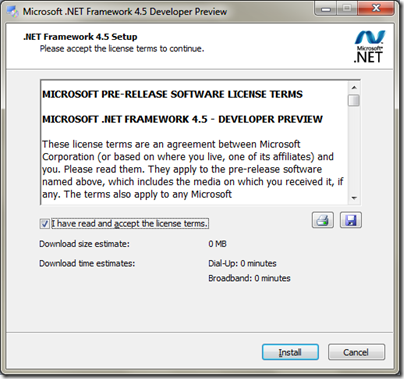 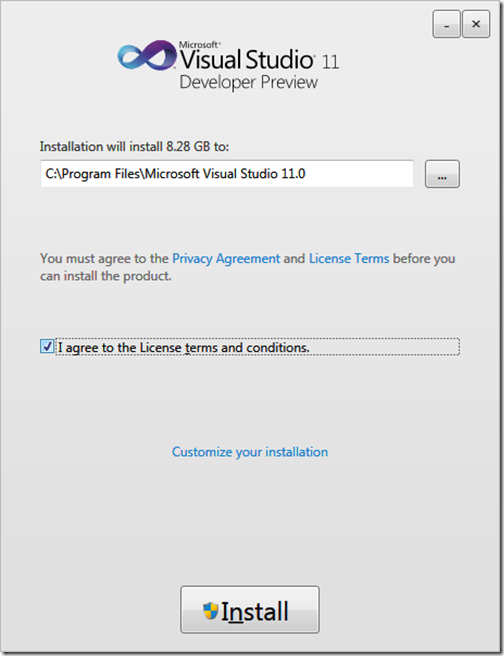 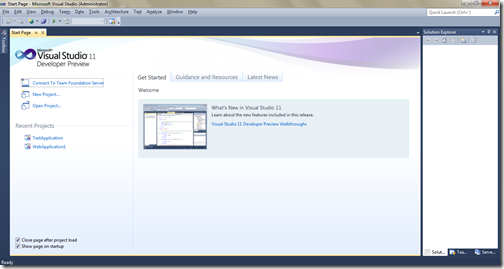 New project template is almost same except there are .NET Framework 4.5 selection is also available with other framework 3.5 and 4.0. 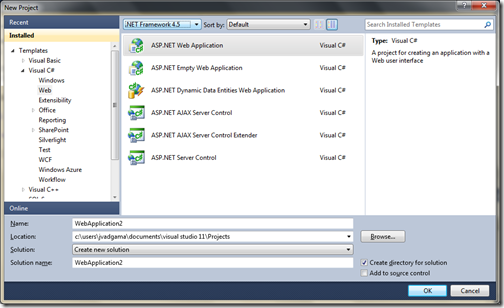 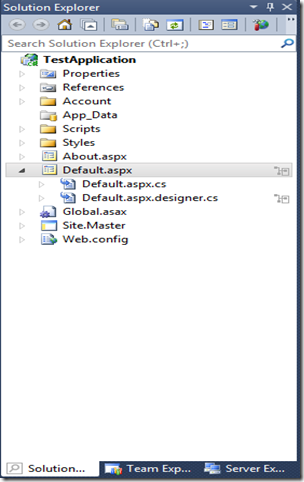 Now you can do lots of things with Solution Explorer like Browsing Types,type members, search symbols and find relationship among them. I will explain them all this features in different post.

Another new feature you will notice is a Quick Launch. You can find lots of command and other stuff in visual studio from here. Suppose you want to create a new page then just type new it will give you all the options with new just like following. 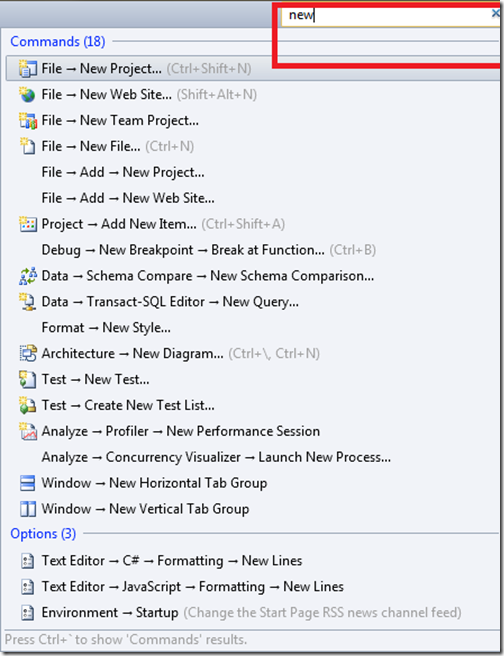 Another things I have found is line highlighter in code editor. It will highlight the current line in Editor. 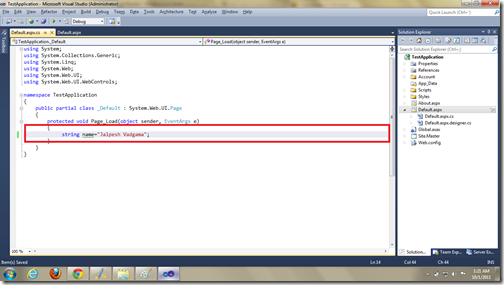 There are so many other features that needs to be discover. I will post that in future posts.