we’re not sure whether it’s a good thing or a bad thing, but today’s mobile users are a hard crowd to please. when they begin interacting with an interface, they very quickly lose patience with anything even slightly below standard, and can have little interest in learning to use confusing or unpredictable uis. if you’ve ever found yourself so enraged with an app you’re ready to throw your phone against the wall, you’ll understand the need for creating interfaces which are user friendly. 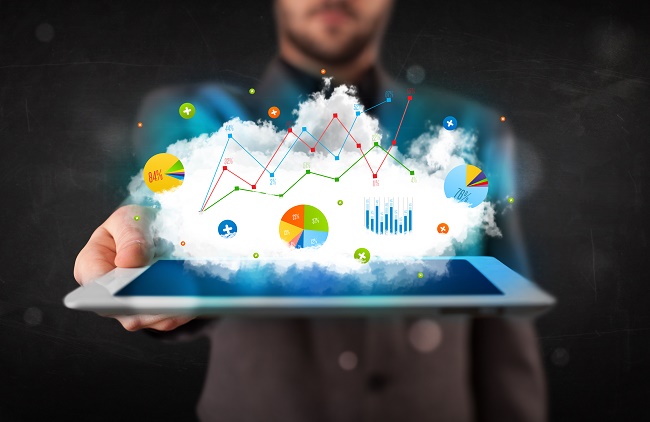 we see enterprise apps make the same mistakes time and again - navigation is confusing, inputs and outputs are unclear and users end up feeling alienated from the product. common data visualization errors include:

fortunately, there are a number of simple rules you can follow to ensure you avoid these classic mistakes.

1. play to your audience

as with any product, it’s essential that you think about who your audience is, what they will be using your creation for, why and in what context. we’re starting from the assumption that you’re building data visualizations for the enterprise context - so concentrate on designing the app so it will be appropriate for business users. avoid childish animations or silly typefaces - no one wants to be making a sales pitch with an app that makes them look unprofessional.

2. think about the way information is displayed

there are a number of principles involved in displaying data effectively and these play into the way the human eye perceives and categorizes data and patterns. awareness of these is crucial when you build an app which displays large quantities of data. you need to think about what information users need to understand your argument, and how much detail they need to comprehend the story the data is telling. when dealing with the limited space of a smartphone screen, consider the following ‘gestalt principles’ in particular:

the colors you use to represent data are extremely important. check out this source for tips on colors which work together well, and follow these guidelines for using color in charts. it might at first appear simple to use color in your data visualizations; assigning a shade to a value seems straightforward. however, if you have hundreds of values you’ll also have a confusing and inexplicable graph or chart. it’s a general rule that ‘less is more’ - so try and restrict the number of colors you’re using to somewhere between three and seven at a maximum. much more, and users will be overwhelmed by what all those shades means.

and another thing: most ux designers should remember this, but a significant minority of the population is colorblind, and struggles to tell the difference between green and red. so, never put these two colors beside one another and avoid this classic mistake in your designs!

why do we have graphs, charts and infographics in the first place? no, it’s not because they look awesome, it’s because they represent large quantities of data and tell a story in a simple way which the human brain can process more easily than brute figures and enormous spreadsheets. bearing that in mind, the last thing a chart should do is be complicated and confusing to read. anyone should be able to look at a graph and work out what it’s trying to say (check out this source for some basic guidelines). given the reduced space on a mobile, it’s particularly important to:

smartphones and tablets offer awesome possibilities for users to interact with and manipulate graphs, charts, and other data visualizations. at the touch of a finger, they can play with information in a way which was previously very difficult if not impossible. but remember, they’re also exploring that information on a much more limited screen size. when designing the ux for your data visualizations, it must make the best use of screen space:

how to cope with a lot of data and concepts which can't fit in one screen? see tobias komischke's webinar on building effective dashboards .

at infragistics, we’re well aware of the challenges involved in displaying data effectively on mobile devices. mobile devices offer awesome opportunities for interaction and manipulation, yet pose serious challenges when it comes to visualization and display on different devices and operating systems. developers can explore our mobile controls and discover an even smarter way of displaying data.