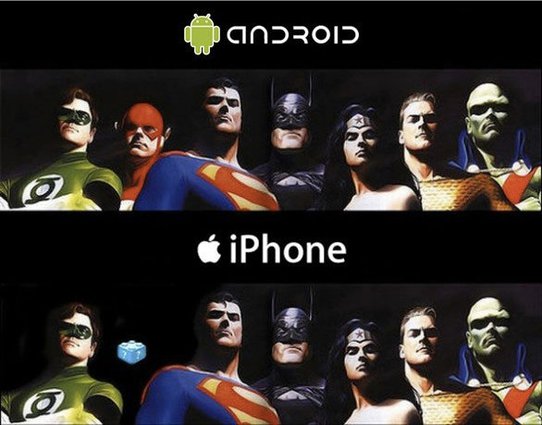 about a year ago, apple announced that its new operating system would not support flash . this decision was obviously very controversial and quickly polarized the technology field. it still does today.

in the link above, steve jobs explains that flash 1) is not open, 2) is not viewable on the mobile web and 3) is not reliable, secure nor fast.

i have always had mixed feelings about these justifications. the lack of openness is possibly a concern, although the flash standard is actually open (there are a lot of players available), notwithstanding the supreme irony of apple, one of the most secretive and anti-open source companies in the tech world, accusing another one of not being open. the mobile web argument is a self fulling prophecy, obviously: if apple decides not to support flash, neither the iphone nor the ipad will be able to view flash animations. i also found the last point a bit weak. even if it was an accurate description of the state of flash at the time, these concerns are merely technical, and there’s nothing in this observation that better implementations won’t be able to fix. it’s just code.

apple has a strong track record of always prioritizing user experience over everything else, and overall, i think they really mean it and they do deliver on this promise most of the time. however, i also think that they tend to use this excuse to justify decisions that are far more evil and self serving (i am still wondering how banning an android magazine in the app store or not allowing google voice on the iphone would hurt user experience. i’m pretty sure it could potentially hurt their bottom line, though). i don’t have any problem with companies defending their business, but at least, be upfront about it.

so here we are, one year later. flash on mobile devices is still a hot topic and is being discussed regularly, but what’s the situation today? how has apple’s decision worked for them? and for the rest of the industry?

i think that so far, apple’s decision to not support flash has had the following effects:

steve jobs has always had this conviction that whatever he builds is so good that the rest of the world will come to him and that he is under no obligation to provide a migration path. his decision regarding flash is no exception: he probably firmly expected the rest of the world to quickly follow suit and accelerate the demise of flash.

this didn’t happen, starting with android which was already offering flash on its devices at the time, and which has continued to improve its support for flash at each new version of their operating system.

i am actually beginning to wonder whether this decision is not beginning to backfire for apple, since the absence of flash on ios is now used as a competitive advantage by all its competitors. this would have been of no consequences a few years ago when the iphone had no competitors, but today, the iphone is struggling to maintain its #3 market share spot .

for better or for worse, flash is not going anywhere any time soon.