there is the floss mole data set , which provide a lot of interesting information about open source projects. as i am always interested in testing ravendb with different data sets, i decided that this would be a great opportunity to do that, and get some additional information about how things are working as well.

the data is provided in a number of formats, but most of them aren’t really easy to access. sql statements and raw text files that i assume to be tab separated, but i couldn’t really figure out quickly.

i decided that this would be a great example of actually migrating content from a sql system to a ravendb system. the first thing to do was to install mysql, as that seems to be the easiest way to get the data out. (as a note, mysql workbench is really not what i would call nice.)

the data looks like this, this is the google code projects, and you can also see that a lot of the data is driven from the notion of a project. 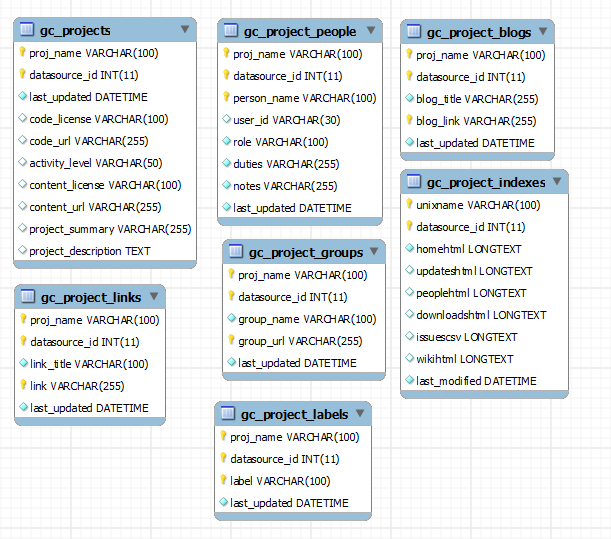 i explored the data a bit, and i came to the conclusion that this is pretty simple stuff, overall. there are a few many to one associations, but all of them were capped (the max was 20 or so).

that meant, in turn, that we had a really simple work to do for the import process. i started by creating the actual model which we will use to save to ravendb: 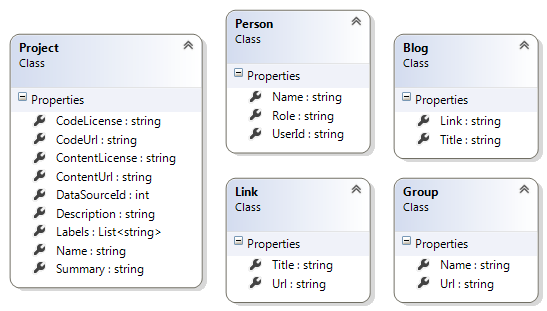 the rest was just a matter of reading from mysql and writing to ravendb. i chose to use peta poco for the sql access, because it is the easiest. the following code sucks . it is written with the assumption that i know what the data sizes are, that the cost of making so many queries (roughly a 1,500,000 queries) is acceptable, etc.

but, it does the work, and it was simple to write. using this code, i was able to insert 299,949 projects in just under 13 minutes. most of the time went to making those 1.5 million queries to the db, by the way.

everything is cool, and it is quite nice. on the next post, i’ll talk about why i wanted a new dataset. don’t worry, it is going to be cool.