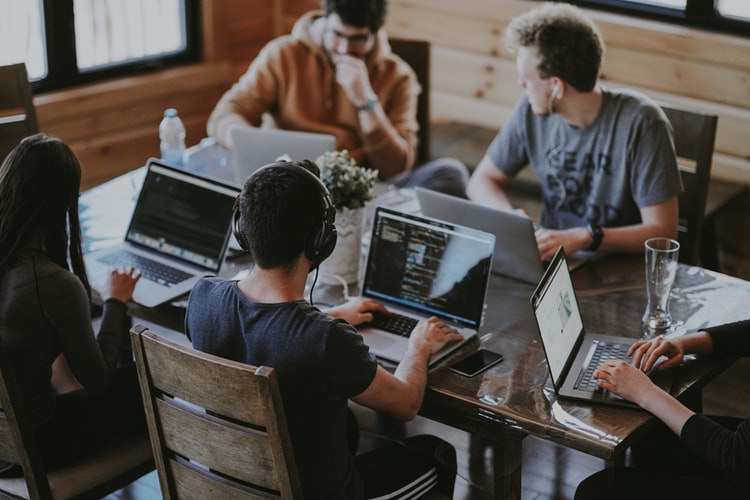 You may also like: 6 Tips to Boost Team Motivation for Your Agile Team

You and your team want to be high-achievers. You not only want to produce top-notch work as efficiently as possible, but you’d also like to enjoy the collaboration process.

Sound like a pipe dream? It doesn’t have to be.

According to original research, we conducted here at Atlassian, an open work style is a secret sauce. In fact, teams who work this way are 60% more likely to achieve faster, and 80% more likely to report high emotional well-being.

What does it take to ace this approach to work and collaboration? Is it as simple as knocking down the cubicle walls and rocking that daily stand-up?

There’s a bit more to it than that. After analyzing our data, we landed on six specific behaviors that can lead to far more effective teams — whether you’re a manager or an individual contributor.

It’s human nature to want to know that your hard work and contributions aren’t going unnoticed, so don’t underestimate the power of a simple, “Great job!”

Unfortunately, research from Gallup found that adequate recognition isn’t as commonplace as you might think. Only one in three U.S. workers strongly agree that they received praise for solid work within the past seven days.

The good news is that this is easily remedied by publicly celebrating the wins of your team members, and the team as a whole. Our research found this simple act can improve a team’s sense of well-being by up to 16 percentage points. You can do this by:

Those ideas (and plenty more) take very little effort or time but can make a huge difference in the morale and performance of a team.

Your team hit a snag. Maybe you’re falling behind on an epic whose scope keeps getting larger, or perhaps you’ve noticed a string of recent miscommunications. You’re hesitant to seem overeager and poke holes in morale right away, so you write it off as a bad day or a momentary flub.

Sweeping these performance issues under the rug isn’t doing your team any favors. It’s better to bring those up when you notice them so that you can all work together to resolve them, rather than let them snowball. Teams that do this regularly see both their performance and well-being improve, according to our research.

Rest assured that this doesn’t require that you’re overly alarming. The next time there’s an opportunity for feedback in a team meeting, even something a simple as, “I’ve noticed some confusion about the sequence of steps in our reporting process. Can we clear that up so we’re all on the same page?” can help everybody work that much more effectively.

3. Make Sure You (And Your Teammates) Have a Mentor

It’s hard to maintain total openness when everyone has the exact same point of contact for everything from task-related questions to discussions about career stepping stones. There are only so many hours in the day, which means someone is bound to be left unanswered. (Besides: you're a cross-functional team, right? A single go-to person probably doesn't have the knowledge to cover that much ground anyway.)

That’s why mentorship can be so powerful. Team members feel empowered with a resource they can turn to for advice on matters big and small. In fact, Atlassian’s research showed that access to informal mentors can improve a team’s performance and sense of well-being by 15 percentage points. A mentor could be:

Ideally, everyone on the team (including you!) will have access to both types of these mentors so that they can get their hands on the knowledge, feedback, and advice necessary to ace their roles — both now and in the future.

4. Set Goals for Your Team, as a Team

Imagine somebody came to you and said, “You need to run a half marathon, and you need to do it by the end of the year.” That’s it. No background. No context. No explanation of why it matters or why it’s being assigned to you.

How motivated are you to lace up your running shoes and chase it? Not at all? Thought so.

All too often, team members are left out of the goal-setting and decision-making process, and it ultimately hinders their success. In fact, 57 percent of respondents in a 2015 survey said that they would perform better at their jobs if they understood the company’s direction. Our own recent research backs this up. Eighty-nine percent of our survey respondents said that transparent decision-making boosts team achievement.

Decisions and goals shouldn’t be handed down from on high by leadership teams. Collaborate with your scrum master and product owner to set objectives that you can all get excited about. For example, return to your company or department-wide goals and then set team ambitions that ladder up to them. Those more personalized intentions are bound to be more meaningful and motivating.

When your calendar is on lockdown, your teammates are in the dark about where you are and when they can swing by your desk or send you an instant message to pick your brain. Indeed, our research found a significant difference in the performance of teams who can see each other’s schedules and those who can’t.

Change the setting in your Outlook or Google calendar to make your event names visible by default, so that people can see what you have on your schedule any given day or week. Use the private setting on a per-event basis, and only when that appointment really does need to remain confidential.

You might think that this is opening the door for other team members to clock watch or monitor your every move. That’s not the intention here – and your colleagues probably don’t have the time or energy to snoop on you that closely anyway. This is about providing greater transparency into everyone’s workday, which is helpful for increasing trust, aligning expectations, and resolving scheduling conflicts.

When a problem comes up or an idea needs to be generated, we all have the tendency to look to the leader for an immediate solution. True openness means that the entire team has the opportunity and the power to contribute suggestions.

You might not be able to include every team member every single time, but make it your aim to get a good mix of people in the room. Science says that diverse groups are far more innovative than homogenous groups. Not only will you generate some fresh concepts (and enhance performance as a result), but you’ll also reinforce the idea that everybody’s voice is valued.

That’s important, especially when you consider that only 30 percent of the individual contributors we surveyed state that their team is open and receptive to feedback from all sources.

Openness Is the Secret Sauce for Agile Teams

What’s the recipe for successful collaboration? Well, you need to start with a heaping scoop of openness. It’s way more than a buzzword or intangible concept — it’s an approach to work that will significantly boost performance and lead to far more effective teams.

It might sound like a lofty goal, but it’s not as out of reach as you might assume. Whether you’re a manager, scrum master, product owner, or individual specialist — put the above six behaviors into play, and you’re one step closer to a team that works and succeeds together.

How to Work Effectively in a Remote Team: Agile Practices and Tools

The Importance of Setting Goals

What is the Goal?

Published at DZone with permission of Kat Boogaard . See the original article here.