"I’m excited to announce the most recent free ebook offered by Microsoft Press. Introducing Windows Server 2012, by Mitch Tulloch, is now ready for free download! Please see the links below to download one or all of the available formats. 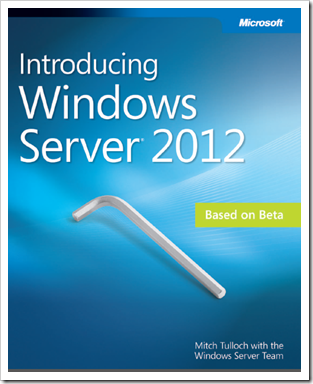 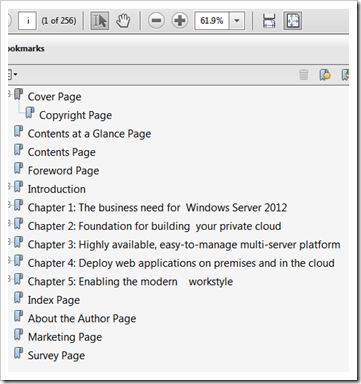 Windows Server 2012 is probably the most significant release of the Windows Server platform ever. With an innovative new user interface, powerful new management tools, enhanced Windows PowerShell support, and hundreds of new features in the areas of networking, storage, and virtualization, Windows Server 2012 can help IT deliver more while reducing costs. Windows Server 2012 also was designed for the cloud from the ground up and provides a foundation for building both public and private cloud solutions to enable businesses to take advantage of the many benefits of cloud computing.

This book represents a “first look” based on the public beta release of Windows Server 2012 and is intended to help IT professionals familiarize themselves with the capabilities of the new platform. Although certain features may change between now and RTM, much of the basic functionality likely will remain as described here, meaning that most of what you learn from reading this book will continue to benefit you as you begin to evaluate and deploy Windows Server 2012 in your own environment.

Direct from the source
A major feature of this book is the inclusion of sidebars written by members of the Windows Server team, Microsoft Support engineers, Microsoft Consulting Services staff, and others who work at Microsoft. These sidebars provide an insider’s perspective, “direct from the source,” that include both “under-the-hood” information concerning how certain features work, as well as strategies, tips, and best practices from experts who have been working with the platform during its early stages. Sidebars are highlighted in the text and include the contributor’s name and title at the bottom.

We're only a few months away from the release of Windows Server 2012, meaning it's a perfect time to get jump on your peers and start wrapping your head around this major Windows Server release...