The presentation of a web page typically involves the following steps:

This article will only focus on the "Composite" stage of web development.

The following section briefly describes the rendering principles of browsers (Use of Chrome is in the form of an example in this document) before introducing compositing to facilitate understanding of concepts. For more information, see GPU Accelerated Compositing in Chrome.

NOTE: As Chrome has modified some implementations of the Blank engine, there is a change in many known class names. For example, replacing RenderObject with LayoutObject and RenderLayer with PaintLayer. For more information, see Slimming Paint.

The browser stores the content of a page as a tree consisting of Node objects called the DOM tree. There is an association of each HTML element with a Node object. Similarly, the root node of the DOM tree is always a Document Node. Everyone knows this. However, there is a requirement for the conversion mapping from the DOM tree to the final rendering.

Each Node in the DOM tree has a corresponding LayoutObject, which knows how to paint the Node content on the screen.

Each GraphicsLayer has a GraphicsContext, which outputs the bitmap of the layer. The shared memory stores the bitmap which gets uploaded to the GPU as a texture. Then, the GPU combines multiple bitmaps and draws them on the screen. In this case, the page gets displayed on the screen.

Upgrading PaintLayer to a Compositing Layer occurs due to the following reasons:

Why does overlap generate a Compositing Layer? The following is a simple example. 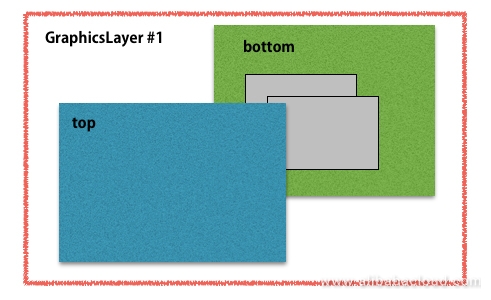 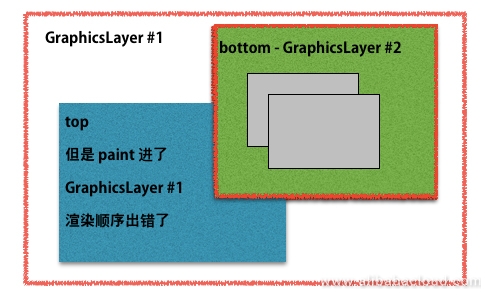 In this case, the rendering order is incorrect. Overlap becomes one of the reasons for generating the Compositing Layer to ensure the correct rendering order. The following figure shows the right order. 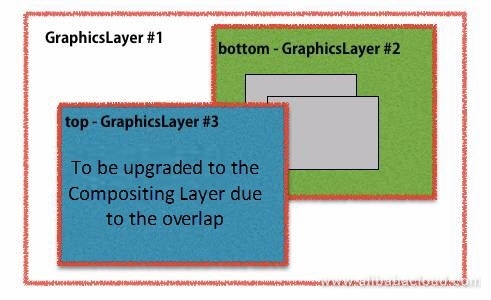 The overlap has the following situations:

However, this seems confusing. What is assumedOverlap? It is easy to understand. For example, if an element has a CSS animation effect. During animating, the element may overlap other elements. In this case, assumedOverlap gets generated. Example: Demo. In this demo, the animated element does not visually overlap its brother element. However, due to assumedOverlap, the brother element is upgraded to the Compositing Layer.

The preceding are common reasons for upgrading a layer to a Compositing Layer. However, due to the overlap, a large number of Compositing Layers may be randomly generated, which consume CPU and memory resources and may seriously affect the page performance. The browser has considered this problem and implemented layer squashing. If multiple PaintLayers overlap the same Compositing Layer, the PaintLayers are squashed into a GraphicsLayer to avoid the "layer explosion" due to the overlap. See the following demo. The blue square is upgraded to a Compositing Layer by translateZ, and other overlapping squares get squashed. The squashed element size is the total size of the three squares. 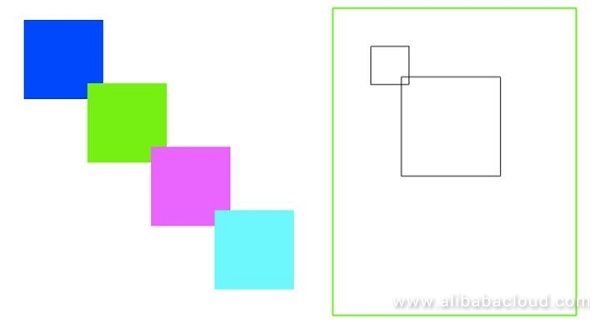 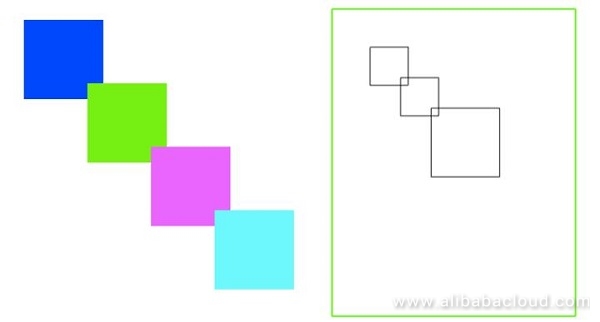 Of course, the browser is unable to automatically detect squash layers in many particular scenarios, as shown below. Such scenarios are avoidable. (NOTE: Overlap is the basis of the following scenarios.)

Squashing that may break the rendering order is not allowed (squashingWouldBreakPaintOrder). Example: Demo.

In this example, #overlap-child overlaps the Compositing Layer. If it is squashed, the rendering order changes and the mask attribute of the parent element #ancestor is invalid. Therefore, layer squashing is not applicable. Currently, this scenario often occurs when the preceding ancestor element uses the master or filter attribute. (Demo) The PaintLayer of the video element cannot be squashed or squash other PaintLayers to the Compositing Layer of the video (squashingVideoIsDisallowed). (Demo)

The PaintLayer with the reflection attribute cannot be squashed (squashingReflectionDisallowed). (Demo)

The PaintLayer with the blend mode attribute cannot be squashed (squashingBlendingDisallowed). (Demo)

When the PaintLayer and Compositing Layer have different clipping containers, the PaintLayer cannot be squashed (squashingClippingContainerMismatch). Example: (Demo) 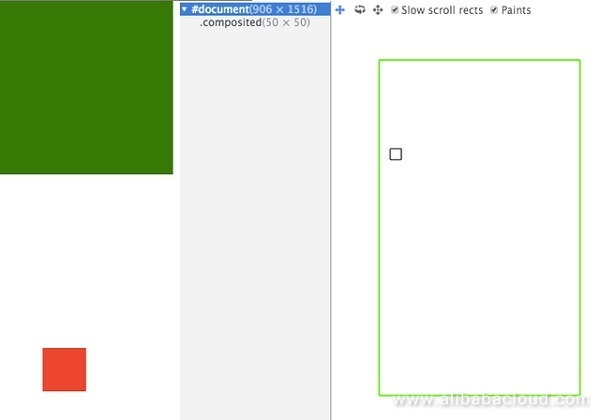 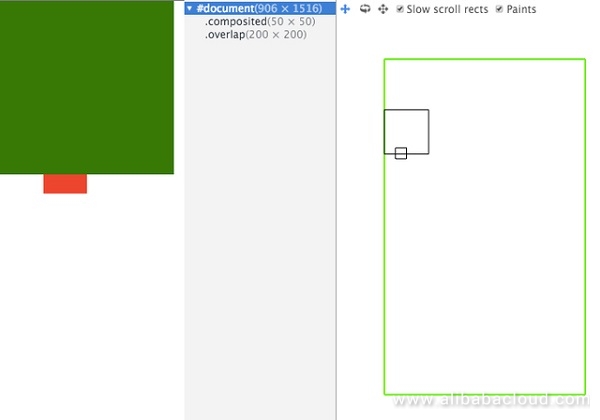 When the PaintLayer and Compositing Layer have different ancestor layers with the transform attribute, the PaintLayer cannot be squashed (squashingTransformAncestorMismatch, same as above). (Demo)

When the PaintLayer and Compositing Layer have different ancestor layers with the filter attribute, the PaintLayer cannot be squashed (squashingFilterAncestorMismatch, same as above). (Demo)