Everything began in 2016 when Google started taking a shot at its ambitious working framework Google Fuchsia. As of 2017, Google didn't say a word about Fuchsia OS.

Since then, a lot of theories have been going on around this technique. It has received a mixed response from the smartphone industry. Some consider it a far-fetched, while some consider it the next big thing in the OS domain that can replace Android.

You may also like: Android Tutorial – Learn Android From Scratch!

Therefore, think deeply about it and find out how it will affect our industry. 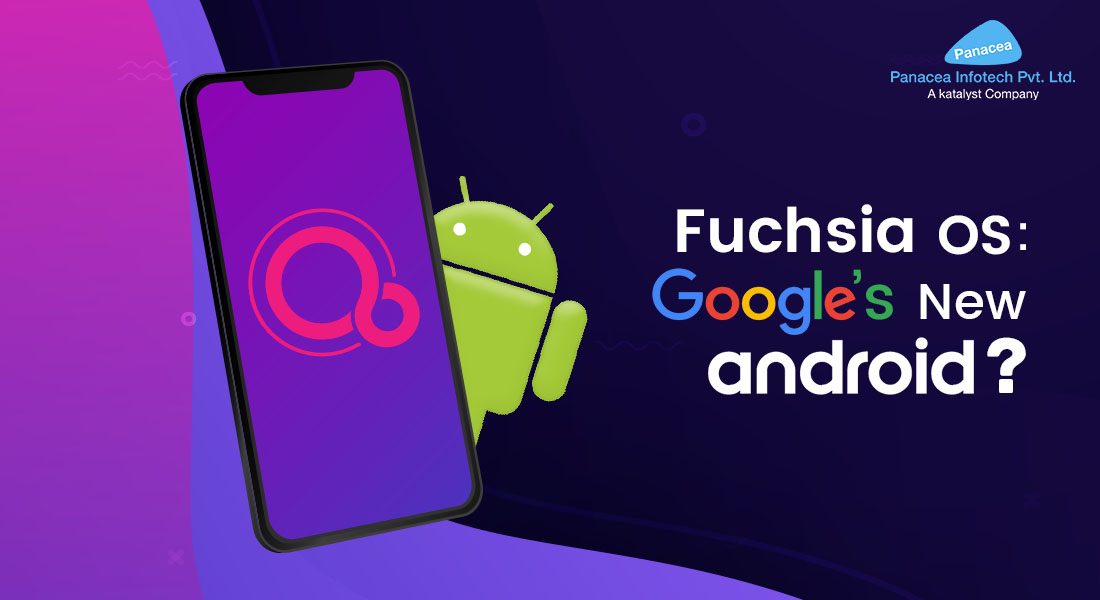 Google Fuchsia has emerged from the concept of creating a 'universal operating system' that can run on all platforms such as smart devices, tablets, and smartphones simultaneously.

Fuchsia OS has evolved into a micro-kernel in the form of zircon. Android and Chrome OS are heavier versions of the Linux kernel. In such a situation, a micro-kernel based fuchsia OS can be very useful.

When it is about being thinner, yet more efficient OSs, the Fuchsia OS seems like an ideal fit as a next-generation operating system. The way to make Fuchsia OS different from Android is that it is fully managed by the parent company Google, while its users primarily manage Android OS.

Will the rise of Google Fuchsia, what will be the effect on mobile application development companies? Let's know the answer to this fascinating question. Although mobile app developers have no access to the new OS as of now, it is worth noting that developers can develop apps using any compatible programming language for Fuchsia OS.

Although Fuchsia development is still in a nascent stage, here is a list of Google Fuchsia OS that includes it in the Android race.

The Google OS, User Interface, is made up of Material Design. It has a specific Escher and renderer for shadows development. Factors like components, windows, buttons, and pop up boxes are smoothly and layered.

Layouts are going to be of two types that have two codenames:

One thing that is certain about the Google Fuchsia OS is that it is more Google Assistant than Android. Mobile application development companies can use their features to increase Google Assistant-based features such as app drawers, camera usage, and on-screen activity.

You can expect Fuchsia OS to go into greater detail and be able to get more information from its traditional counterpart, Android OS. Such increased support can increase the scope for more features and functionality.

It is an essential feature from the point of view of mobile app development companies. There are many devices available on many platforms ranging from smartphones to wearable and laptops to tablets.

Google Fuchsia OS is intended to chip away at any gadget with similar client experience. Its cross-gadget support empowers versatile application engineers to assemble and run applications on different devices all the while.

These days, mobile application development companies, regardless of devices and platforms, want to address a vast audience worldwide. It is easy to create an app for Fuchsia OS or let mobile users use the mobile app using their Google accounts.

Google Fuchsia OS has its custom portion named Zirkon, which can be effectively redesigned varying. In contrast to Android and Chrome, Fuchsia OS empowers engineers to access the next part. As a result, such apps can increase device security and remain compatible after a system upgrade.

You can feel the virtual presence of this OS in Google's store and GitHub. It isn't very easy to figure the specific date of the grand launch.

If you're looking for a next-gen app by integrating technological development of futuristic technologies, hire Android developers, who can help you develop enterprise-grade mobile applications. We at Panacea Infotech will provide you end-to-end assistance so that you can get delivered as per your enterprise needs.

Java vs. Kotlin — Which Language Should Android Developers Start With?

How to Create a Simple Currency Converter App in Android Studio