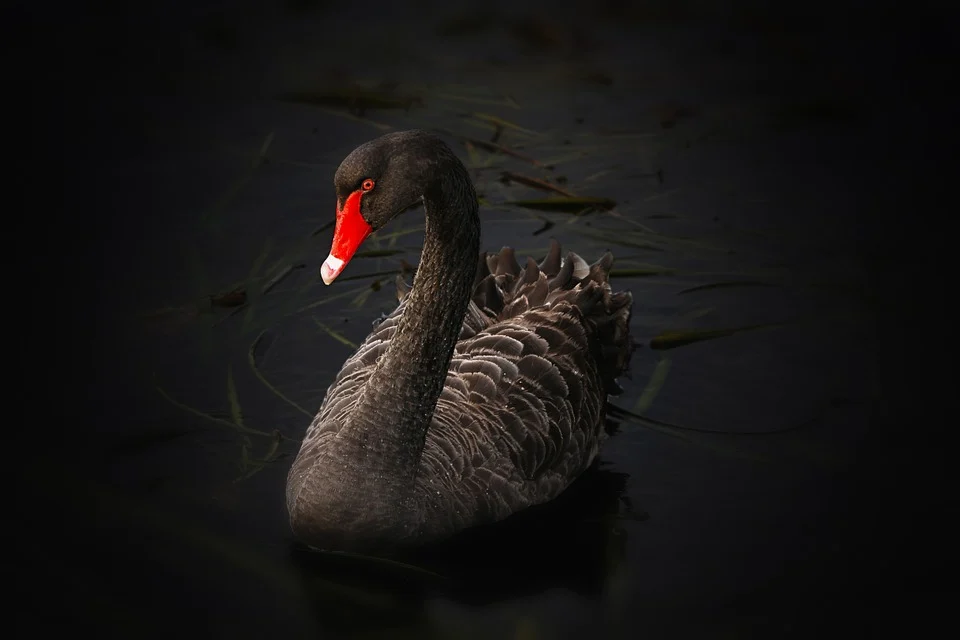 In this series of articles, we will reflect on how we can predict major events. How can we be prepared and not be blindsided? What can we do about them? In this article, we will zoom in on the fact that the so-called unpredictable often the same as the predictable.

The coronavirus crisis leaves me relatively contemplative because I find that this crisis, because of its media and political treatment, has a lot many similarities with other crises that have been described as unexpected.

The first effect of this crisis was to force me to read the book, "Black Swan", by Nassim Nicholas Taleb, which explains that there are black swans, that is to say, unpredictable events, that have very strong consequences, whether they be positive or negative. He explains why it is useless to try to foresee them, but rather to guard against them and learn to live with them.

This book has been very useful in explaining the famous "We couldn't predict" discourse, and even if I totally agree that chance guides our lives much more than we think, I have little taste for this mediocre defeatism, which is a symptom of the concept that individuals have no agency beyond their own fate. And the same pattern can already be seen in a number of events.

What Is a Black Swan? And Why Are We All Christmas Turkeys?

But first of all, what is a black swan? A black swan is an unexpected event that sweeps away our certainties, is totally unpredictable, and has great consequences. In his book, Nassim Nicholas Taleb describes the multiple reasons that explain the occurrence of improbable events but also teaches us that our entire lives are governed by chance. Taleb explains this concept well with his metaphor of the Christmas turkey.

The Christmas turkey is continually fed and treated well, and given its personal history, expects the same thing to happen every day. Except the next day is December 23rd, and it's going to be killed for food. Indeed, we very often rely too much on past events to deduce what will happen in the future. And we'd better live with the fact that the unpredictable is part of our lives.

But it would be a form of failure to assume that nothing is predictable and rely too much on the inevitability of chance. Indeed, I find that a certain number of events considered unpredictable were predictable, to say the least. And very often we find the same pattern.

A Pattern Called “Come Back Again”

If I compare the coronavirus crisis and the 2008 crisis, I see a number of analogies in his storytelling:

You can also apply this pattern to a number of other crises or major events, such as, Godwin's point, the rise of Nazism in Germany.

So why do we continue to screw up by not seeing crises that are predictable? They are not unpredictable black swans, as they would have us believe!

There is an interesting point in Mr. Taleb's book about confirmation bias. We are all victims of confirmation bias, which means that we don't question “business as usual” in the face of extraordinary events.

"We Could Not Have Predicted"

It's a speech that annoys me every time I hear it because we're supposed to have people paid to predict, or even who have predicted this event!

And a lot of people say they predicted the COVID-19, whether it's true or not.

So in this series of articles, I'm going to try to beat this "We could not have predicted" speech.

I'm not forgetting of course that it's always annoying to hear someone say "I told you so" when you hadn't planned anything. Has anyone ever heard anyone say that before?

That's how I'm going to try to study in this series of articles not only what can be done to predict, but also the difficulties we encounter when we try to predict black swans in the following parts:

I look into why we are deaf to the warning signs of the arrival of these events. Admit it, you've already been told "I told you so!". And I doubt that you were very happy to hear this sentence!

So there is a psychological aspect to the prediction exercise. That's where I draw on psychological studies to help us understand. I focus on how individuals can be better at prediction.

Psychology is only one facilitator among many others. In the third part of this series, we will try to describe methods to learn how to predict.

Don't we already have the necessary information? Are we sure that the world in which we live does not run any basic risks? And wouldn’t we be able to understand better a complex world if we are not all alone to think about the future?

As I know that the subjectof prediction is far from obvious, we study the typical difficulties of event prediction as an exercise.

Indeed, the domains of probability and risk calculation are non-deterministic domains, and a certain number of pitfalls prevent us from being 100% sure.

Countermeasures must therefore be put in place in the face of risks that are inherently uncertain, but also we look at the question of whether these risks cannot be transformed into opportunities.

Finally, we see what consequences a company (and all of us collectively) can draw from this reflection. Are we not all in a state of deafness? Are we sure we are ready for the next big event?