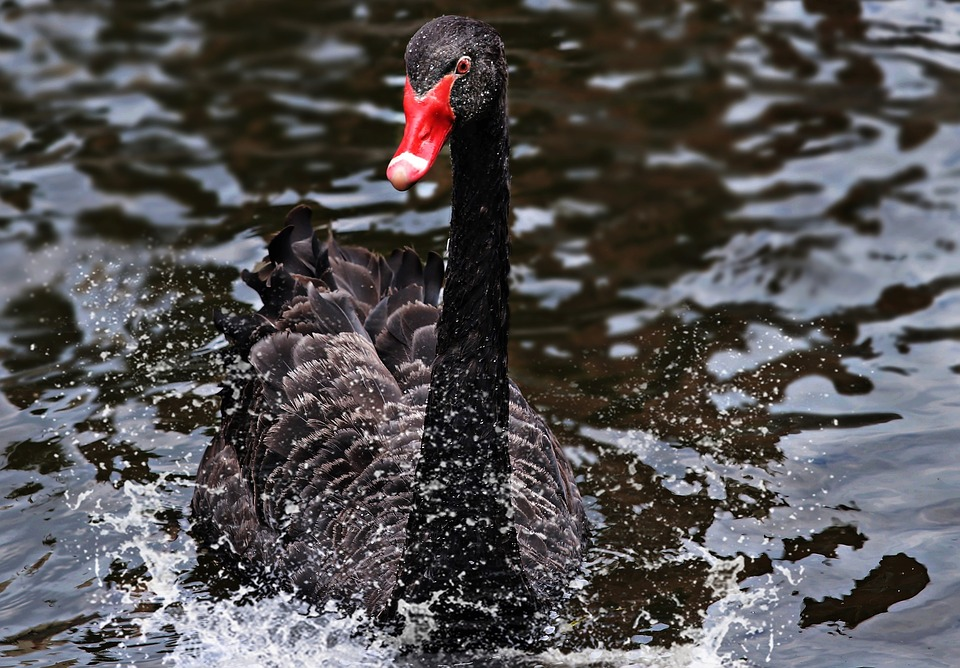 In this series of articles, we will reflect on how we can predict major events and what can we do about them? In this article, we will zoom in on the fact that we are often bad at listening to those who predicted a large crisis.

Why Don't We Hear the Canaries Screaming?

So there is this confirmation bias.

Imagine that I'm the president of a large country, a large company, or I'm a well-established person. It's often difficult for an individual at that level to predict a collapse or a disaster because their prospects in life are too positive.

"I succeeded, I didn't make any mistakes, so I wouldn't make any mistakes. And I am right! Why would a recipe that works no longer work? Telling me that we are heading for disaster is treating my personal journey as a failure! But I've reached the top professionally! This can't be possible! Come on!".

In the same way, if I'm a settled down, comfortable gentleman who didn't see a crisis coming, "it's because no one could see it coming!" "And what are these original, different, marginal, non-experts who say they are enlightened, these people who have been left behind by society, who tell us that the crisis was foreseeable? Of course it wasn't!"

And this is where I am going to take up again the literature of Mr. Taleb, because the people who alerted us had the information, the signal, but the majority of these people were delivering the noise that prevented us from hearing the signal! So we have to separate the signal from the noise, and it may not be up to our elites to do that...

Another problem, in my opinion, is the hyper-specialization of individuals in our societies.

Hyperspecialization is the fact that school is only used to learn one's job and to be relatively uneducated beyond the skills required for one's problem. This causes two major problems:

We will notice that computer scientists and doctors have in common that they must regularly question their knowledge, and are two populations regularly in contact with other people than their peers. Just to say.

Why Don't We Listen to the Canary's Scream?

So, we can say, okay, we got screwed once, now we're gonna try not to get screwed a second time. Except that requires telling the elite: "You guys screwed up!"

And humas hate a lack of group homogeneity as much as they hate to be contradicted in their deepest of certainties.

"Haro on the messenger! Haro on the little one who challenges the big ones!"

We must, therefore, allow the probabilities to be raised in a public manner and allow our officials in charge to commit to managing the risks identified, or at worst to limiting them.

Who Is Most Likely to Hear the Canaries?

I strongly advise you to read this article (https://www.bbc.com/future/article/20140612-the-best-way-to-see-the-future), which summarizes a psychological study that was conducted. This study first found that political experts weren't much better at predicting larger events than general chance.

Thus, they sought to study people's ability to predict.

They looked at the ability to predict events with a large group of people. The top 2 percent of the best performers were then selected and found to be 4 times better than the others at predicting events. These selected individuals were then analyzed and specific characteristics were detected in them:

These characteristics are not necessarily specific to political leaders by any means. Rather, political leaders will self-select through the strength of their convictions and self-confidence within themselves.

One can indeed rely on this other BBC article, https://www.bbc.com/future/article/20190411-how-to-make-wiser-judgements-about-the-future, that intelligent people have the ability to find comforting reasoning in their dogmas and ideologies.

So to speak, the smarter you are, the more you make your own dogmas uncorrelated to reality.

Do you have a memory of an excessively intelligent person, but who on certain subjects does nothing more than coming out of nonsense?

On the other hand, I often hear the expression "peasant's common sense", meaning that you don't have to be intelligent to come up with good ideas. In a way, intelligent people may tend to suffer from self-propaganda...

It is also noticeable that the other characteristics of the group of people performing well in prediction, beyond a good average level of intelligence, are those coming from very diverse backgrounds with the example of a pharmacist as one of the best performers.

The responsibility for the prediction role should therefore not go to people with power or even necessarily expertise but to people with these human characteristics.

In a practical way, it will be possible to decide on a college of people, thus selected independently of their responsibility and their role in society.

Open-mindedness, self-awareness, intellectual humility, intelligence, curiosity, and culture seem to be the useful ingredients of a conscious, alert person, capable of good predictions about the future.

Future and Prediction - All Black Swans Look the Same! - Part 1

Future and Prediction - The Struggles to Catch the Black Swan! - Part 4

Future and Prediction - Let’s Kill the Next Black Swan! - Part 5