if you don't spend enough time on twitter as it is, you may have a new excuse now: the internet of things.

according to sophie curtis at the telegraph , twitter is going to "power" iot by providing a cheap and easy way to collect and funnel data to iot devices. this is already happening in a number of ways, curtis says. for example:

there are also a number of twitter-connected ornaments that light up or change colour every time the owner is mentioned in a tweet. [twitter's andy piper] said this was a great way of surfacing data from twitter in a physical form.

. . . a stream of twitter data from a weather vane could be fed into an app that controls a smart heating system, telling it to adjust the temperature in the house according to the weather outside.

those are just a couple of possibilities for twitter-powered iot. to some degree, they sound like ideas that could be implemented in other ways - twitter can't be the only way to get weather information, after all - but it's still an interesting possibility in that it could add new functionality to your twitter feed (more information collected in one place) or create a platform for collecting data that would be impossible to collect otherwise.

or, if nothing else, you could just create some kind of #gamergate troll robot: 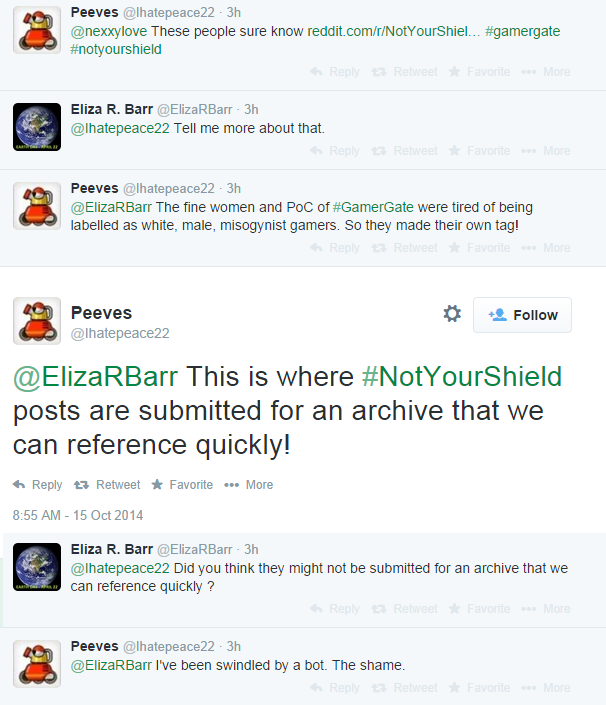 what could go wrong?