So you've read over the technical documents regarding Ground2Cloud and you look like Linguini trying to understand how Remy the mouse learned to cook. They say I have a technical background (a term used as loosely as possible with me), and I still don't fully understand what this product does. So, I asked around and got a high-level idea of what is going on.

At its core, Ground2Cloud lives up to its name. It gives an organization the ability to expose their private cloud-based data to a cloud-type application. Simple, end of article. BUT it's me, and you're reading this, so I'm going to take a guess and say IF you take that one sentence to your CTO, CIO, or CPO, they're going to look at you with incredulity (Scrabble word right there!). Without further ado, here are some talking points for you to play with.

First, stop right now if you are running a non-Windows operating system. Ground2Cloud was designed ONLY for Windows. If you're reading this, asking "Why can't I get this working on my brand new Apple MacBook Pro?" that's why. Actually, if you get it working on a Mac, I'm impressed and you deserve a cookie; well done. It does come with a point and click user interface. Let's be honest, most people despise the command line and a GUI (Graphical User Interface) is much easier on the eyes. If you don't know what a command line is, I envy you. Lastly, in case something goes wrong with Groud2Cloud, no worries. Ground2Cloud will restart automatically, YAY! Ground2Cloud is designed to work with Quickbooks Enterprise, Microsoft SQL, MySQL, and PostgreSQL. Those last three only if they sit behind a firewall. IF your database doesn't sit behind a firewall, then you can hit it directly, and there is no need for Ground2Cloud

"But Magical Online Blogger, Why Would I Ever Want This?" 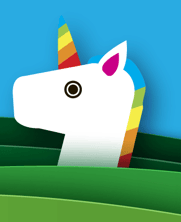 Some Limitations to Be Aware Of

I'd be remiss if I didn't at least tell you some of the common pitfalls I've seen with Ground2Cloud. First and foremost, Cloud Elements has built this from the ground up. We can only account for so much from each provider. If Quickbooks changes something and doesn't tell the public a given API endpoint or object may inexplicably stop working. Let us know, and we will address it as quickly as we can. Most importantly, if you want data off the machine, the machine has to be turned on. Data doesn't flow if the machine is off. I bring up this point because we have had people ask "Why isn't the Element instance working?" and it ended up that the computer they were trying to hit was turned off.

That's the 50,000-foot view (told you it was high-level) overview of Ground2Cloud. In short, if you need to access data that is behind a firewall or on a private cloud, Ground2Cloud can most likely help. If you would like a demo, go ahead and hit us up.

Till next time, happy developing.