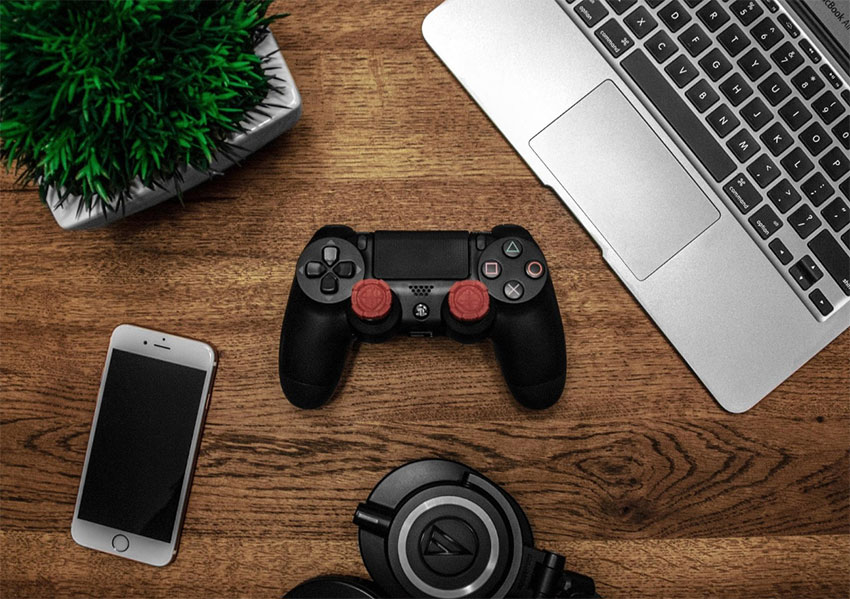 Image from Top Ten Alternatives on Flickr [CC BY 2.0]

Games are a significant player within the entertainment sector, accounting for a large portion of the global entertainment economy. Over the last decade, mobile and web gaming has come of age while the increasingly powerful hardware found in game consoles and gaming PCs can accommodate increasingly rich, fully featured immersive gaming.

In this article, I want to consider the people behind the games — the developers. The insights reported below are based on the Developer Economics Survey by Slash Data, which took the opinions of those working in game development, either as professional developers, hobbyists, or students. If you’re a game developer, you may be interested to know a bit more about people like you working in the industry. So, read on!

How Do You Know This Stuff?

As a freelance writer, one of the hats I wear is as a senior analyst working with Slash Data. We run regular surveys of software developers around the world to uncover valuable insights from those working in mobile, desktop, IoT, cloud, web, game, AR/VR, data science, and machine learning. The 15th Developer Economics global survey wave ran from May to June 2018 and reached more than 20,500 developers from 167 countries.

On to the juicy stuff...how many people are working in game development?

This number is relatively low compared to other communities; it is about the same as those in the fields of data science and IoT, which are relatively recent arrivals.

But games have been a part of the software landscape for decades, haven’t they? So why are game developers still a small cohort? In part, the sector has expanded relatively recently; mobile and Internet-based gaming only really took off in the last decade. Game development is also highly segmented. There are many developers who work on aspects used within game development, such as frameworks and graphics pipelines, while not creating games themselves. As such, they may not directly identify themselves as game developers.

Of the development areas we surveyed, such as games, web, or mobile, games have the smallest percentage of developers who identify as professionals. This may well lend weight to the suggestion that the industry is segmented and many professional developers are not directly involved in creating games, but instead in enabling game creation. 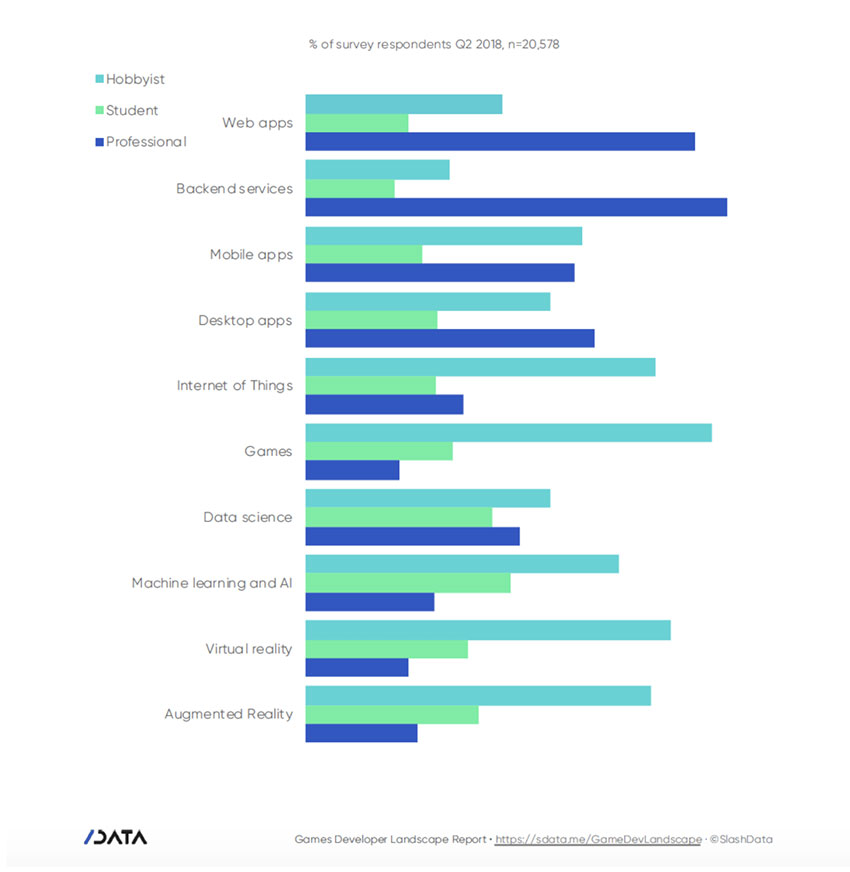 Game Development Is a Popular Hobby

From our survey, the largest population of hobby developers by proportion was found in the games vertical, accounting for almost three-quarters of it. This may well be because creating games is an accessible hobby for all kinds of programmers. Games can span a huge range of platforms and styles, and writing games as a hobby is fun. It can also be a way to try out different technologies without being too much like a day job.

In North America, eight out of ten game developers identify as hobbyists, with a similar number in Western Europe. This may be a result of these regions being the first to establish game development as part of the mainstream. Hobby development has also had a long time to establish itself, starting in the 1980s with home setups such as the ZX Spectrum, BBC Micro, and Commodore 64. The developer population in these locales has had time to get comfortable with hobbyist game development.

There is also skew toward youth in the game developer community compared to the population of all developers answering the survey. In recognition of the contribution of games to the economy, a number of governments have recently created education schemes to offer funding for those training to be game developers. The relative youth of the game developer population may reflect the successful uptake of these initiatives, as they encourage young people to study game development and enter the industry.

The proportion of game developers over 35 is smaller than the general developer population. Older developers rarely make a transition into games from other development fields for various reasons, including the comparatively poor compensation rates and long working hours typical of the game industry. We would not, therefore, expect a large group of older developers in an industry that, as we have already observed, has newly arrived.

The “non-monetary” goals (having fun to build things, gaining experience, being creative) all ranked higher than those goals that directly or indirectly generate revenue, and combine to account for the goals of almost two-thirds of the game developers responding to the survey.

What kinds of games are they creating? Well, action and adventure games lead the way, with arcade-style games a little further behind. Puzzles, educational games, and strategy games are also popular, not surprisingly, since these translate well to mobile form factors; mobile gaming is a buoyant and successful part of the market at present. 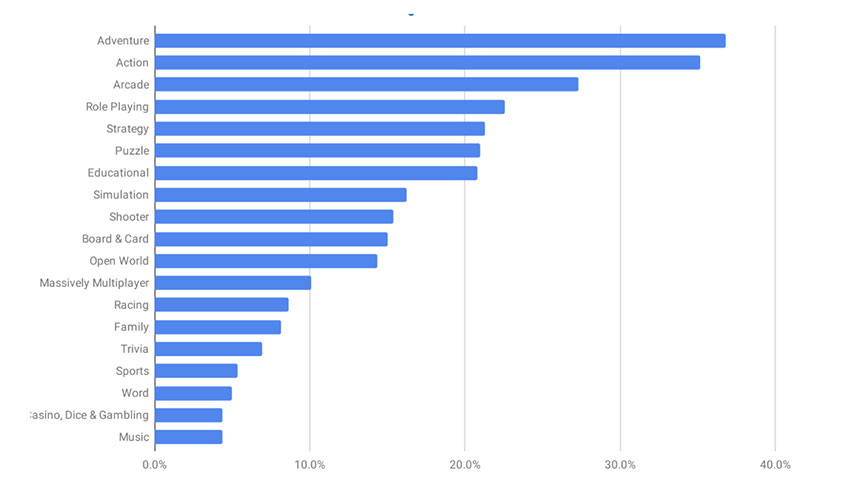 The game development community is still small, but this can be explained by a relatively recent expansion due to mobile and Internet gaming, and segmentation into product creators and those that enable them. The majority of those identifying as game developers are hobbyists and they are relatively inexperienced and youthful. Our survey found a community of game developers worldwide, but with a strong concentration in North America, Western Europe, and East Asia. We also discovered that game developers were more interested in having fun than making money and that creativity was valued by all types of developers equally.