Someone found Yet Another Post (YAP™) insisting that the Gang of Four (GOF™) patterns were on their last legs. The email was misleading, because this is not precisely what the article said. The bottom-line was that Design Patterns in general are merely a response to gaps in the underlying programming language, a position that's nonsense at its very foundation.

The lexicon of design patterns varies from language to language. GoF patterns aren't "going away." They're part of the Java/C++ world. They don't apply quite the same way to Python or functional languages. 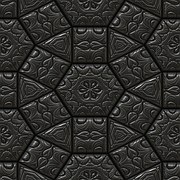 Design Patterns will always exist. They're an artifact of how we process the world. We tend to classify individual objects so that we don't have to deal with each object as a separate wonder of nature.

It's Just Another Brick In The Wall.

We don't have to examine each rectangular solid of ceramic and understand the wonderfulness of it. We can group and summarize. Classify. Brick is a design pattern. So is masonry. So is wall. They're all patterns. It's how we think.

A functional language has a common technique (or pattern) for visiting nodes in a hierarchy. We don't dwell on the wonderfulness of the code as if we'd never seen it before. Instead, we classify it based on the design pattern, and leverage this higher-level understanding to figure out why we're walking a hierarchy.

Sounding the death knell for design patterns also presumes (partly) that functional languages are magically more complete that OO languages. In this newer better language, we don't need patterns because there are no gaps. This is pretty much nutso, too. The Patterns Fill Language Gaps school of thought ignores the fact that there are many ways to implement these "gaps". We can use GoF design patterns, or we can use other software designs that don't fit the GoF design patterns. Both work.

The patterns aren't filling a "gap". They're providing guidance on how to implement something. That's all. Nothing more. Guidance.

"But wait," you say, "since I needed to write code, that's evidence that there's a gap."

"What?" I ask, incredulous. "Are you claiming that any code is evidence of a language gap? Does that mean all  application software is just a language gap?"

Software can be complex when you have to work around the problems of "compiler" and "locked libraries" and "no source." That is, the GoF patterns apply in full force for C++ and Java where you're trying to protect your intellectual property by disclosing only headers and obfuscated implementation details. Indeed, there are few alternatives to the GoF patterns if you're going to distribute a framework that has no visible source and needs to leave extension points for users.

If you don't have Locked-NoSource-Compiled code as a backdrop, the GoF patterns can be simplified a little. But some of the patterns are essential. And remain essential. There are some really great ideas there.

In the Python world, we rely on a modified subset of the GoF patterns. They work extremely well.

When writing functional-style Python using immutable data structures (to the extent possible), we use a different set of design patterns. Not so many GoF patterns when we're trying to avoid stateful objects. But some patterns (like the Abstract Factory) are really very helpful even in a largely functional context. It morphs from an abstract factory class to a factory function, and it loses the "abstract" concept that's part of C++ and Java, but the core Factory design pattern remains.

The serious issue that is surfaced by the email is Language Mapping. We cannot (and must not) try to map languages to each other. What is true for Java design is emphatically not true for Python design. And it doesn't apply to assembly languages, FORTRAN, FORTH, or COBOL.

There. I said it.

When switching among languages, it's important to leave all baggage behind.

When moving from Java < 8 to Java >= 8<8 java="" to=""> (i.e., non-functional Java to more functional Java) we can't trivially map all design patterns among the language features. It's a new language with new features that happens to be compatible with the old language.

Attempting to trivially map concepts between non-functional (or strictly-OO Java) and more functional Java leads to dumb conclusions. Like the GoF patterns are dying. Or the GoF patterns represent damage or something else equally goofy.

Language change doesn't deserve an gleeful/anguished blog post celebrating/lamenting the differences. It's a consequence of learning a new language, or new features of an existing language.

Please avoid mapping languages to each other.