What are Wearable Devices?

The terms “wearable devices“, and “wearables” all refer to electronic technologies or computers that are incorporated into items of clothing and accessories which can comfortably be worn on the body. Examples are Google Glass and Smart Watches.

I had the opportunity to explore on android wearable devices, particularly smart watches and have decided to use Xamarin and Visual Studio for the following reasons:

Having the opportunity to work with android wearable is very exciting as this is getting more popular nowadays. Yes it's exciting but at the same time scary because I don't have any much experience on the technology, smart watch device and android stuffs. This means that I will have to learn from scratch about how everything works with this technology and the android framework itself. I am also aware that there's a bit of learning curve to deal with as working with this technologies is completely different compared to web development. So that’s why I’m writing this post to guide new comers like me to get started with Android Wear application development.

Setting up the Development Environment

The first thing we need is to install the necessary tools. So first you need to install Visual Studio. If you are using Visual Studio 2010, 2012 or 2013 then make sure it's a professional or higher version because the Xamarin extension for Visual Studio will only be supported for non-express editions. See https://xamarin.com/faq for details.

In my case I have used Visual Studio 2013 Ultimate version. Once you have installed the supported version of Visual Studio then go a head and download the Xamarin extension for Visual Studio here http://xamarin.com/visual-studio. (you can  start with a free trial or a license version of it)

Just follow the instructions in the download wizard until it's complete ( note that this may take longer depending on the frameworks that you are installing). You may need to restart your machine to reflect everything that is installed in your machine.

Now when you launch Visual Studio, you should be able to see the following items below under Tools menu. 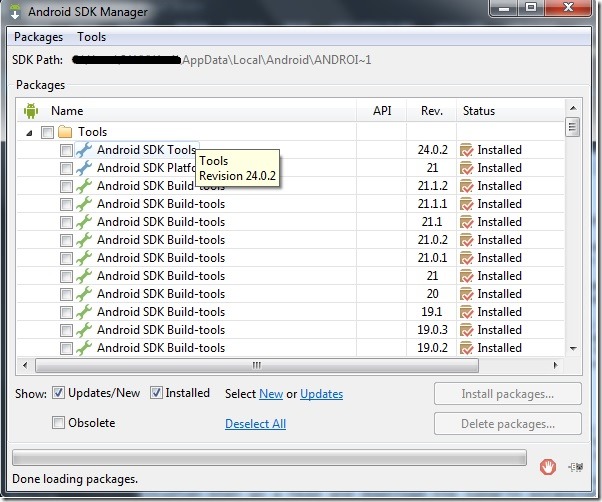 Now if you think that everything you need was installed then congratulations you can now start creating your own awesome android app using Xamarin within Visual Studio.

Let's go ahead and create a new project within Visual Studio and then from the Templates select Android > Wear App (Android). You should be able to see something like below: 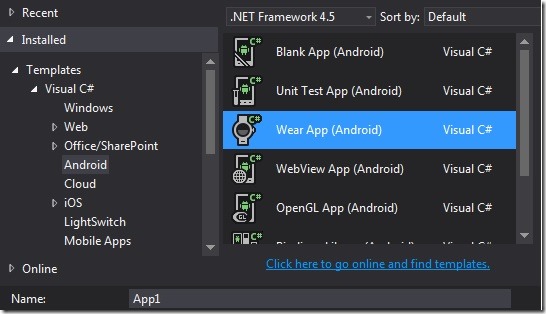 Just click OK to let Visual Studio generate the necessary files to build wear app for you. The image below shows the generated files with default sample codes for you to get started working on building wear apps. 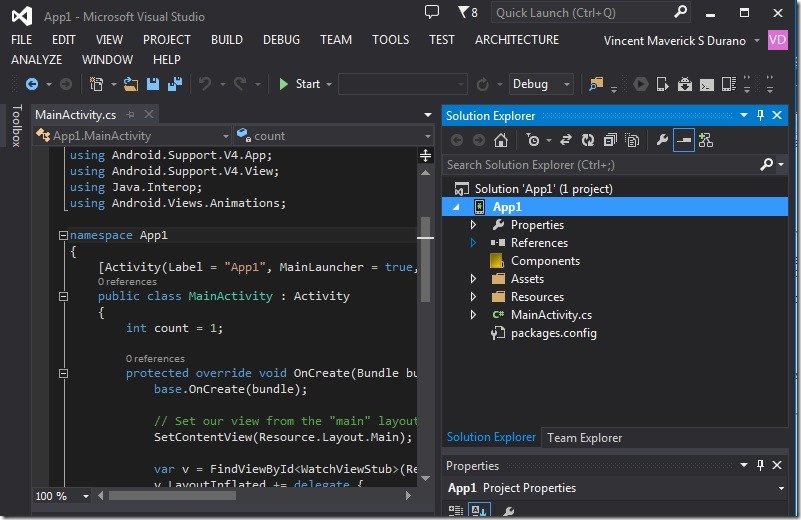 That was easy right? Here's the Anatomy of Xamarin.Android Application that is taken from the official documentation here:http://developer.xamarin.com/guides/android/getting_started/.

In order for us to run the application we need to first setup an emulator. You can create one by following these few steps:

Go to Tools > Andriod > Andriod Emulator Manager or simply click on the AVD icon at the tool bar. See below:

The Android Device Manager window should show. This is where we can edit, start, create, delete or repair virtual devices. Now just click on the "Create" button. The following window below should open which allows you to select the device that you want to create. In this case, we just need to create a virtual Android Wear Device for us to run our application in the emulator. 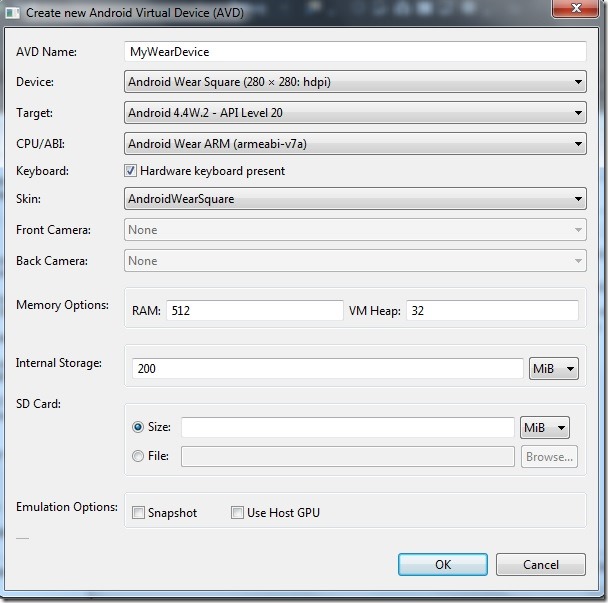 Once everything is set then just click OK to create the emulator. Once done then you should be able to see the device that you have just created. 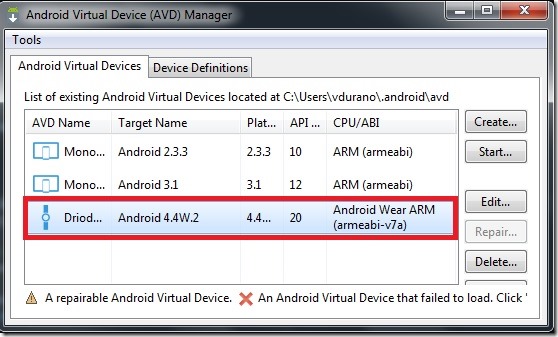 Just click Start > Launch to run the emulator at the background. Note that it may take some time to load the emulator. When the emulator is loaded and ready, you should be able to see the name of the virtual device that you had just created in the start debugging dropdown like below:

Now set your application as Startup project and then run it by pressing f5. Here's the sample output of the wear application that is running within the emulator. 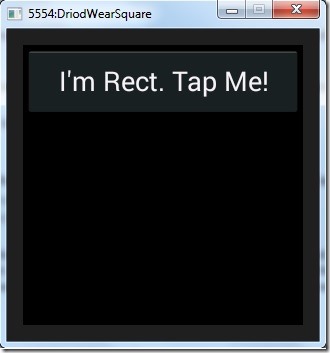 If you want to refer wear app examples then just visit this link:http://developer.xamarin.com/samples/android/Android%20Wear/

That's it. I hope someone find this post useful!

In my next blog post I will demonstrate how to do debugging, installing and un-installing wear apps within a real wearable device. So stay tuned! ;)