The characteristics of a Thin Client are as follows:

In summary, a Thin Client just establishes a socket connection to a standard Ignite node and performs all operations through that node.

In this article, we'll focus on Node.js and see how we can quickly use this with Ignite. 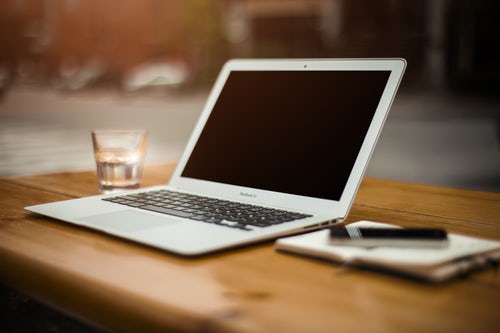 In order to use Node.js with Ignite, we need the following:

In the following examples, we will use an Apple Macintosh computer running macOS Mojave.

We'll use the binary distribution of Ignite, which can be downloaded directly from the Apache Ignite download page.

An easy way to install Node.js on macOS is to use Homebrew. This is as simple as typing the following in a terminal window:

Once the installation is complete, we can check the software version as shown in Figure 1. 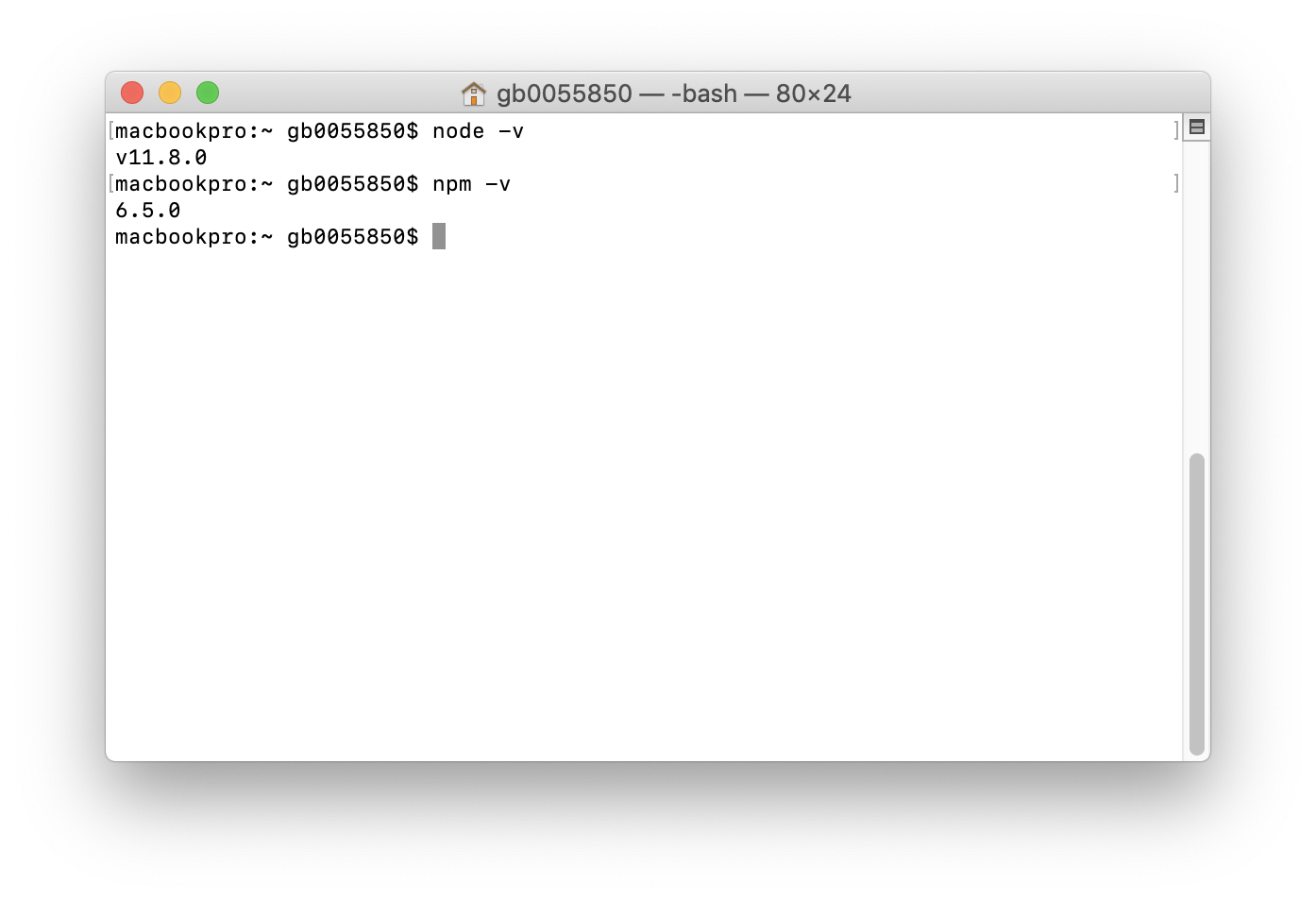 Node.js source code or installers for other operating systems can also be downloaded from the Node.js website.

Next, we need to install the Node.js Thin Client package for Ignite. The quickest way to do this is as follows from a terminal window:

The output should be similar to Figure 2. 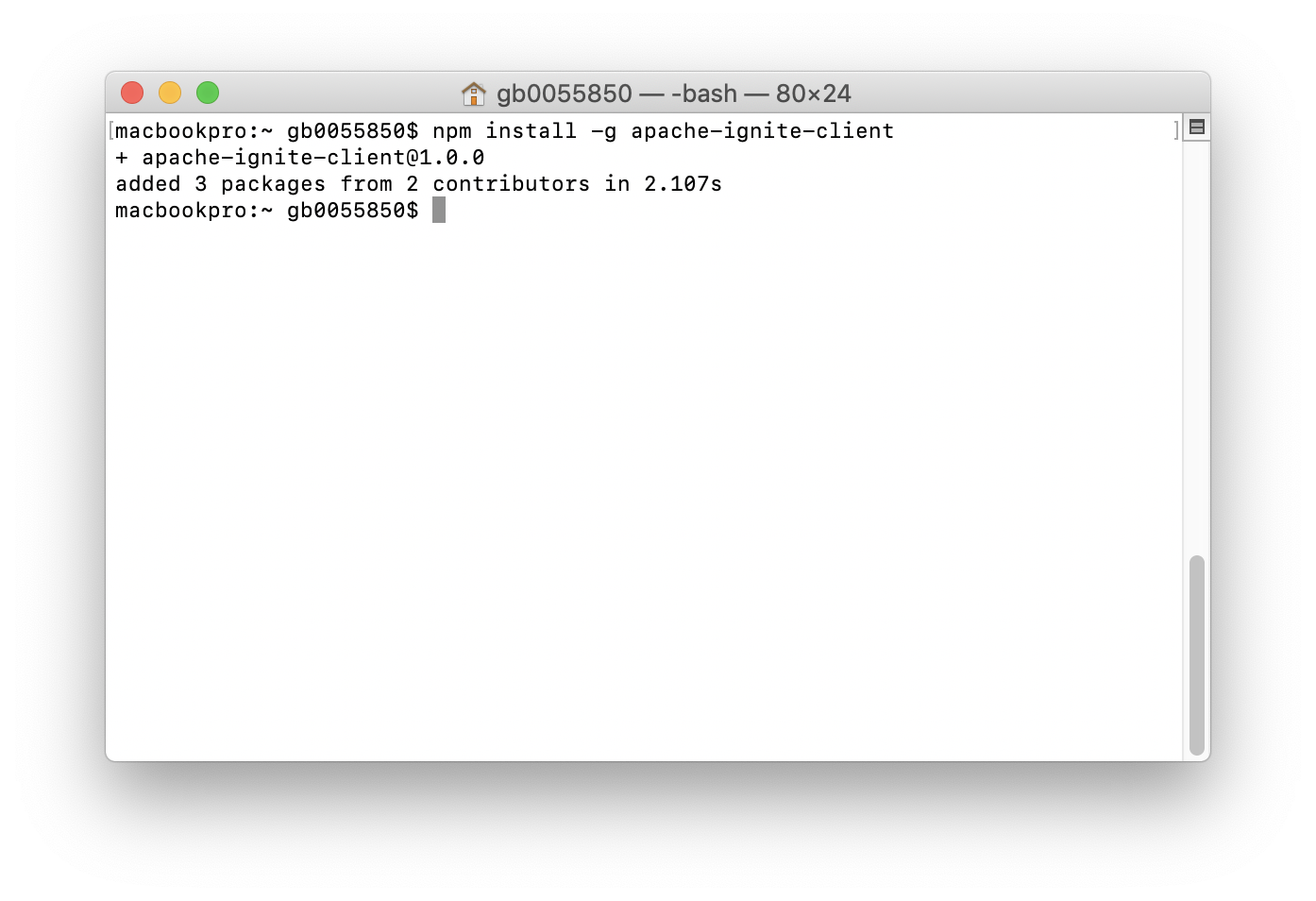 We can also build the Thin Client from sources, and the official documentation contains full details on how to do this.

Ignite ships with a number of Node.js examples. However, before we can use them, we need to start at least one Ignite server node. We can do this as follows from a terminal window:

The variable $IGNITE_HOME being set to the Ignite installation directory.

The output should be similar to Figure 3. 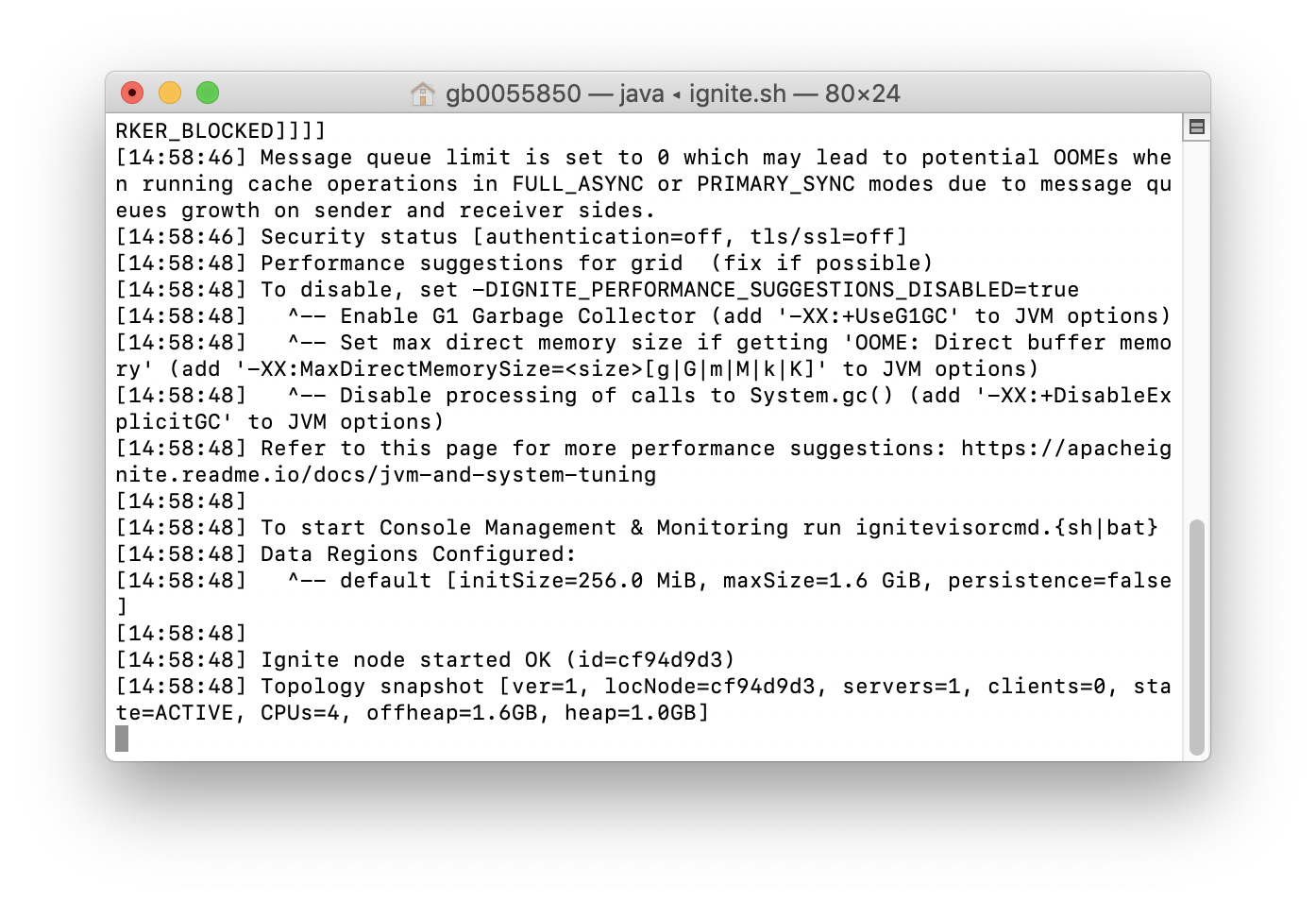 Next, we need to link the Ignite Node.js examples. We can do this as follows from a terminal window:

We are now ready to try an example, and from the terminal window in the examples directory, we can do the following: 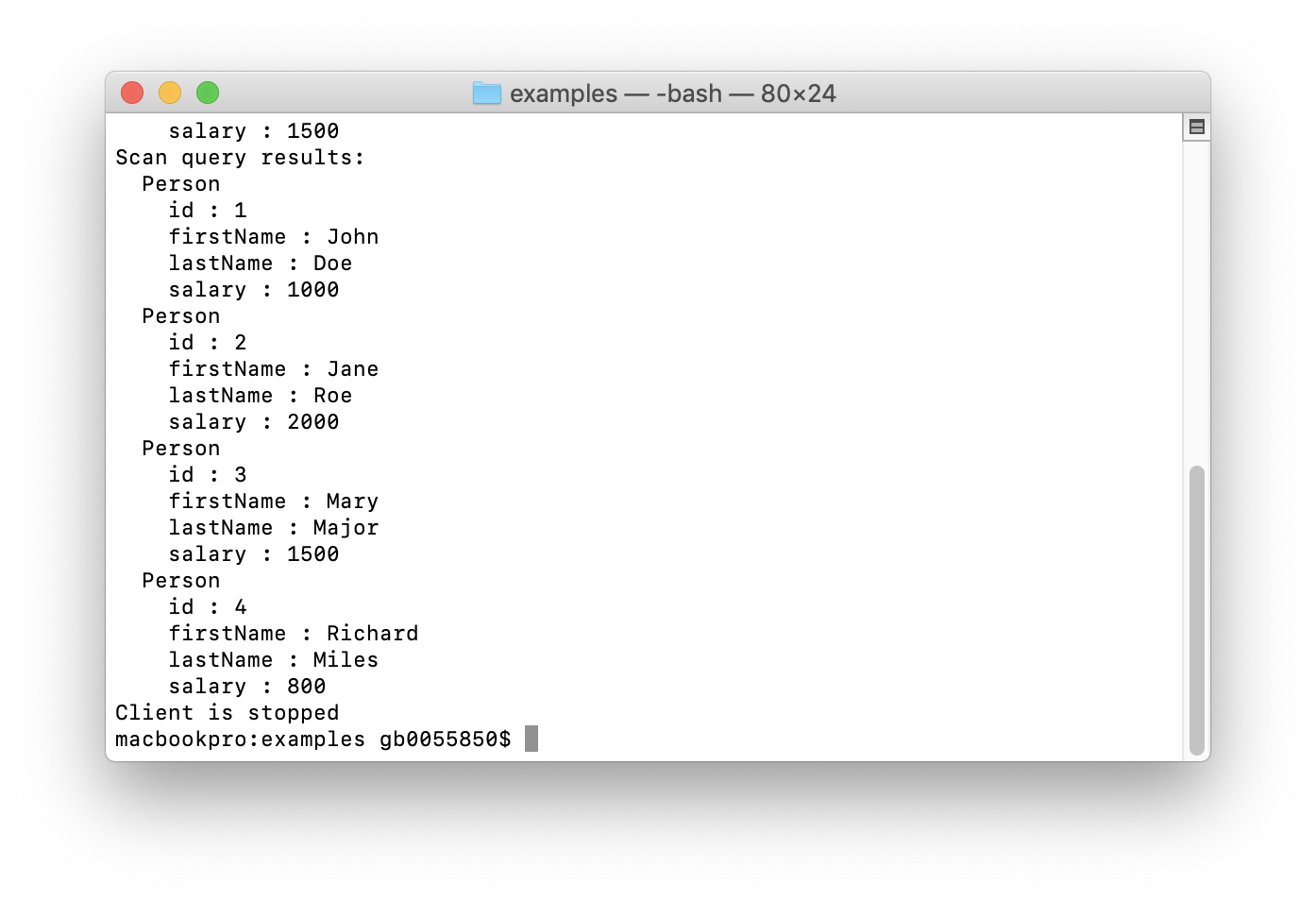 is copied one level up, so that we have the following:

Also, in the CachePutGetExample.js file, we need to comment out the following line:

Once we have done these steps, we can restart our Ignite server node, start the Web Agent by navigating to the directory where the Web Agent files have been unpacked and run the following command:

and run CachePutGetExample.js again. From the Web Console, if we navigate to Monitoring > Dashboard > Caches, we can see that Ignite storage has been created with four Primary values, similar to Figure 5.

There are additional Node.js examples that ship with Ignite and these can also be tested from a terminal window. The official documentation contains further details about the Node.js Thin Client for Ignite.