LINQ is an acronym for Language Integrated Query, which describes where it’s used and what it does. The Language Integrated part means that LINQ is part of programming language syntax. In particular, both C# and VB are languages that ship with .NET and have LINQ capabilities. 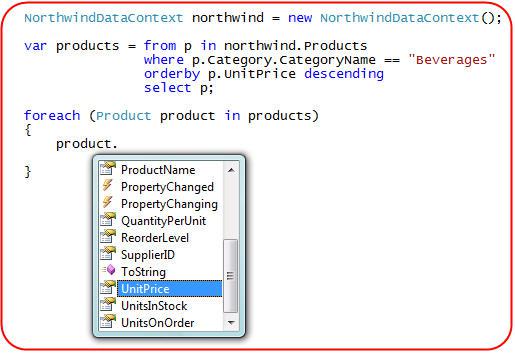 To use LINQ the first thing you need to do is add the LINQ using statement.

In your code, you need a datasource. For this example, I am going to use a simple array, but it can be anything, like SQL, XML, etc.

Next, you need a LINQ query. (Note: I know the Q in LINQ means query, so I have just written query query. If you are one of those people who hates seeing the phrase "PIN number," then you might not like this blog post.) A LINQ query is very similar to a T-SQL query, so if, like me, you are good with databases. this should make sense to you.

In T-SQL you can have:

In LINQ, this becomes:

Finally, you need to do  something with the query you have written. I am just going to print the results of my query to the console.

What Other SQL-Like Syntax Can I Use?

In T-SQL, you can control ordering using ORDER BY. LINQ has a similar syntax: orderby.

In T-SQL, you can use GROUP BY. To do something similar with LINQ, use:

This now requires a change to your foreach loop so you can list what you are grouping by and what items are in that group:

So you thought joining tables was a SQL Server only thing? Think again — you can do this in LINQ:

There are loads more LINQ functionality that you can use. While writing this blog, I found this site, which has loads of examples of different queries that you can write with LINQ.

This has inspired me to use LINQ more in my code and learn more about the different queries that could be written.