VirtualBox is a high-performance, cross-platform virtualization engine for use on co

mputers running Windows, Linux distributions, and others. Designed for use on Intel and AMD x86 systems, VM VirtualBox can be deployed on desktop or server hardware. As a hosted hypervisor, it extends the existing operating system installed on the hardware rather than replacing it.

VirtualBox includes a hypervisor for the host platform, an application programming interface (API) and software development kit (SDK) for managing guest virtual machines, a command-line tool for managing guests locally, a web service for remote management of guests, a wizard-style graphical tool to manage guests, a graphical console for displaying guest applications on the local host, and a built-in Remote Desktop Protocol (RDP) server that provides complete access to a guest from a remote client. 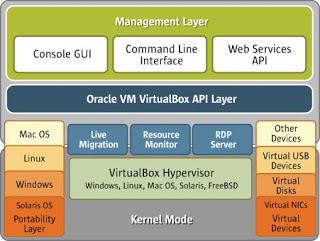 VBoxMananger is the command line interface to VirtualBox. If you put a command from VBoxMananger into the console, is possible see all commands and how they interact with the VirtualBox API. 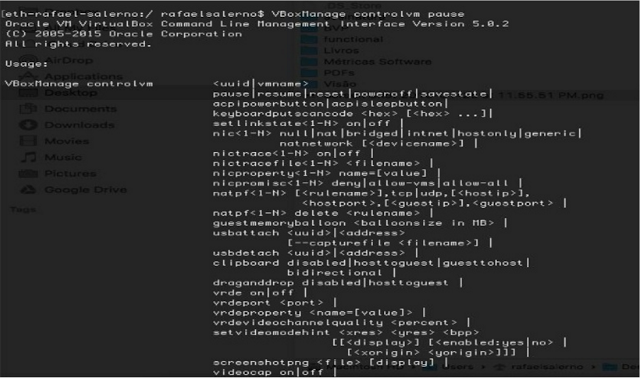 It is possible to create VMs with the command line, but is necessary to have ISO to the system operation that you want installed.

VBoxMananger is the tool that Vagrant uses for samples to create environments.

There are three types of networks: 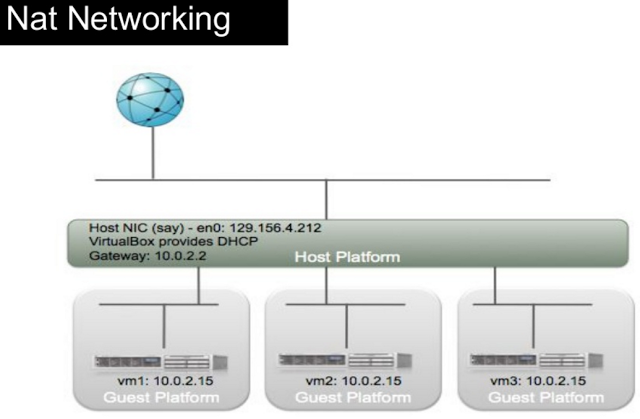 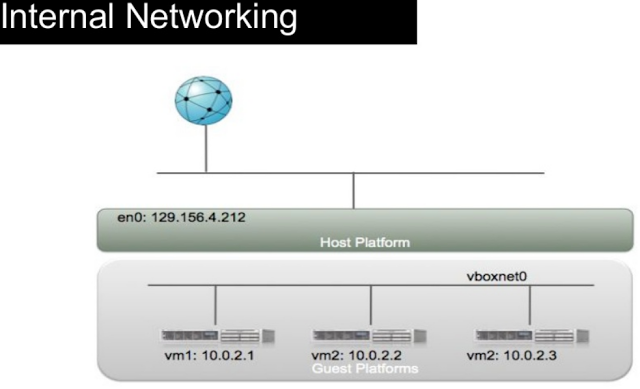 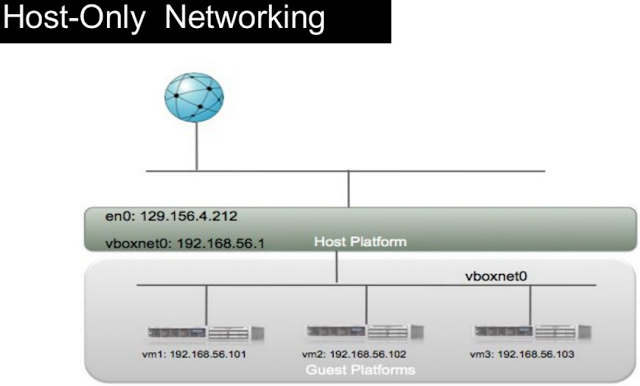 In this post, I focused on one difficult point people I know tend to bring up (VirtualBox API and VirtualBox Network). These solutions are what worked for me. Let me know what you think in the comments below.