Git is an open source version control system which keeps the source code and tracks the changes in it. Git is mainly used for source code management in software development, where we keep source code in the git repository/directory/branch and it gives centralized access to the team. Git also keeps track of changes. Git has a set of commands and git cmd is used to perform git operations, like create a repository in git, create a local copy of the repository, create branches, add files, commit the changes, push the changes to a remote repository, and many more. Here is the list of all the git operations.

Microsoft Visual Studio has a Git client built-in directly into the IDE. We can perform most of the source control operations on git from Visual Studio directly. Visual Studio 13 update 1 has great support with git.

A git repository, also called a repo, is a folder on the git which is used to keep and track project files and changes. The new repository can be created while creating a new solution in VS, simply by selecting "Create new Git repository."

We can also create a repository from an existing solution. Go to Team Explorer and click on the "Publish" button in the bottom. It will create a new Git repository and open a "Publish view" to push the code to the remote Git repository. 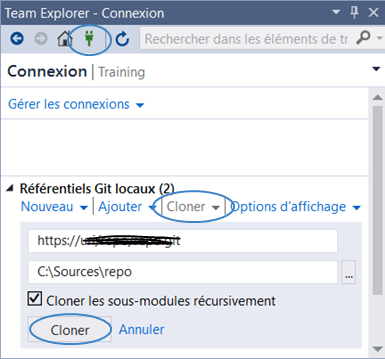 Now, we have a copy of the repository. Make changes to the branch in files and perform another git operation.

To see the uncommitted changes and files, go to Team Explorer and click "Changes." 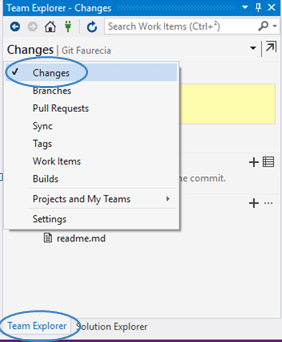 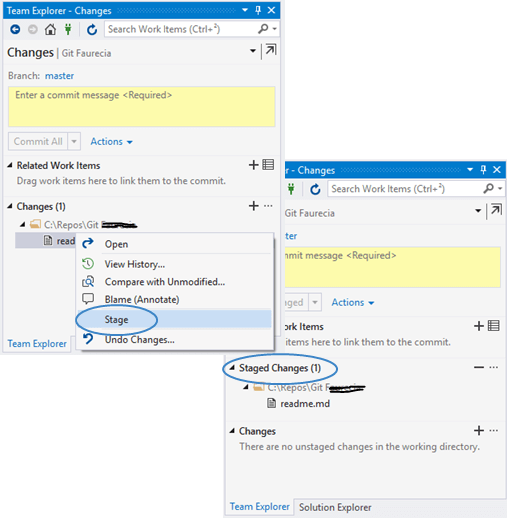 To Commit/Push, you need to put some text in the comment area before committing the changes.

You can choose from three options. 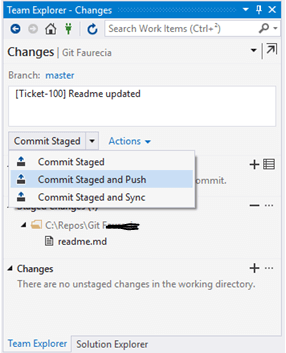 The committed files will disappear from the change list and the commit id will be displayed. 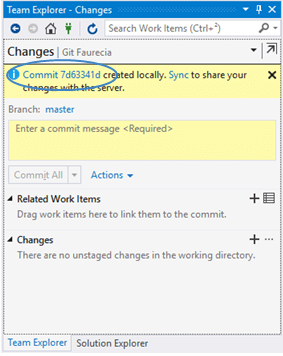 To push locals commits to a remote server, go to Team Explorer Synchronization and click "Push." 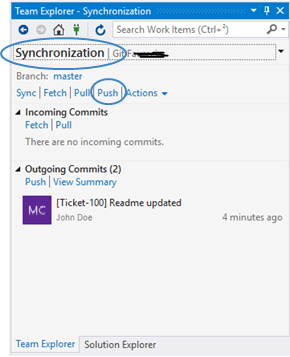 Visual Studio does not support this feature for now. You have to either stash in the command line or with a third-party software (SourceTree, …) or you can install a VS extension.

Go to "Team Explorer" and click on the branches. 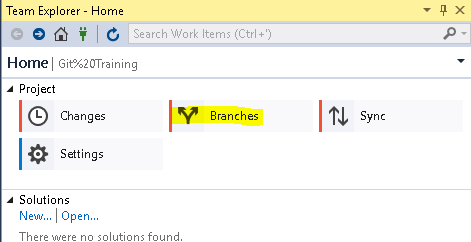 You can change the current branch by double-clicking on the branch (All the files are instantly updated). 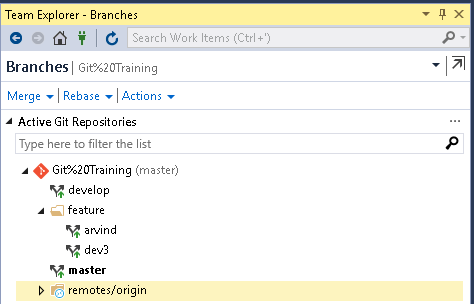 But if you still have modified files in the current branch, you cannot change the branch first. You have to commit, stash, or cancel the modifications. 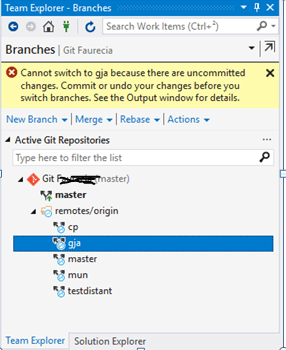 Your recently used branches are available in the bottom shortcut of Visual Studio. 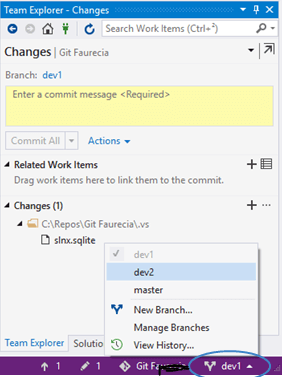 To create a new branch, go to the Team Explorer, click on “New Branch,” and you will have to indicate

If you want to, switch to the branch you create (“Checkout branch”, but not like the TFS meaning) 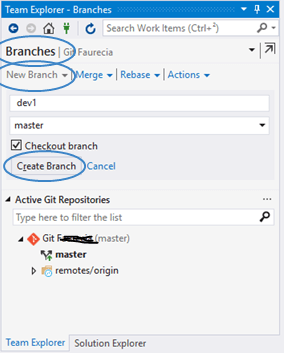