The most prolific companies of our time are run by former developers. That's why I brought in former developer turned CEO and DZone core member, Stephen Magill, to chat about what it takes to make the jump from developer to business leader.

Stephen Magill is a former research developer turned CEO. Dan Lines was promoted from team lead to VP of Engineering almost overnight. On this episode of the Dev Interrupted podcast Dan and Stephen discuss:

Stephen joined the Dev Interrupted discord community for an amazing AMA this week. Click here or on the image below to join our community of dev leaders and catch up on the AMA asynchronously. 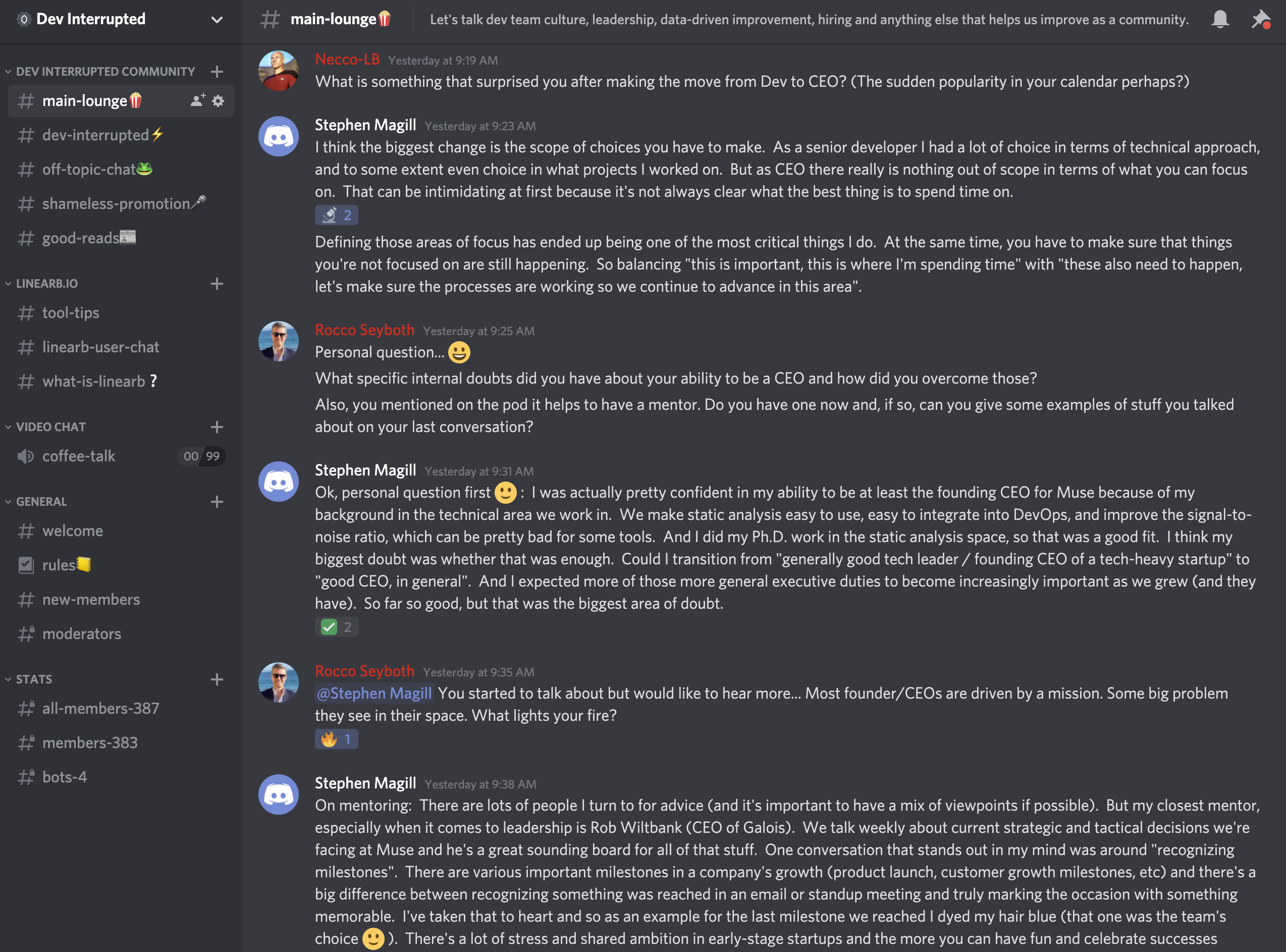 I've put together a couple of my favorite metrics related articles: