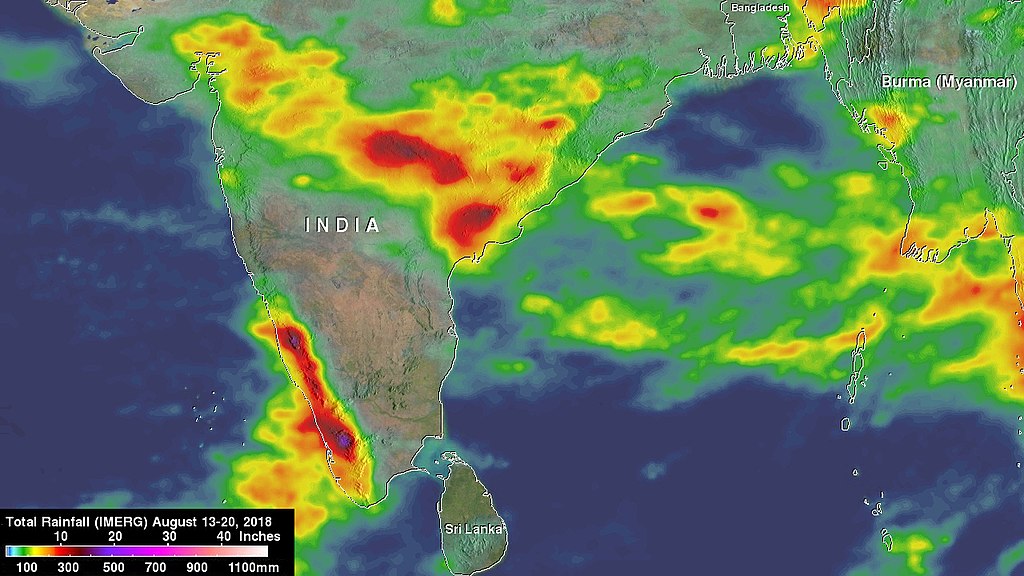 This map shows rainfall totals during a week of the 2018 monsoon season. Google's detection and alert system now largely includes the northern region in red.

Most AI stories in the news these days are, let’s be honest, pretty damn terrifying. Not only are machines about to steal all of our jobs, but they may also end up killing us. Literally.

Thankfully, though, this is not one of those stories, because Google has given me something decidedly less anxiety-inducing to write about: The company has just announced that its AI-based flood detection and alert system will now cover millions of people living in India in time for this year’s monsoon season, which begins next month.

While the coming of the rainy season is a boon for the nation’s farming community, it’s also a double-edged sword, since the flash flooding and catastrophic landslides that invariably come along with it kill hundreds of Indians each year. In fact, Google reports that 20 percent of all flood-related deaths occur here.

But Google is hoping that this year will be dramatically different, at least in the northern regions now included in its models. While the company partnered with India’s Central Water Commission last September to collect the data necessary to roll out warnings for the Patna region, they will soon be able to reach more communities along the Ganges and Brahmaputra rivers, India Today reports.

“To help improve awareness of impending floods,” engineering VP Yossi Matias wrote in a blog post following last year’s pilot, “we're using AI and significant computational power to create better forecasting models that predict when and where floods will occur, and incorporating that information into Google Public Alerts. A variety of elements—from historical events, to river level readings, to the terrain and elevation of a specific area—feed into our models.”

“From there,” he continued, “we generate maps and run up to hundreds of thousands of simulations in each location. With this information, we’ve created river flood forecasting models that can more accurately predict not only when and where a flood might occur, but the severity of the event as well.”

In a report published earlier this year, researchers from Google, the Israel Institute of Technology, and Bar-Ilan University corroborate this accuracy. "Based on past events," they wrote, "our model’s flood extent estimates are accurate down to a spatial resolution of 300 meters, achieving over 90 percent recall and over 75 percent precision."

We certainly hope this holds true for this year.

More detailed information about the project can be found in the above referenced report.