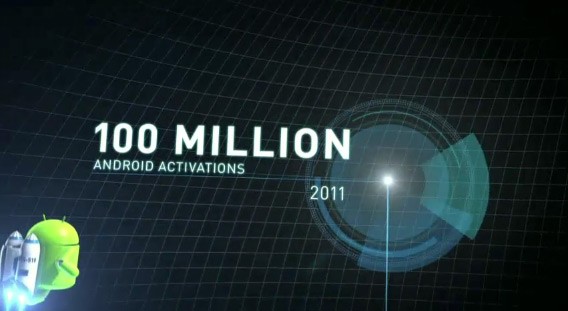 wow… what a keynote.

there is usually no disputing that steve jobs’ keynotes are the best in terms of delivery and content, but i have to say that google io’s keynote this year is the first time where i think that google actually topped that. jobs still reigns supreme in charisma and stage presence, but when it comes down to content, google’s keynote this morning was, simply put, overwhelming.

i’m still digesting it all so i’ll just focus on the highlights right now.

the big announcement was, of course, google music. this is actually not the most impressive technological achievement of the morning, since the service seems to be extremely similar to amazon’s and persistent rumors these past few days took away some of the surprise. however, i believe that apple is now lagging behind in music cloud area for two reasons:

this last point is important. not so much the requirement for itunes, which doesn’t get a lot of love, even from apple enthusiasts, but the fact that a cable is still required to transfer any kind of content to your iphone makes apple look like they are still living in the 90′s. it’s all the more surprising since apple is claiming to usher us into the “post-pc” era, but they are now the only company still requiring a pc to manage your phone.

apple is going to have to embrace over-the-air updates if they want to compete.

back to the google music announcement, i’m looking forward to trying it but the only reason why i might be tempted to switch to it instead of using amazon’s (like i’m currently doing) is if they allow me complete download access to my library once i have uploaded it on google’s servers (amazon doesn’t, as far as i know). another advantage of amazon over google here is that amazon lets you purchase music, and these purchases are automatically added to your cloud drive.

also, it looks like google wasn’t able to reach a licensing deal with the music majors but decided to launch their service anyway, following in amazon’s footsteps. there are persistent rumors claiming that the reason why apple still hasn’t launched their cloud service is because they are still trying to negotiate such deals. time will tell whether this matters or not.

the other interesting point of the keynote was to see andoid grow way, way beyond phones. i’ve always heard rumors of seeing android on mundane devices such as photo frames or cars, but what i saw this morning makes me think that in a few years from now, i’ll be surrounded with android devices in places that i would never have suspected. work out stations, home appliances and the arduino toolkit ( very excited about this one) are just the beginning of the android tsunami. i am definitely going to keep a very close eye on project tungsten, and if i were sonos (which is an awesome product), i would be very nervous right now because android is looking like the first very credible threat they have ever faced.