I/O is Google’s annual developer conference that started in 2008 with a focus on Chrome OS, Android and Google APIs. Google I/O 2015 was held on May 28–29, 2015 at the Moscone Center, San Francisco.

Last year, I rounded up Google I/O 2014. Before we look at this year, let’s recap last year’s highlights.

This year, Google revealed plans for the following:

Google has announced its next Android version, Android M. It has some improved features for users. Firstly, Google has made its new Operating System Android M App Permission feature easier. This would be done by apps avoiding asking for lengthy permissions upon installation. However, it will ask for permission if your app needs to use camera or other features.

Chrome custom tabs was also launched which will allow websites like Pinterest to add buttons and menu items to the browser. This will make a Chrome Tab feel like an app.

USB-C for charging will also be adopted for charging the devices 3 times faster so that other devices can be charged from the tablet and smartphone.

Android Pay: An alternative of Google Wallet to compete with Apple Pay

Google finally released an alternative to Google Wallet. The introduction of wallet didn't have much success, but Android Pay is considered to give tough competition to Apple Pay. Now pay without opening the app and just tapping.

Android Pay supports KitKat and higher versions. Additionally, it will come preinstalled by Verizon, AT&T and T-Mobile. Google is expecting more than 700,000 stores will accept it initially as it has an option for in-app purchase or through tap on NFC sensor to pay for physical goods at retail stores.

For authenticating payments, you can use fingerprint sensor, if your phone supports it.

Here comes something for hardware lovers. Since Google cardboard launch, the size of phones are getting bigger. For this, a new version will be released by Google. For developers, they will launch SDK for Android as well as iOS. They have also launched a cardboard app on Apple AppStore.

Google is strengthening the role of Android Wear in the market. It announced some new apps for Android Wear smartwatch operating system. Android Wear update will include an “Always on” feature to avoid users to tap on the app to wake up the app. As the screen will always on, there was a need to save it from getting exhausted. However, the apps will also be always on, but with low power black-and-white mode.

For loading apps faster, a new app launcher is designed. The navigation through Google Maps has also been improved, since the directions will remain on the screen and glanceable as you move. According to Google, there are approximately 4,000 apps designed for Android Wear.

Now on Tap is Google's attempt towards incorporating Google Now. They’re making it appropriate enough to help you in day-to-day life. Now cards will come with relevant information if you're in app, or web browser or even when reading an email. As said, Google is now doing everything to make implementation easier.

Internet of Things is a hot topic today and as expected Google haa launched its own browser for IoT devices. The browser is named as Project Brillo.

It is based on Android, therefore it will have connectivity options. These options come with Wi-Fi and Bluetooth Low Energy setting. It is ready to use since it intially provides various security features. 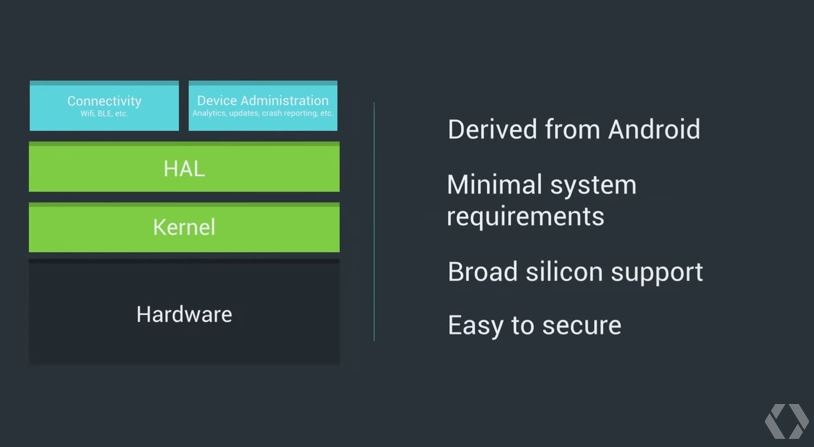 Android smartphone users can now control devices in their home. This will happen when Project Brillo with Google weavers communicator language will be available. For communicating between the Brillo OS, a new language Weave is introduced.

Chromecast on Android was not the topic of discussion this time, instead something new was on Google's mind. It was HBO now being part of Android and availablity of its app on Play Store. This ended Apple's exclusive access.

Finally, Google has released an app to backup photos and that unlimited and free. It will have some amazing features such as searching on the basis of People and Places. This will not require the addition of tags. It can also create auto create a movie based on the recent content. 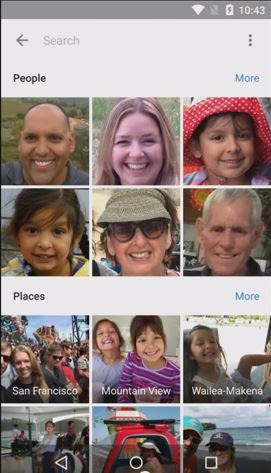 Google Photos is currently available on Android, iOS, and Web.

Google also focused on Virtual Reality in it's I/O keynote. For recording VR video, Google announced “Jump”, a camera rig system. This would be for creating and sharing virtual reality footage. It can also record in 360 degrees.

Google also discussed about its apps availability in countries with limited internet connectivity. So, it focused on providing offline apps.

Google announced offline apps to access Google Maps and location search and directions with no internet connectivity. These offline maps will be available later this year. This is definitely a tremendous step towards offline connectivity after launching Offline YouTube in developing countries.

Google announced partnership with Udacity to offer a six month course. This course will teach them Android and its cost is $200 per semester for getting Android Nanodegree.

Google ATAP introduced this project to control the devices using touch sensitive threads that can be woven into fabric. This will allow in controlling your device from let say the sleeve of your shirt. For this, initially they have partnered with Levis.

The ATAP demonstrated the working prototype of Google’s modular smartphone. However, this was also discussed in DevCon2: Project Ara's Developer Conference.

Project Vault is an entire computer in the form of an SD Card, whereas Project Soli is looking towards a way to access devices using only hand motions instead of stylus and touch screens. ATAP is working for it and using radar to make Soli work even from longer distance.

Android M will be available to users in Q3 2015, but developers can download it to start building apps. This would be possible since Android M Developer Preview & Tools are available now.

Google introduced Android Studio v1.3 Preview and Polymer 1.0. Furthermore, Google will also launch Cloud Test Lab to automate app testing across 20 devices for providing crash reports. Cloud messaging to iOS will also be launched which will allow only to receive updates relevant to them by subscribing.

Google demonstrated the usage of Project Ara Modular phone and also introduced Google Wallet’s alternative Android Pay and HBO Now on Android. This itself says that Google will not make things simpler for Apple.

Sundar Pichai, Google’s Senior Vice President concluded by saying “it's about putting technology to work on important problems that users face and do it at scale for everyone in the world”. As said, Google is focusing on making life simpler for users around the world.