Join For Free
Google I/O 2012 is over. There's a lot of new information to go through and sessions to watch. Google took Android to a new level and brought Android tablets with. Looking at the announcements including the new hardware Google is finally making Android tablets relevant for the large audience. While ICS tablets like the Asus Transformer series have been great even before they have been suffering from perception that there are no tablet ready apps available for them. Android tablets, while technically great, have suffered from the old chicken and egg problem: not enough tablets sold so devs didn't always feel that they should invest building responsive and scalable UI and buyers didn't feel that they should buy the hardware due to the lack of apps. It think that what we saw in the I/O conference is now going to change that.

Nexus 7 is the new Nexus tablet built by Asus and designed in cooperation with Google's designers. The tablet is being sold at a very low price point of $200. It's also not limited to the US and will most likely make its way to all over the world soon(ish). The tablet is getting great reviews in tech blogs which probably has a positive affect on sales. We finally have a Android tablet that is going to sell well. 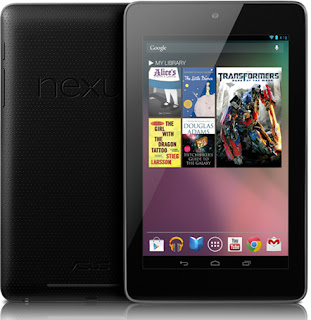 The hardware is one part of the puzzle and software is the other. Google released a new version of their ADT Eclipse plugin. The ADT 20 has a lot of improvements (see the I/O session video) but one big theme is support for multiple screen sizes.

One of the greatest new features is activity templates. We've been promised to see more of them in the future but already the ADT has couple of very interesting ones. When creating a new Android project you can make the tool to generate a ready template for your app which automatically adapts to smaller and larger screens using fragments and responsive design approach. This makes it much easier for developers to get started with responsive approach in their apps and build the tablet UI. 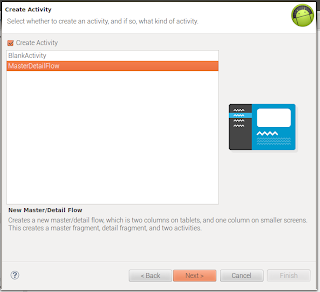 Here are example screenshots from the generated app. Note that I haven't done a single line of programming for this example. This was generated by the tool. The app shows a side by side split view on a tablet but shows two different activities on smartphones. 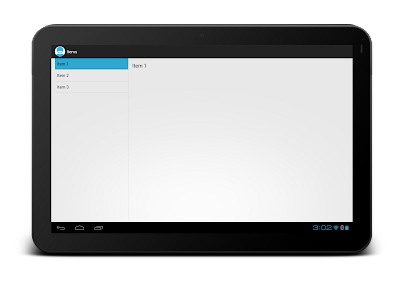 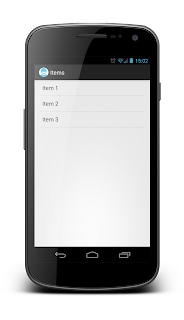 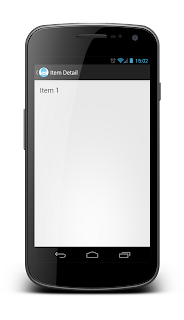 You should definitely take a look and play around with the activity templates. They are good examples of best practices and patterns.

One thing that Google has been criticised for is the lack of tablet UI in their own apps, especially in Google+ app. In the IO they finally announced a tablet design to the Google+ app and updates to many other apps. They are now leading by example. Next step: an awesome offline capable office suite for Google Docs please. 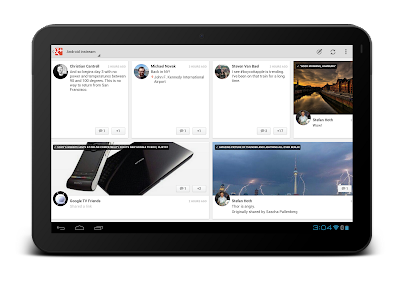 One think I still find to be lacking is app discoverability on tablets. The Google Play has thousands of apps and most of them do not scale nicely to larger screens. But there are apps that do. Many of them! Finding them is painful though. You cannot know if the app is tablet ready or not before installing it unless the developer has included tablet screenshots of it.

I know that automatic filtering is not possible as Android apps work on tablets regardless of the UI scalability. There are things that Google could do to improve this situation. If developers who invest the time and money to design and build a scalable UI would get more visibility in the Google Play there would be more benefits for doing it. At least I'd hope that  the "Staff Picks for Tablets" section would only contain apps that have a great tablet UI (which is not the case now).

Just a "featured" section is not enough. When I'm searching for Twitter client on my tablet the first result is the official twitter app that is nearly unusable on tablets. There are twitter apps that are good on tablets but how do I find them? Am I supposed to try them all? No. I think the tablet apps should be on top of the search. 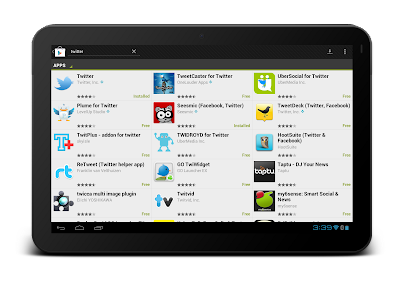 How could this be done as automatic filtering can't be done based on the manifest file. I think that the best option would be to let developers tell the system whether or not their app is tablet ready or not. I believe we could trust developers to be honest as abuse of the system would very likely lead to bad reviews and getting bad ranking in the Google Play. The Google Play client could then prioritize tablet ready apps when user is searching for apps on tablets or show a badge, not unlike the top developer badge, for apps that are tablet ready.

Anyways, Android tablets just became very relevant. You should make sure that your apps have a tablet UI on 7" tabs as well as on the larger ones. I should do that too. My own app doesn't have a tablet UI but it will soon.
Google (verb) app Android (robot) Space (architecture)