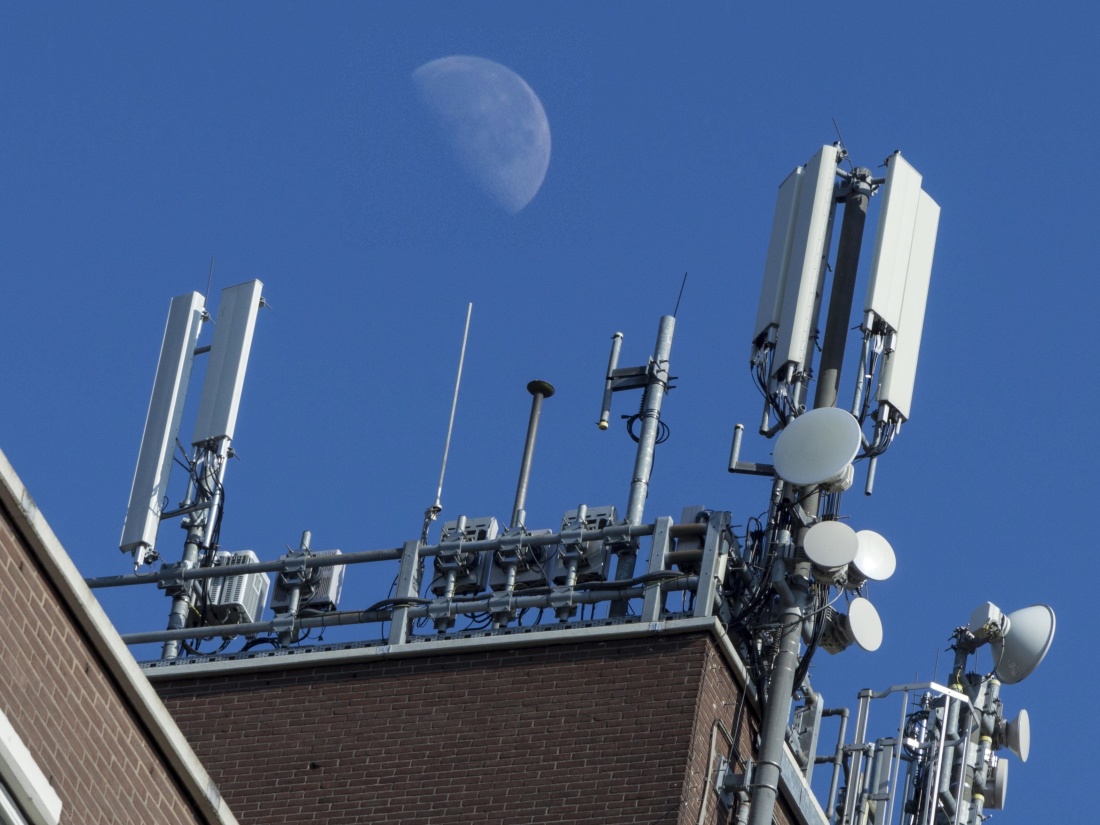 These days, the Marc Andreessen “Software is Eating the World” maxim seems universally accepted — or at least, it is popular enough that if a tech person mentions it at a cocktail party, those who know nothing about software nod their head in agreement and the tech people all groan.

It’s basically understood that in our Internet-enabled world, technology equals software, even though the reality is more nuanced. And even the cloud, the grand enabler of the latest software wave, is itself being eaten alive by the software movement it has spawned, with cloud-native ecosystems such as Docker and Kubernetes devouring the value of verticalized cloud providers and offering a portable software experience across any infrastructure substrate, spanning architectures, providers, and form factors. Boy, it’s a good time to be in software! 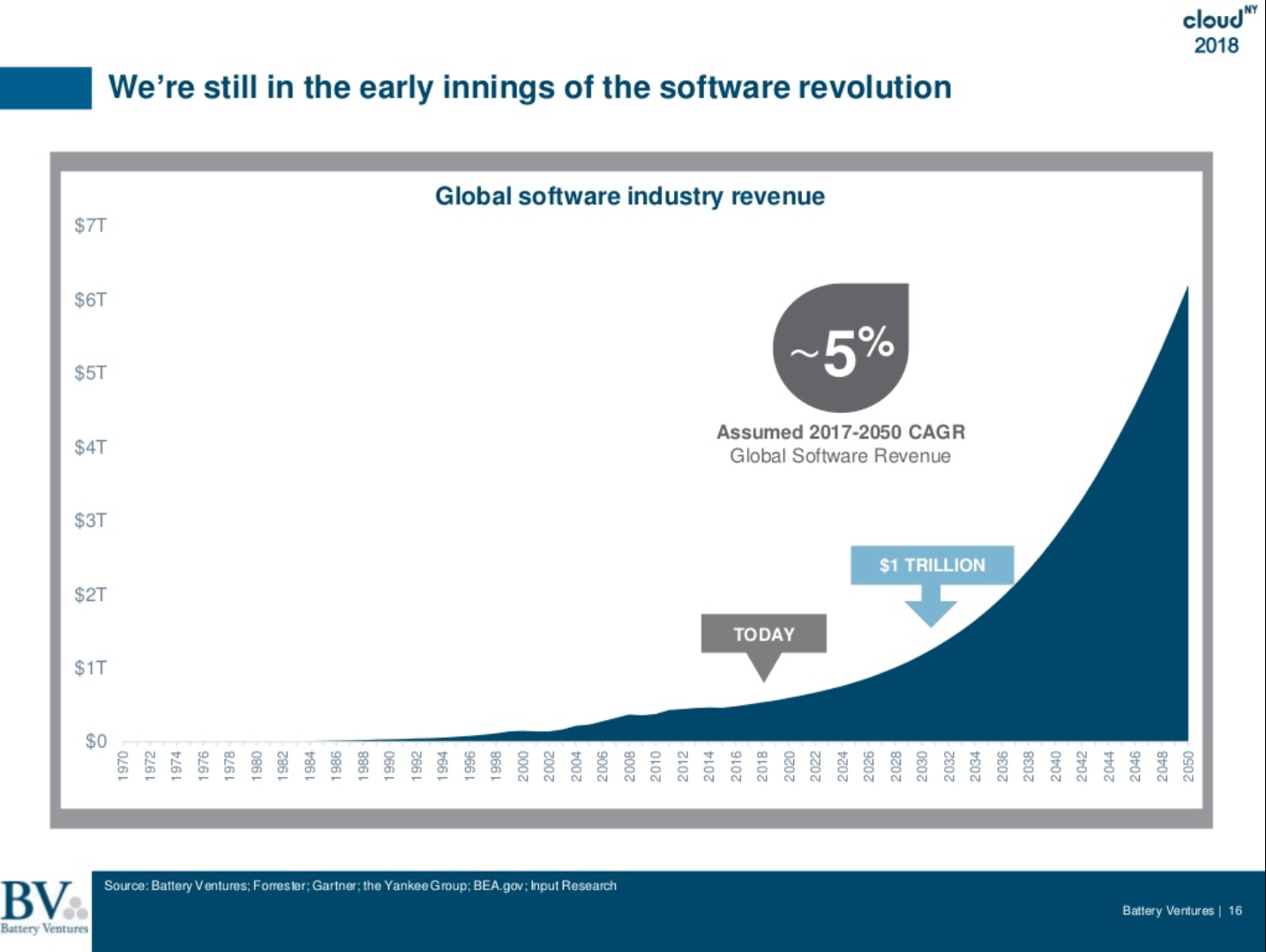 I’m lucky enough to count Battery Ventures as an investor in Packet — and each spring Battery Ventures throws a conference called CloudNY. Last year, Battery VP in Boston Logan Bartlett and general partner Neeraj Agrawal brought up the money slide — the annual market of software since 1980 — and it was a revelation for me. There is no doubt the industry of making and running software is massive and permeating every facet of our lives — from the fat in buying a used car to the science fiction-style retail store experiences being created by machine learning.

But that huge, expansive software industry of 2019 isn’t what got me. It’s that, if you grow the software industry by slightly faster than inflation (say 4 percent per year), by 2040 when my kids are 30 years old, software is a $4T market! Holy compilers, Batman!

Is Wireless the Last, Unconquered Frontier for Developers?

As you can tell, I’m a big believer in the power of software and its habit of innovating on itself, creating change, opportunity and disruption along the way. Heck, it’s the reason why we started Packet nearly five years ago: to help fuel that kind of innovation regardless of what hardware a developer wished to use or where it was. It’s also why we’re investing so heavily in a “go anywhere” Edge model that takes the infrastructure opinion of developers and puts it where they need and want to use it.

Over the past year, we’ve engaged deeply with customers pushing toward the edge of the network—including several of the top wireless businesses—and I’m constantly astounded by the size of the wireless industry.

Every day, consumers and businesses spend a massive amount of time on wireless networks. In fact, the business of global telecoms and related infrastructure is a roughly $1.3 trillion-per-year market, per Statistica.com. That makes the world of SaaS software look painfully small (coming in at a paltry $95 billion this year, with total cloud revenue from all sources hitting $278 billion in 2021, according to Gartner). We talk about global investments from the big Internet companies in infrastructure, but that is still outpaced five times by those putting radios on towers or glass in the ground.

What’s fascinating is that much of the software that runs this huge, $1 trillion market is still defined by vertical integration on radios, switches and network appliances that takes 12-18 months to test and deploy. The software velocity (and variety) that we’ve come to expect as commonplace in “the cloud” is not at all the norm in wireless.

What’s even more compelling is that the majority of software in the wireless stack, from the radios, to the packet core to the RAN itself, is controlled by a small handful of companies — less than 10 — again quite different from the zillions of CI/CD’d stacks we see powering new experiences across the rest of the internet.

If you think about the vertical approach of the telecom vendors selling hardware and software together, plus the complex mission-critical role wireless plays in our lives, it seems logical that this software ecosystem is still quite conservative.

But on the flip side, if I told you that there was a $1 trillion per year software industry that hasn’t been disrupted, that only a few people and companies touch, and that it was growing more important by the day—I’m not sure you’d believe me.

Last week, Packet and Federated Wireless announced a first-ever Edge site with direct Wireless Access for developers, something we’re calling the “Wireless Test Kitchen.” Along with SBA Communications, we put a mobile edge datacenter in the parking lot of a football stadium, filled it full of x86 and Arm-based server hardware, connected it with massive transport to major clouds and deployed Federated’s Spectrum Controller on some network-optimized bare metal (n2.xlarge) compute nodes.

If you don’t know much about Federated, or wireless in general, I suggest you study up. Federated is a leader in commercializing CBRS (Citizens Broadband Radio Service), which enables companies to dynamically utilize swaths of spectrum in defined areas, like an airport, football stadium or building, for instance.

So what’s next? Using our Boston area “Test Kitchen” as a starting point, and some gear from Federated’s robust group of partners, we’re inviting companies to build and test against wireless in a completely API-driven manner. Terraform apply LTE? I can smell it already!

Imagine deploying against standard cloud APIs, rolling cloud-native software end-to-end, and allocating dynamic spectrum assets over the 3.5Ghz CBRS band on the fly.  What you won’t need is:

With the combination of edge compute resources and on-demand spectrum, we see traditional barriers to entry for developers in the wireless world breaking down quickly. Car companies, corporate campuses, retail malls, municipalities, entertainment venues and other organizations might start to hack their own wireless applications and reinvent what it means to use API controlled spectrum with low-to-no latency compute powered apps. Most important, the cost factor is crazy. On rented 3.5Ghz spectrum, I can do AS MUCH traffic as I want and never pay a carrier bill.

And That’s Why Software Eats Wireless Next

I’m pretty sure that 2019 is not going to be the year of Linux on the desktop, but I am rooting for it to be the year that developers (and open, iterative, cloud-native software) start to infect the massive, fast-growing world of wireless.

In fact, we’re already starting to see it.

In addition to our partnership with Federated announced last week, this week at MWC 2019 we helped our friends at the CNCF and LF Networking launch their CNF (Cloud-Native Network Function) Testbed.

Their message to the telecom community is “come and try cloud-native functions on bare metal,” but I think the signal to the cloud-native community might be even stronger: bring your cloud-native disruption to the Telco stack.

We’re also seeing carriers embrace developer tenants. One of our clients, Sprint, is launching its Curiosity IoT network on API-driven bare metal provided by Packet in sites around the country.

It is 100 percent disaggregated software, deployed on cloud infrastructure with Ansible playbooks?