i’m not sure who is more excited about the cloud these days: hackers or venture capitalists. but certainly both groups smell opportunity. an interesting article published by cnet a little while back nicely illustrates the growing interest the former have with cloud computing. fortify software sponsored a survey of 100 hackers at last month’s defcon. they discovered that 96% of the respondents think that the cloud creates new opportunities for hacking, and 86% believe that “cloud vendors aren’t doing enough to address cyber-security issues.” 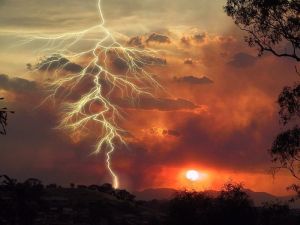 i don’t consider myself a hacker (except maybe in the classical sense of the word, which had nothing to do with cracking systems and more about solving difficult problems with code), but i would agree with this majority opinion. in my experience, although cloud providers are fairly proficient at securing their own basic infrastructure, they usually stop there. this causes a break in the security spectrum for applications residing in the cloud.

continuity and consistency are important principles in security. in the cloud, continuity breaks down in the hand-off of control between the provider and their customers, and potential exploits often appear at this critical transition.  infrastructure-as-a-service (iaas) provides a sobering demonstration of this risk very early in the customer cycle. the pre-built os images that most iaas cloud providers offer are often unpatched and out-of-date. don’t believe me? prove it to yourself the next time you bring up an os image in the cloud by running a security scan from a saas security evaluation service like cloudscan . you may find the results disturbing.

iaas customers are faced with a dilemma. ideally, a fresh but potentially vulnerable os should first be brought up in a safe and isolated environment. but to effectively administer the image and load patch kits, internet accessibility may be necessary. too often, the solution is a race against the bad guys to secure the image before it can be compromised. to be fair, os installations now come up in a much more resilient state than in the days of windows xp prior to sp2 (in those days, the os came up without a firewall enabled, leaving vulnerable system services unprotected). however, it should surprise few people that exploits have evolved in lock step, and these can find and leverage weaknesses astonishingly fast.

the world is full of ex-system administrators who honestly believed that simply having a patched, up-to-date system was an adequate security model. hardening servers to be resilient when exposed to the open internet is a discipline that is  time-consuming and complex. we create dmzs at our security perimeter precisely so we can concentrate our time and resources on making sure our front-line systems are able to withstand continuous and evolving attacks. maintaining a low risk profile for these machines demands significant concentrated effort and continual ongoing monitoring.

the point so many customers miss is that cloud is the new dmz. every publicly accessible server must address security with the same rigor and diligence of a dmz-based system. but ironically, the basic allure of the cloud—that it removes barriers to deployment and scales rapidly on demand—actually conspires to work against the detail-oriented process that good security demands. it is this dichotomy that is the opportunity for system crackers. uneven security is the irresistible low-hanging fruit for the cloud hacker.

cloudprotect is a new product from layer 7 technologies that helps reconcile the twin conflicts of openness and security in the cloud. cloudprotect is a secure, cloud-based virtual appliance based on redhat enterprise linux (rhel). customers use this image as a secure baseline to deploy their own applications. cloudprotect features the hardened os image that layer 7 uses in its appliances. it boots in a safe and resilient mode from first use. this rhel distribution includes a fully functioning securespan gateway – that governs all calls to an application’s apis hosted on the secured os. cloudprotect offers a secure console for visual policy authoring and management, allowing application developers, security administrators, and operators to completely customize the api security model based to their requirements. for example, need to add certificate-based authentication to your apis? simply drag and drop a single assertion into the policy and you are done. cloudprotect also offers the rich auditing features of the securespan engine, which can be the input to a billing process or be leveraged in a forensic investigation.