Yesterday I walked into the kitchen to see how lunch was going and my boyfriend handed me a knife, a part-chopped hard boiled egg and said “finish this, I need to have a shower”. As you do. Apparently there were two things that needed doing - “this” needed finishing, and I needed to keep an eye on the fish.

I’ve “paired” with him while we’ve made that salad before, and I can tell when a fish is burning. How hard could it be?

After I finished chopping the egg and putting it into the salad, I realised I didn’t know if that was the last thing that needed to go into the salad - when he said “finish this”, did he mean the whole salad, or just the egg chopping?

(This blog post will be vaguely about technology at some point. Probably.)

After searching for other eggs that might need to be added, and sifting through the salad to see what was already in there, I was still unclear about whether it was “done” or not, so I went to bother my boyfriend in the bathroom (this is not a euphemism).

“I told you there were only two things left to do” he said - it was so clear to him what the steps were to finish, that he couldn’t understand that there might be hidden assumptions in his handover. All he wanted was for me to finish chopping the (only) egg. Oh and mix it all up. Of course. When I checked if I was supposed to add the olive oil and the salt, the answer was “No, I don’t trust you to do that” (he’s right - I’m English, I didn’t even know you could put salt in a salad and certainly have no idea about quantities of olive oil. My Spanish boyfriend is genetically wired to know this stuff).

Despite the unclear instructions (“keep an eye on the fish”, if taken literally, could result in me watching it burn - fortunately I knew it was secret code for “remove it from the heat when it’s done”) we had a very nice lunch. 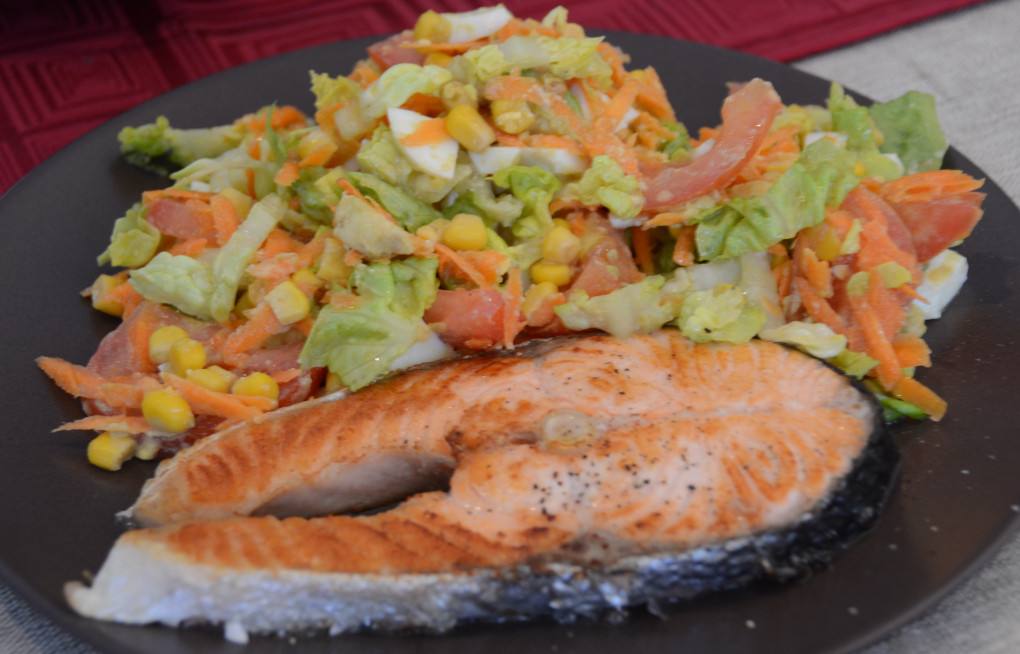 There are parallels between this, and what I was struggling with last week (hurrah, we get to the tenuous analogy!). I’ve been trying to do my first release for Morphia, the project I’m taking over for MongoDB. I know my colleague was working hard on an automated release script (one click releasing FTW), and I know he invested a reasonable amount of time in automating the release process (this is code for “I had a bad feeling about this”). I was going to be the first to try this out without his machine/settings/user. Yay?

On Friday night Justin gave me some tips of what was involved, finishing with “…and then .gradlew relase should just work”. Simples.

Day One: I struggled with the nexus plugin and permissions.

Day Two: I woke up with one of those ideas that hit you in the night and fixed that.

Then I spent two days trying to work out why the Git plugin wouldn’t let me log in.

Eventually I realised that for the whole time I hadn’t been using the local version of the gradle release plugin like I thought, but an older version. When I fixed that… I spent half a day proving I still had the same issue as before.

Finally, I commented out the code that wasn’t working, hard coded a bunch of values and used an old script to upload the Javadoc (don’t get me started on how long it took me to find how Maven was populating the release number, nor do I want to express the pain I felt at having to install Maven after being in love with Gradle for the last two years).

But of course, as a responsible human being, rather than high-fiving myself, cracking open a bottle of wine and knocking off for the weekend, next I need to prepare the handover for the next person doing the release. Not least because it’s probably going to be me, and my memory is shocking. I have two options:

In reality, option 2 still needs documentation because of the local properties that are required.

What I really want to do is crack open that wine.

But the moral of the story is: handovers are hard. And essential. And worse, often the person doing the handing over is doing so because they’re short on time and, for whatever reason, not responsible for the next phase of the project. Combine this lack of time with all the assumptions and implicit knowledge in that person’s head, and the information being transferred is likely to be… less than optimal.

And the handover receiver is now responsible for something they don’t have enough knowledge of and they’re not even aware of assumptions or unknown unknowns. If you’re handing over between departments or teams, they might not even have the right tools to find out how to progress (Ops teams and testers don’t always have access to the code, for example, and if they did might not have the context to find it useful).

There are tools to help ease the pain of handovers:

For all of these good practices, really what you want is to remove all possible areas of miscommunication. Computers are logical things, so if you can write down an exact list of steps that need to be done in order to achieve something, you might be able to, I dunno, write that in a script, or something. If you Automate All The Things, you don’t need to have these messy, complicated conversations with these messy, complicated people.

But you knew that already.

I’m off to try and fix my script. I’ve even thought of a way to not need local properties, so maybe next time (or the time after), when I have to do a release I’ll only have to type a single command. It’ll be worth a week or two to implement this if it saves me a week like the last one.

But first, that wine…

No boyfriends or colleagues were harmed in the making of this post.