This tutorial is Part III of our getting started with Presto series. As a reminder, PrestoDB is an open source distributed SQL query engine. In tutorial 101, we showed you how to install and configure presto locally, and in tutorial 102, we covered how to run a three-node PrestoDB cluster on a laptop. In this tutorial, we’ll show you how to run a PrestoDB cluster in a GCP environment using VM instances and GKE containers.

This guide was developed on GCP VM instances and GKE containers.

Presto on GCP With VMs: Implementation Steps for PrestoDB on VM Instances

By default GCP blocks all network ports, so PrestoDB will need ports 8080-8083 enabled. Use the firewalls rule tab and enable them. 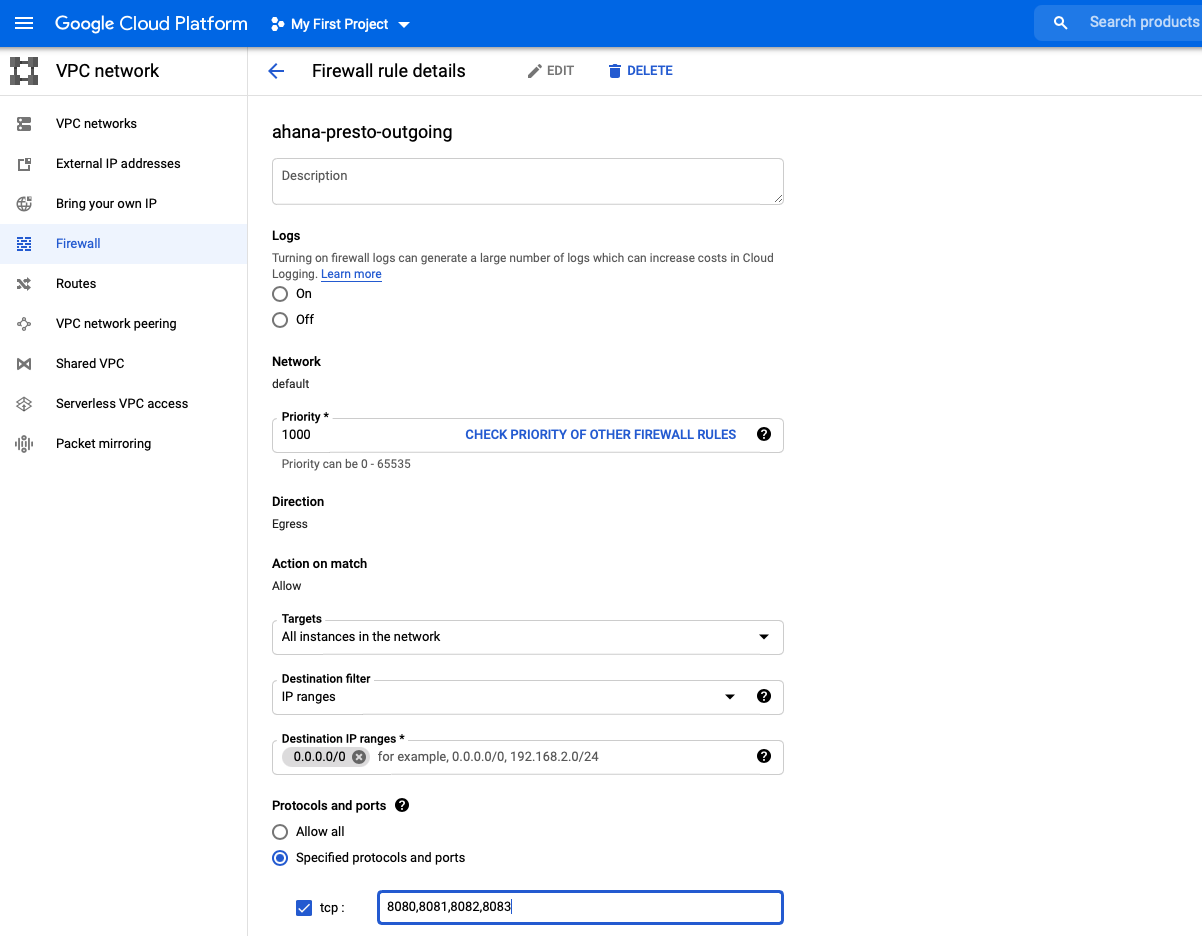 Run the commands below to install the official tarballs for presto-server and presto-cli from prestodb.io

Use gunzip and tar to unzip and untar the presto-server

Rename the directory without version number

Check the cluster UI status. It should  show the Active worker count at 0 since we enabled only the coordinator. 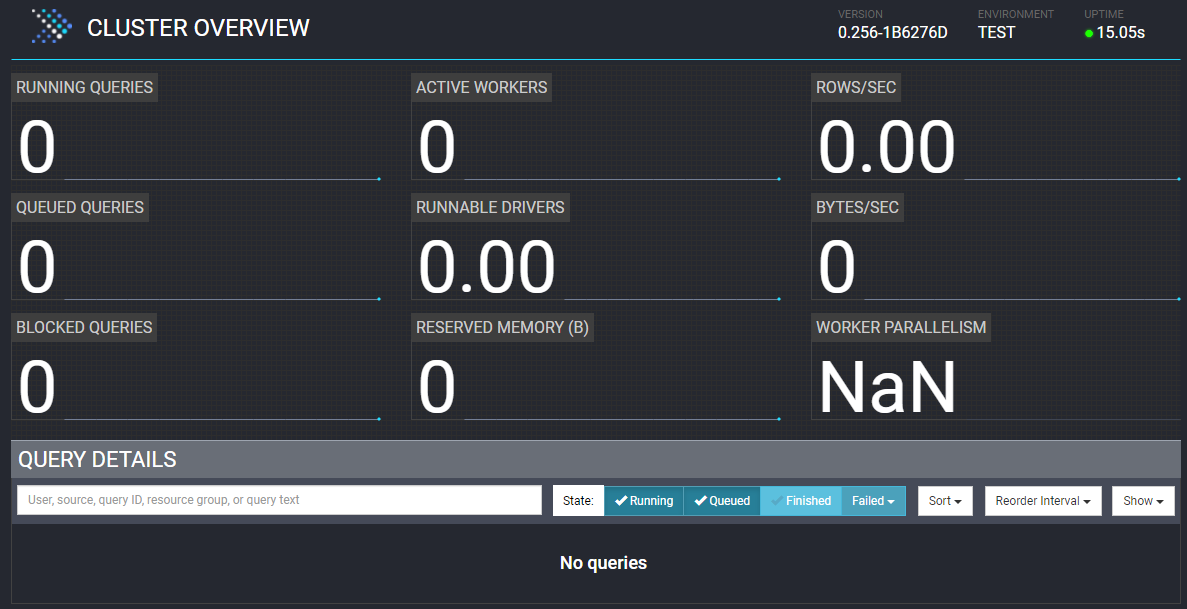 Repeat steps 1 to 8 on the remaining 3 vm instances which will act as worker nodes.

On the configuration step for worker nodes, set coordinator to false and http-server.http.port to 8081, 8082 and 8083 for worker1, worker2 and worker3 respectively.

Also make sure node.id and http-server.http.port are different for each worker node.

Check cluster status, it should reflect the three worker nodes as part of the prestodb cluster. 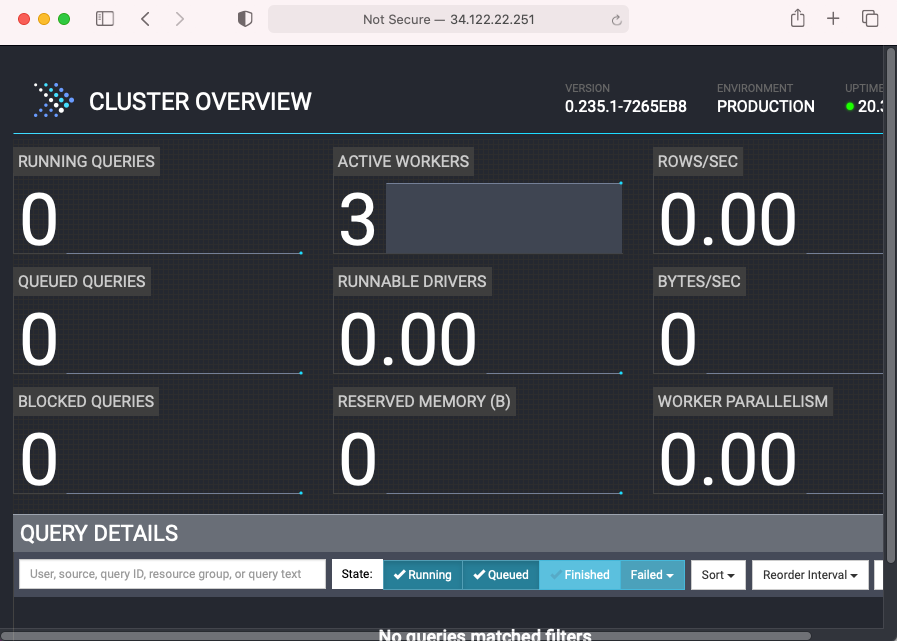 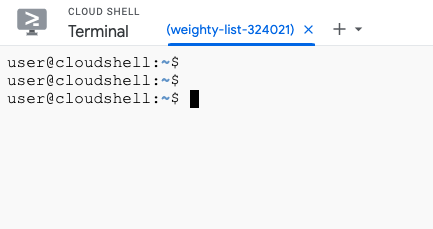 Create an artifacts repository using the below command and replace REGION with the valid region you would prefer to create the repository.

Create the container cluster by using the gcloud command:

Deploy ahanaio/prestodb-sandbox locally on the shell and create an image named as coordinator which will later be deployed on the container clusters.

Edit the etc/config.parameters file inside the container and set the node-scheduler.include-coordinator property to false. Now restart the coordinator.

Deploy the coordinator into the cloud container using the below kubectl commands.

Copy the external IP on a browser and check the status

Stop the local worker1 container, commit the worker1 as image and tag it as worker1 image

Deploy and expose the worker1 from the artifacts location into the google cloud container using this kubectl command.

Repeat steps 12 to steps 17 to deploy worker2 inside GKE container:

In this tutorial, you learned how to provision and run PrestoDB inside Google VM instances and on GKE containers. Now you should be able to validate the functional aspects of PrestodDB.

If you want to run production Presto workloads at scale and performance, check out Ahana which provides a managed service for Presto.

Published at DZone with permission of Praburam Upendran. See the original article here.