Katalon Studio is a powerful automation tool set for web and mobile app testing. It is a free yet feature-packed solution that can be applied to overcome common challenges such as wait-time, pop-up, and iframe in web UI test automation. Katalon Studio brings more intelligence to the entire test automation process; testers can now test better, test faster, and launch high-quality software through this user-friendly, versatile solution. 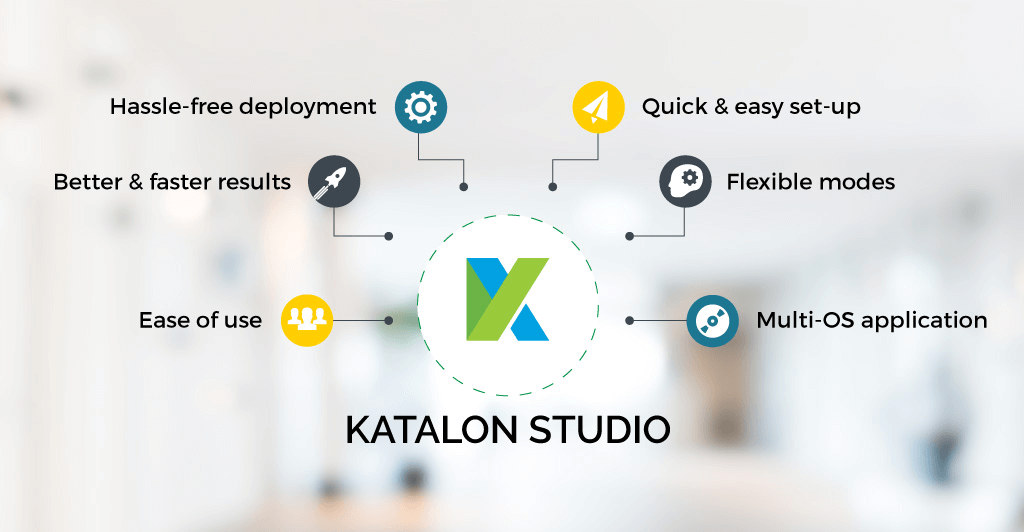 1) Hassle-free deployment: All requisite components are bundled in a single, cohesive deployment package.

2) Quick and easy set-up: Katalon Studio provides simple installation and it’s easy to set up the environment. With its pre-built templates and test scripts, such as object repositories and keyword libraries, testers can run their first test script pretty quickly.

3) Better and faster results: Built-in templates with explicit tutorials help you quickly build and run your automation test scripts. From project set up through test creation, execution, reports viewing and maintenance, testers can perform every step with speed and efficiency.

4) Flexible modes: While novices can use recording and keywords to build automation tests, seasoned testers can leverage a full IDE to automate their advanced scripts.

5) Ease of use: It is as easy as ABC; even manual testers having minimum coding experience can effortlessly avail its benefits.

Katalon Studio is an insightful, user-friendly automation solution that is characterized by speed and simplicity.

Katalon Studio is a helpful tool for automation teams and individual testers to spend least efforts from setting up a new project to executing tests and then monitoring execution results. Each workflow provides lots of capabilities and customizations for effortless maintenance and project scale up:

Command Palette: this special context menu, triggered by the Ctrl + Alt + C key combination, displays all useful links so that users can refer to whenever needed.

Submit Issues: this feature saves users the trouble of going to support channels or forum whenever they want to report bugs. Now users can send issues directly from Katalon Studio.

Manual Mode: with improved usability, use TAB (or Shift+TAB) to navigate to next/previous cells.

Katalon Studio scores fairly well as compared to commercial test automation tools such as UFT & Test Complete in multiple ways. It comes across as a viable, virtually free option to such tools available in the market:

Katalon Studio is gaining widespread acceptance among the testing community. It opens up an easier, faster way to test for automation teams. Endowed with simple deployment, full-feature set, ease of use and extensive documentation, Katalon Studiov4.7.0 - the latest version, is breaking new ground in the test automation landscape.