There's no doubt that Selenium is one of the best automation undertakings in the QA testing industry. This article will highlight some of the functions in the pre-release early version of Selenium 4. You can download Selenium 4 Alpha from Maven’s Repository, and the code from this article is available at https://github.com/RexJonesII/blog.

All components in the Selenium Suite have something new, including Selenium IDE, Selenium WebDriver, and Selenium Grid.

You may also enjoy: Components of the Selenium Automation Tool

According to Simon Stewart, Selenium’s Project Lead, the W3C WebDriver Protocol is the reason for upgrading to Selenium 4. It’s fractionally different compared to the original JSON Wire Protocol. One of the advantages involves our test which runs consistently between browsers. A standardization of W3C encourages compatibility across different software WebDriver API implementations.

The major difference with Selenium adopting the W3C Protocol is how sessions are created and element interactions are performed using Actions API. With the Actions API, we can perform multiple actions at the same time. Here’s a screenshot of the Selenium Client and WebDriver language bindings, browser drivers, and web browsers without the original JSON Wire Protocol. 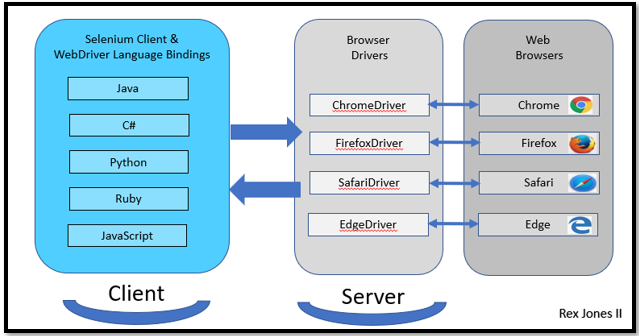 Selenium 4 presents an opportunity for us to work with multiple tabs and windows. We can leverage the  newWindow ( WindowType typeHint ) method. This method creates a new browser window and switches the focus to the new browser window. It’s handy if we choose to load a new window/tab then open a different page and complete an action. The following test scripts load a new tab and window via TestProject.

A new tab is loaded and the page title is printed after switching to the tab. The next test script performs the same steps but switches to a new window.

Switching to a new window

The purpose of Relative Locators is to find an element regarding the position of another element. There are five overloaded methods with a By and WebElement parameter. In alphabetical order, the methods are 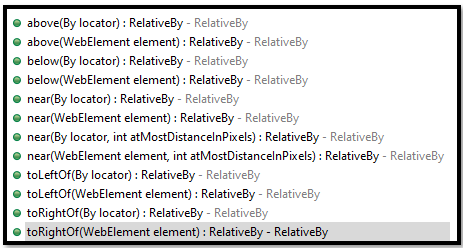 Chrome DevTools is a set of developer tools built directly into the Chrome browser. Fortunately, Selenium 4 provides a direct communication line to the browser by way of DevTools. As a result, we can write more stable locators and track what’s going on in the browser. 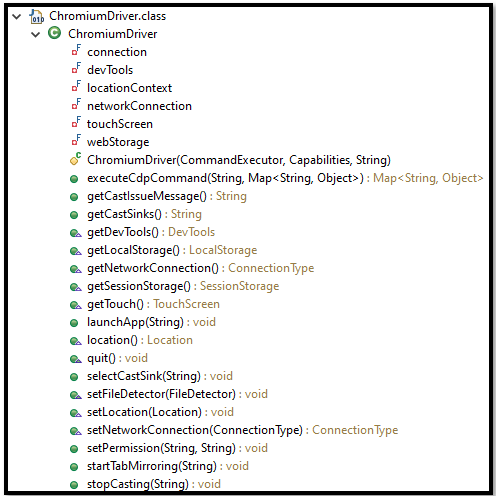 In addition, Selenium 4 has a class named DevTools. The purpose of DevTools is to increase productivity. Some of the capabilities include: 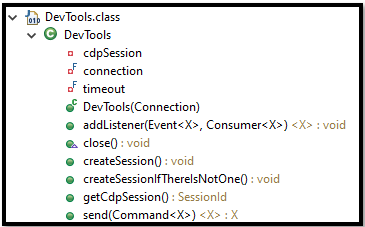 Moreover, Selenium Grid 4 allows observability and updated to be more modern. Observability permits us to trace and log what’s going on. As a request comes in, there will be a trace ID to help our debugging efforts.

Modern means Selenium Grid will be more convenient for modern technology like Docker and Kubernetes. We can use Docker which allows us to scale the grid and Kubernetes to set up a grid machine. The grid can take advantage of infrastructures like AWS and Azure. It will be easier to use virtual machines.

Backup Element Selectors are beneficial when a change is made to a web application. Selenium IDE records our test using multiple locators. As a result, our test will continue to pass using a backup element selector if a developer modifies an element. For example, Selenium IDE records the test with an XPath locator, CSS locator, id locator, etc. so our test doesn’t fail. This provides power to a stable Test Script.

Code Export is a useful feature but not a new feature. It allows an engineer to export the Selenium IDE commands to a programming language and test framework. The plan is to support all of the official language bindings for Selenium: C#, Java, JavaScript, Python, and Ruby. 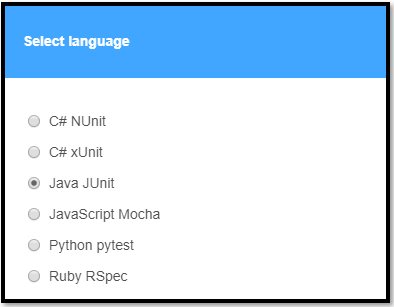 The ability to include Control Flows (conditional logic and loops) are available from Selenium IDE. This offers a powerful set of options to execute our test scripts. Conditional statements determine what happens next if a condition is met or not met. The loop executes a statement(s) for a specific number of times in a program. Here’s a list of the conditions and loops provided by Selenium IDE: 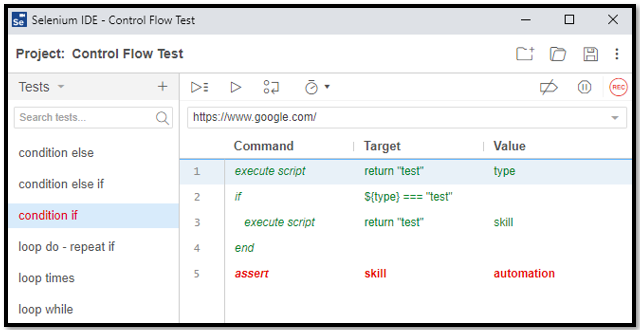 For more information, view the Change Log to see updates regarding each programming language:

Features and Improvements in Selenium 4

Selenium 4 Is Releasing Soon: What Every QA Must Know