Part 1 of this series can be found here.

An HL7 ACK is built using information from the HL7 message and is in HL7 format.

A receiver connection should send an ACK message unless the sending application is unable or unwilling to receive ACK messages. Usually, this is only the case with legacy systems or systems that are not sending HL7 messages.

1. Pull the HL7 MLLP node in the source area and HL7 ACK Node in process area along with logger: 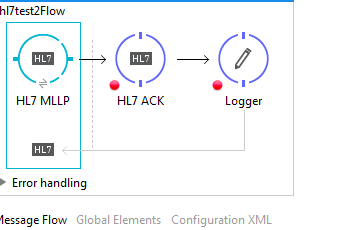 2. Configure the HL7 MLLP node as shown below. In the Advanced tab, the exchange pattern has been selected as request-response:

4. Start the project in debugger mode:

5. Send the HL7 message from any HL7 client and wait for acknowledgment: 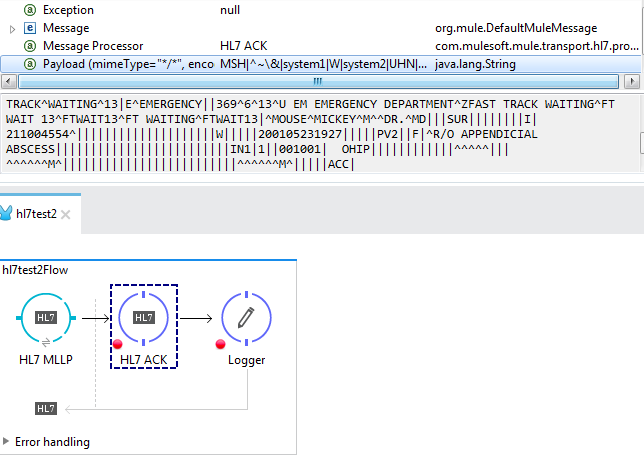 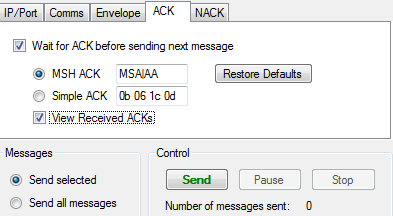 6. HL7 acknowledgment AA has been received on HL7 interface client:

Similarly, we can test for negative acknowledgments. For more details; refer to this link.

This tutorial will be continued in Part 3.