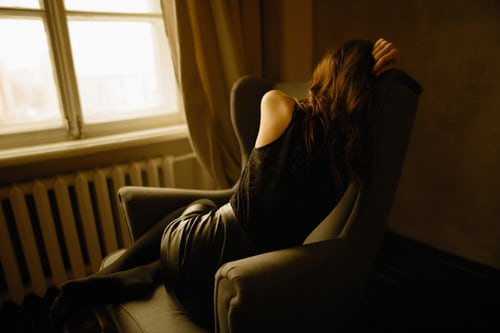 How AI Can Help Us Predict Whether Antidepressants Will Work

One of the more peculiar aspects of psychiatry is why antidepressants only appear to help some people and others not all. Indeed, it’s not entirely known why they help those who do appear to benefit, but a couple of studies from the University of Texas Southwestern aims to recruit the help of AI to find out.

Both studies aimed to explore the brain activity of volunteers during various emotional states, with the participants generally split between a healthy control group and people suffering from depression who were either given a placebo or antidepressants.

The first study explored how electrical activity within the brain indicated whether the individual would benefit from antidepressants or not.

“Depression is a complex disease that affects people in different ways,” the researchers say. “Much like technology can identify us through fingerprints and facial scans, these studies show we can use imaging to identify specific signatures of depression in people.”

You may also be interested in:  These Seven Non-Tech Domains Call Big Data the Big Daddy

The second study then used AI to determine any links between the effectiveness of the treatment and the way the brain processes any emotional conflict. The volunteers were shown images in rapid succession, with a range of conflicting messages in them, such as a happy face with sad over the top. The volunteers had to read the word before moving onto the next image.

The AI was able to identify specific areas of the brain that appeared to be most important in identifying whether an individual would benefit from antidepressants. For instance, the data suggests that people who showed abnormal neural responses during the emotional conflict exercise were less likely to respond well to the medication.

“These results bring us closer to identifying groups of patients very likely to benefit preferentially from an SSRI and could realize the goal of personalizing antidepressant treatment selection,” the researchers say.

The next step is to try and adapt the algorithm so that it’s usable in real-world scenarios. They will also be partnering with the University of Pennsylvania to conduct a trial in a psychiatric clinic, with two or more viable treatments tested to see just how nuanced the algorithm can get.

“Our mission is to use these data-driven algorithms to provide clinicians and patients with useful information about which treatment is expected to yield the best outcome for this specific individual,” the authors conclude.