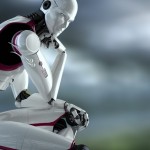 machine learning is typified by algorithms that are capable of deriving patterns and ‘intelligence’ from vast quantities of training data.  as company’s such as deepmind are beginning to show us, however, the real improvements come when the machines are capable of learning independently of data fed it by us.

a recent paper from researchers at the university of toronto highlights some of the progress being made.  the team developed an algorithm that attempts to learn from human instructions.  in other words, it doesn’t require a database of past examples, as is the norm today.

the results from this approach were certainly impressive, with the authors claiming that their algorithm outperformed a training neural network by 160%, and indeed it even outperformed its own training by 9%.

the project was specifically designed to help the machine identify human hair when shown pictures of people.  it’s the kind of task that has typically confounded machines, despite being very easy for humans.

“our algorithm learned to correctly classify difficult, borderline cases—distinguishing the texture of hair versus the texture of the background,” the authors say. “what we saw was like a teacher instructing a child, and the child learning beyond what the teacher taught her initially.”

the approach differs in that rather than providing a huge database of tagged content for the algorithm to train itself on, they utilize actual human trainers to do the job instead.

it’s an approach known as heuristic training and involves human trainers providing direct instructions to the machine, that are then used to pre-classify training samples as opposed to a strict set of fixed samples.  in other words, the algorithm is given a set of guidelines by which to operate, such as the sky is likely to be blue, or pixels found near the top of images are more likely to be sky than earth.

the team believes that this approach could be invaluable in overcoming one of the core problems of neural networks: the correct classification of data that is unknown or unlabeled.  this kind of data is likely to be central when deploying machine learning in new terrains or new situations, whether that’s in driverless car scenarios or medical research.

“applying heuristic training to hair segmentation is just a start,” the authors conclude. “we’re keen to apply our method to other fields and a range of applications, from medicine to transportation.”

a similar approach was highlighted by a recent project undertaken by google researchers.  they attempted to give machines an appreciation for physical objects by encouraging them to play with those objects.

the paper describes work undertaken by the british company to allow an ai to learn the physical properties of various objects by interacting with them in the same way a child does with a toy.

for instance, one experiment saw the ai playing with a bunch of blocks of differing masses.  whenever the ai correctly identified the heaviest object, it received a prize, with feedback given whenever it incorrectly identified the correct object.  after a few iterations of this game, the algorithm quickly learned that the best way of scoring highly was to play with each block before making a choice as to the heaviest one.

it’s fascinating to see some of the approaches researchers are using to overcome the challenges ai is facing, and it will be intriguing to see just how successful these various approaches become.