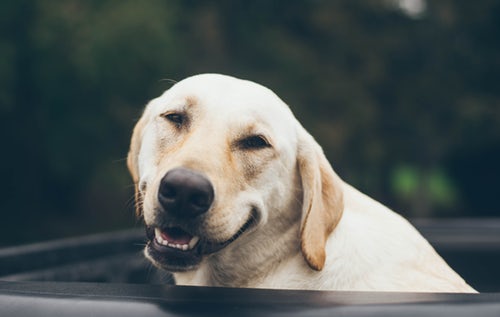 Do you think this adorable dog is fake smiling?

There are supposedly several telltale signs that someone is faking a smile, such as the lack of wrinkles around the eyes. Yet spotting one in the heat of the moment is somewhat easier said than done. A new study from the University of Bradford set out to see if AI could do a better job.

The software developed by the team analyzed a range of photos and videos to spot the movement of the smile across each person’s face in order to detect whether it was genuine or not. As the experts suggest, the software thought the most significant movements were around the eyes.

“A smile is perhaps the most common of facial expressions and is a powerful way of signaling positive emotions,” the researchers say. “Techniques for analyzing human facial expressions have advanced dramatically in recent years, but distinguishing between genuine and posed smiles remains a challenge because humans are not good at picking up the relevant cues.”

You may also like:  Using AI to Detect Depression in Our Voice

The system began by mapping the face from a video recording so that it was able to identify eyes, mouths, and cheeks of participants. It then measured the way these facial features moved when someone smiles and attempted to calculate the difference between the starting position and the post-smile position in both real and fake smile videos.

Significant differences emerged when assessing real and fake smiles, with particular differences in the mouth and cheek movements of the volunteers. It was the eyes that really gave the game away however, with genuine smiles generating around 10% more movement in that area than fake smiles.

“We use two main sets of muscles when we smile — the zygomaticus major, which is responsible for the curling upwards of the mouth, and the orbicularis oculi, which causes crinkling around our eyes,” the researchers explain. “In fake smiles, it is often only the mouth muscles that move, but, as humans, we often don’t spot the lack of movement around the eyes. The computer software can spot this much more reliably.”

You could argue that this is telling us what we already know, but with facial recognition technology becoming more accomplished, the ability for technology to spot a fake smile from a real one could be very useful.