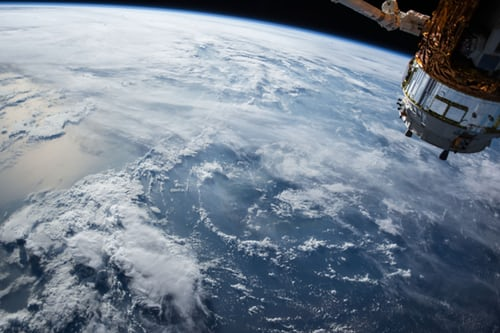 As a species, our curiosity over UFOs has grown over thousands of years. The earliest instance of people communicating about other-worldly beings dates back to artwork found on cave walls over 10,000 years ago. Long after our days of living in caves, the invention of sci-fi literature and books carried this interest to new heights.

We are constantly bombarded with fast radio bursts (FRB) that don’t originate on our planet. Up until this point, scientists were unable to capture these anomalies as they were happening. In fact, the first case of an FRB recording occurred in 2001, but scientists didn't discover it until 2007.

Astronomers and other scientists were unable to determine a clear message in these strange radio signals from space. The bursts usually happen in less than a second but cause noticeable peaks when examining the footprint of the recording.

The mission was simple — scientists wanted to find a way to record these transmissions in real-time so they could locate the source. Despite the clear direction for the experiment, there was one big problem. It’s not feasible to think that a group of people can monitor countless radio signals from across the galaxy while looking for a signal that happens in less than a second.

As we know, artificial intelligence works for businesses and developers who need to manage tons of data at once. Suddenly, the solution seemed simple.

A team from the Swinburne University of Technology in Melbourne in Australia created an artificial intelligence program capable of sifting through the radio frequencies in space. The project, led by a student called Wael Farah, published their results in the Monthly Notices of the Royal Astronomical Society journal.

The astronomers explain that the data coming in is too much for their team to look at individually. As a result, they trained their Molonglo telescope using machine learning software. Farah and the rest of the team compiled recordings of other FRB and fed them into the program. Now, when an FRB comes through, the Molonglo switches to a precise recording frequency that allows astronomers to examine the bursts as they occur.

Research Results and the Future of AI

The results showed startling data about how frequently FRBs hit the earth every day. They concluded that there are between 59 and 157 potential bursts daily. There are several benefits to using this method when compared to traditional recordings. The most notable advantage is that astronomers can use other measurement methods to determine the source of the signal.

At the time of publication, the team was unable to find the grey aliens that we were all expecting. However, they determined that these frequencies are coming from somewhere other than earth and that they are unique events. These results raise new questions but also confirms suspicions fostered by the scientific community for decades.

It’s clear that artificial intelligence is great at helping marketers and creators build better products, but the potential uses of AI go far beyond marketing and development. We may be on the brink of discovering life outside of our planet with machine learning. As scientists continue to collect data and look at the potential sources of fast radio bursts, there’s a greater chance that we will uncover answers to some of the burning questions we have about the universe.

Playing Space Invaders With Your Own Voice

Lost in Space? NASA Has a Plan Using AI

Published at DZone with permission of Thomas Griffin. See the original article here.