few posts ago i created a simple open source angularjs project named angular starter. the structure and overview of angular starter is covered in one of my htmlcenter blog posts .

this time, i’m going to introduce the http communication to my angular starter application, allowing it to communicate with cloud-based services. apis and web services are usually the main sources of data for angularjs applications and a good example always helps.

the recent angular starter source update introduced example communication with httpbin.org in order to retrieve users' ip addresses before proceeding with login. the httpbin.org web service is great for testing various api requests. it can mock many example api responses, including but not limited to xml , json , html and it even supports streaming response examples. angular starter project uses this service for receiving ip address of the client application. 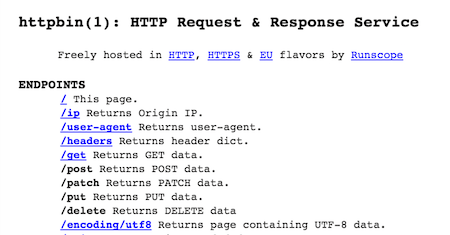 the example http communication piece captures and displays application user ip addresses on the angular starter login page. such functionality is quite common in financial web apps and apps requiring increased security. in our case, it’s just an example of communication with external web service.

first we have to add $httpprovider as a dependency to angular.js application. also, a couple of new configuration settings for all http requests our application will be making. all this is being configured in app.js

as we now added $httpprovider to angular starter'a configuration, what’s left is to use $http in the logincontroller.js

notice the 500ms delay we are introducing before assigning the $scope.userip value? it takes some time for an http response to come back from web service. the result is following:

clone the new version of angular starter from github and try running the project yourself.

based on the reader feedback we got, the final section of this post will list main commands used for launching angular starter in local dev environments and running the unit tests for its code. you have to clone the project on your dev environment first:

check out all the available npm commands in package.json .

all the feedback and improvement suggestions for angular starter are very welcome. use the comment section below or create the issue on the github project page . thanks!