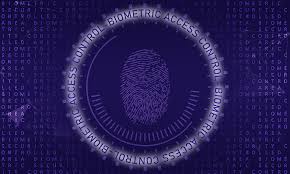 Biometrics Authentication Systems and artificial intelligence (AI) are among the most powerful weapons for fighting fraudsters in payment cards and the e-commerce industry. That was an important note from a recent presentation by MasterCard’s vice president for big data consulting.

In his recent virtual presentation on “Unlock the Power of Data” at Dell Technologies, Nick offered an inside preview of how MasterCard uses machine learning and artificial intelligence combined with biometric technology to make card transactions smooth and frictionless with an end to end robust security.

You might also enjoy:  Authentication and Authorization: Mastering Security

However, it’s time to face the stark reality that criminals will soon gain access to AI, which could enable them to defeat multiple authentication systems from simple passwords to biometric security systems.

Sounds a bit far-fetched. After all, AI is not easy to use, and it is difficult for everyone to gain access to AI tools. Unfortunately, with the amount of research already done on AI, we are entering an era where AI tools will be available everywhere from online shopping to your personal search experience and event to your home security system.

AI tools might benefit humans, but they will also be used by fraudsters to carry out new kinds of attacks. One of the demos of AI-based attacks is the Generative Adversarial Network (GAN) algorithm. In a nutshell, GAN can imitate and simulate any distribution of data, including bio authentication data.

To further elaborate on how GAN works, it involves competing for one neural network against another. One neural network, the generator, tries to simulate specific kinds of data and the second neural network, the discriminator, compares the generated data with the real one. It then informs the generator about the quality of simulated data. As this process progresses, both networks learn and get better at simulating and imitating data. The product of this consent between generator and discriminator is a large amount of fake data that is similar to the real one.

A prominent example of GANs work is the creation of deep fakes. These deep fakes can defeat biometric sign-in systems. Deep fakes convincingly show people doing or showing things they have never said or done.

Thanks to GANs, it is possible to launch a brute-force fingerprint attack. Previously, brute-force attacks were used to make password guesses, but with the kind of fingerprint authentication systems used by banks, fingerprint security is not safe against fraudsters.

Research conducted at the University of Michigan identified flaws in the current fingerprint security system that can easily be surpassed by GAN algorithm.

However, the good news is that AI could be used to outsmart fraudsters by adding an extra layer of security to biometric authentication systems. Here are some ways the synergy between AI and Biometrics could be helpful.

As we have discussed, biometric authentication systems could be fooled easily, but the finger-vein system that we are talking about is harder to be fooled. It only identifies unique finger-vein patterns beneath the skin of real humans. This technology uses CNN to identify unique patterns. Special capture machines that employ infrared light which passes through human skins and capture vein patterns that are unique to each user.

Facial Recognition is thought to be easily defeated by deep fakes. Some cases demonstrate how facial recognition technology could easily be fooled with deep fakes. To tackle the issue several tech giants are working on solving this issue. The companies like adobe, twitter, and NYT teams up to fight against deep fakes. Using 3D liveness detection based on deep neural networks, deep fakes could be defeated, said a tech expert at silicon valley.

Staying Ahead of the Unknown

AI-threats discussed here are the only ones identified by researchers. There are probably hundreds and thousands of ways AI can be used for cyberattacks that are yet to be considered. As we enter into a new world surrounded by AI, we need to stay ahead of this futuristic arms race of AI.

If combined, AI and Biometrics technology could help in the identification of an individual based on their unique biological and behavioral traits, hence improving the security for the workplaces.

How Authentication Works in Encryption

How to Enable Sign-in With iOS Biometric Authentication