Join For Free
The way Google's Android Market (or any other app store) arranges apps in the top listing is not well known outside the staff. It is a good thing too. Knowing the exact algorithms would allow dishonest manipulation of the system. Regardless, we all want our own apps to be up high in the listing for them to reach as many users as possible. We cannot affect the algorithm and we should not try to game the system. The best thing we can do is to try to get our user to rate our apps. Positive ratings is definitely a factor when the system orders the apps in the listing.

Don't Be an As#@(&$
There have been few disgracious attempts by dishonest and usually malicious software vendors to force users to rate their apps by claiming that the app remains locked until the user rates it for 5 stars (technically this isn't even possible). Fortunately, these apps have been swiftly removedly from the market by Google.

But what can we do to encourage users to rate our apps without going to extremes and dishonest behavior like the one mentioned above?

Users Almost Never Rate Apps
Getting apps rated is important and users don't do it that often. There's a good reason why only very few users ever rate an app. Rating is done in the Market Place app (or on the website). Both of these are used for installing apps and aren't very useful after that. People very rarely go back to the Market Place just to rate an app. 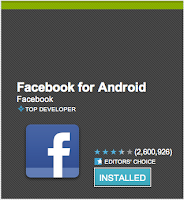 The situation is even worse than it sounds. When are we most likely to give feedback about things? It is when they fail. Let's face it. We like to complain when things go wrong. While I don't think there's anything wrong about raising concerns when things aren't working it can distort the public perception of app quality if a small minority of people who encounter problems leave feedback.

So, What Can We Do?
The importance of ratings and lack of user participation has caused some app developers to look for solutions. One that we've all probably run into is the infamous "Rate our app!" pop-up dialog. My opinion about pop-up, including this one, can be read from my earlier post about them. In short, I strongly oppose use of pop-ups. Default position should always be not to use them and only if no other alternative exist with reasonable amount of work use of pop-ups should be considered.

Pop-ups are annoying by default. Making users annoyed while asking them to rate your app doesn't sound smart. They don't even seem to be that effective. Let's look at another example. Evernote used a pop-up asking for rating of the app (I haven't seen it for a while so I hope that they've removed it). So let's see how Evernote does with rating percentage. They have 10.000.000 to 50.000.000 installs and just over 240.000 ratings. Interestingly it works out to pretty much exactly same rating percentage. 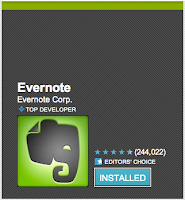 This very unscientific comparison of two apps in the market and their percentages doesn't, of course, prove anything. I do maintain my original point about avoiding pop-ups however. Pop-ups being bad doesn't mean that that there isn't anything that could be done to guide users towards reviewing your app.

Gentle Push Without Interruption
If you want to ask your users to review your app make it as discretely as possible. Do not block or interrupt your users' workflow with a pop-up.

Here are two alternatives you could consider. They are by far not the only options but examples of solutions that solve the same problem but don't involve pop-ups.


In addition to not blocking the users there are few things that you should keep in mind when asking of users to rate your app.

Conclusion
Getting your app rated is important. It isn't an excuse for bad user experience though. Before resorting to pop-ups think about other solutions. While they aren't always obvious they very rarely don't exist.
From http://www.androiduipatterns.com/2012/02/how-to-ask-users-to-rate-your-app.html
app