Blockchain has been touted as an emerging technology with the potential to disrupt every industry. The decentralized system of blockchain technology is antithetical to the inherently centralized system of operation in use today. By employing a form of decentralized database architecture, the record and authentication of certain operations are contingent upon the agreement of several parties rather than a single authority.

The impact of this technology has been experienced in the financial sector already with cryptocurrencies like Bitcoin, Ethereum, and Litecoins making the news. The application has also been extended to other areas such as advertising, healthcare, business logistics, security, etc.

Currently, researchers are delving into deeper realms, attempting to incorporate blockchain into more sophisticated areas of technology such as big data, IoT, and, most significantly, Artificial Intelligence.

AI is an umbrella term for the various subsets of technological advancements being recorded in fields which are concerned with machines being able to act more independently and efficiently. From speech-pattern recognition to self-driving cars, the goal of AI is to allow machines to learn and apply the knowledge gleaned from large streams of data to make them more intelligent. 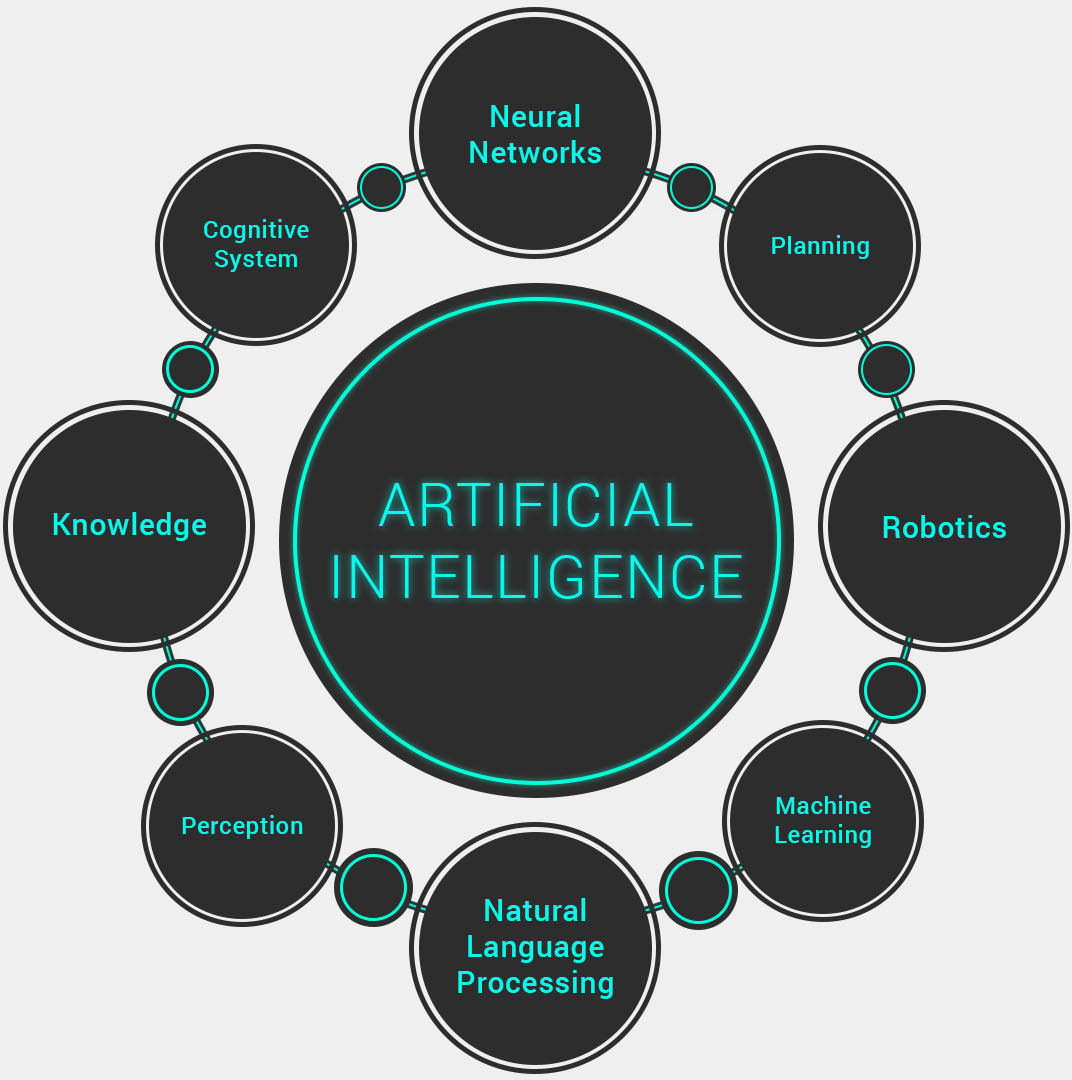 Basically, blockchain is concerned with keeping accurate records, authentication, and execution while AI helps in making decisions, assessing, and understanding certain patterns and datasets, ultimately engendering autonomous interaction. AI and blockchain share several characteristics which will ensure a seamless interaction in the near future. Three key features are listed below.

A decentralized database emphasizes the importance of data sharing between multiple clients on a particular network. Similarly, AI relies greatly on Big Data, specifically, data sharing. With more open data to analyze, the predictions and assessments of machines are considered more correct, and the algorithms generated are more reliable.

There is a big need for security when dealing with high-value transactions on the blockchain network. This is enforced via the existing protocols. For Artificial Intelligence, the autonomous nature of the machines also requires a high-level of security in order to reduce the probability of a catastrophic occurrence.

III. Trust Is a Requirement

There is no greater threat to the advancement of any widely-accepted technology than lack of trust and neither AI nor blockchain are excluded. To facilitate machine-to-machine communication, there is an expected level of trust. To also execute certain transactions on the blockchain network, trust is required.

Use case: AI-centered blockchain technology for Healthcare. This kind of solution brings transparency and flexibility to the flow. 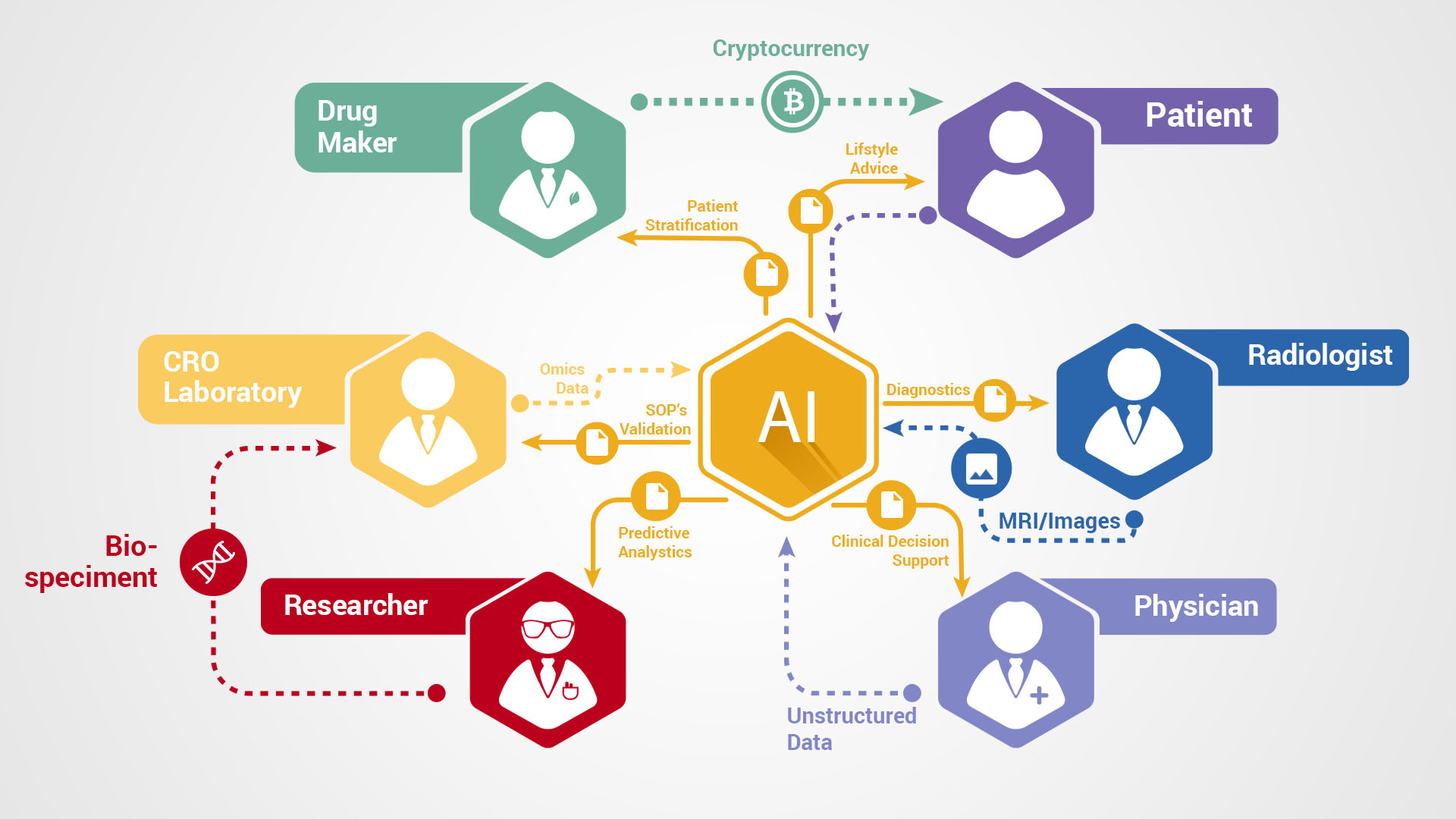 As stated earlier, the advancement of AI technology hinges on the availability of data from a myriad of sources. Even though companies like Google, Facebook, Amazon, etc. have access to large sources of data which can prove useful for lots of AI processes, this data is not accessible on the market.

Blockchain aims to tackle that single issue by introducing the concept of peer-to-peer connection. Since it is an open, distributed registry, the data becomes accessible to everyone on the network. The existing data oligopoly comes to an end and an era of open and free data is ushered in.

Even after the data has been made available, managing it is another hurdle to scale. The amount of data currently available is estimated to be 1.3 Zettabytes. There is a subfield of AI known as Artificial General Intelligence which can be modeled as a feedback control system. This feature helps autonomous agents interact with the physical environment better.

With tons of data stored in a decentralized system, there are several advantages enjoyed compared to the conventional central storage hub. In the event of a crisis and natural disasters, the data is not stored in a single location, hence it is preserved. Also, hacking is eliminated and this makes the data set less susceptible to corruption.

One underlying principle of computer systems is GIGO. Garbage In, Garbage Out. The field of Artificial Intelligence is heavily dependent on large streams of data. Some individuals or corporations intentionally tamper with the data provided to alter the results. Garbage data might also result from unplanned malfunction of sensors and other data sources.

By creating segments of verified databases, models can be successfully built and implemented upon only datasets which have been verified. This will detect any faults or irregularity in the data supply chain. It also helps to reduce the stress of troubleshooting and finding abnormal datasets since the data stream is available in segments. Finally, blockchain technology is synonymous with immutability, this means the data is traceable and auditable.

Control Over the Usage of Data and Models

This is a very important aspect of integrating blockchain technology and Artificial intelligence. For example, when you log into Facebook and Twitter, you relinquish the rights to any content you upload onto their platform. The same thing happens when a singer signs a record deal. The same concept can be applied to AI data and models.

When a data has been created for the purpose of model building, licenses which cause restriction or permission can be specified by you. Blockchain technology then makes the process of doing this relatively easier.

Use case: AI marketplace by SingularityNET, which is an open-source protocol and collection of smart contracts for a decentralized market of coordinated AI services. The team says that blockchain technology provides an ideal tool for managing network transactions on SingularityNET due to its transactional and bookkeeping advantages. The platform allows to add an AI service for use by the network and receive network payment tokens in exchange. But, firstly, a blockchain-based framework has to be designed to allow AI Agents to interact with each other and external customers. Here is it's high-level network architecture diagram. 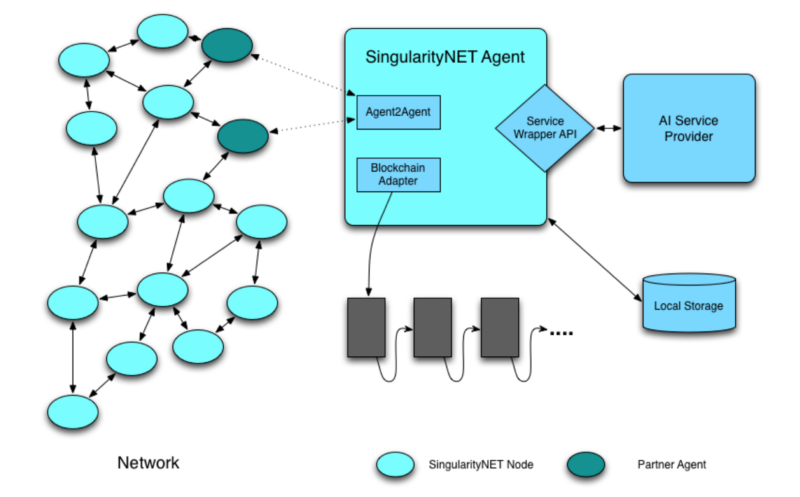 With this in place, you can control how your data is being used for any data set you own. For industries where privacy is required, this technology will come in handy. With both technologies currently making waves in almost every industry available, the synergy of these two fields promises far greater benefits. The future of technology is inevitably a decentralized system of operation, whereby machines interact better and the understanding of human activities is better modeled.

Published at DZone with permission of Dmitry Budko. See the original article here.