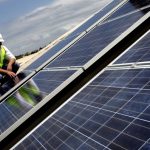 there is a strong sense that blockchain is a technology that has yet to find its killer application, despite a number of interesting early examples of its use, and indeed a report from the uk chief scientific advisor on potential applications in public life.

as befitting the early stages in its development, there are a host of interesting startups looking to utilize blockchain in their operations. one such is the green energy company power ledger .

the company is making use of ecochain, which claims to be a greener form of blockchain, to make it easier for people with renewable energy installed on their properties to sell it on to other users.

the aim is to make transactions between buyers and sellers efficient as it cuts out the middleman in the process and allows transactions to be conducted directly between the two parties — rather than via the electricity grid, as is common today.

the belief is that doing things this way will provide a higher return for those who have invested in renewable technology, while also providing cheaper energy for those who want to utilize greener sources of electricity.

power ledger believes that by allowing producers to earn more money for their excess energy, it will provide strong incentives for people to generate their own power.

“presently, if you’ve got surplus solar electricity, you sell it back for a low feed-in tariff and buy it back (from the grid) for a high rate. using (power ledger), you can sell it to your neighbor at somewhere between the two,” they say.

the project will begin life with a short trial involving 10 households, before then hopefully expanding operations considerably from there. it will be interesting to see how things go and what other applications for blockchain emerge.