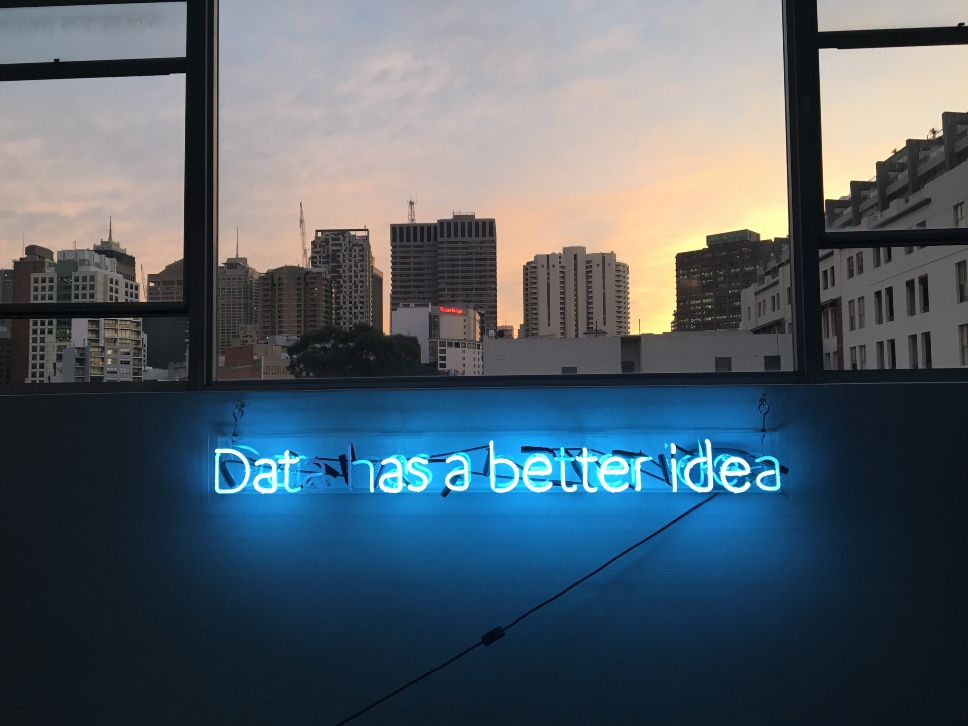 Blockchain has a better idea

Big data is a term we have all heard from someone. It could be in a tech-related video, or it could be in your office meeting it's a buzz of 2019. Every technology enthusiast is talking about discussing how it affects and changes it can bring.

So how could we leave behind the trend, Right? But we have given Big-data our twist, and we came up with a topic which not only attracts data scientists but also gives Blockchain developers something to think of. In this article, we will discuss how Blockchain can be beneficial for transforming the Big Data Industry in the near future. So, buckle up as this session is going to evoke all those geeky neurons in your brain.

You may also like: Introduction to Blockchain and What It Means for Big Data.

Big Data and Its Uses

Before we start, we need to clear some things up about Big Data. Big Data is nothing but a field that attempts to analyze data in a systematic form to extract information from the data sets, which are too large or have high levels of complexity.

These data sets are so big that traditional data-processing software can't obtain the required information from it in an effective way. Big Data comes with a lot of problems, such as data storage, data analysis, sharing, transferring and visualization of the data. As the data gets bigger, the complexity becomes higher, and so does the false discovery rate.

Many large companies use cloud storage to save their everyday sales data and other information. To analyze the sales of a multinational company, which has its sales office spreading all across the globe is a tough task.

You need to sync all the data in one format, and then you need to store it in one place from where you can easily take it out and analyze it; this is where the Blockchain comes in.

Blockchain is an efficient way for online data storage. Furthermore, the implementation of a decentralized network can help to ease access to data without facing any data manipulation issue.

Every single transactional party can store their information in the hash graph of Blockchain. The stakeholder of the Blockchain has access to all the blocks of the hash graph, making it easier to store data and analyze it.

You can add a transaction in the Blockchain, and other parties can validate it in real-time, making the whole process fast and straightforward. Because of how Blockchain works, one can see the transaction history to find out the origin of the transaction.

Now, let's discuss the use of big data in real-life scenarios

Healthcare is another industry that constantly produces tons of data. With the help of Big Data analysis from previous patients. Many scientists and doctors were able to pin down the exact treatment that needs to be performed on the patient to make him recover. Also, it helps in determining the outbreaks of the epidemics and what prevention steps need to be followed to minimize its effect on the patients.

Now, doctors can give their patients evidence-based medicine after taking results from the research of previous patients who were diagnosed with the same disease. For example, many smartwatch companies use Big Data to extract and analyze the wearer's heart rate, blood pressure, etc. and provide the necessary details of how they can lower their blood pressure or how many steps they need to lower their cholesterol.

In the past and even in 2019, governments of highly-populated countries like India had to face a massive amount of data daily whether it be data collection for the new voters for voting or issuing government ID to people every data that government has counted in big data. If the government could track the growth, energy, and resources they have, they can calculate estimates of how much one state requires, making it easier for the government to distribute funds in a shorter time and in a much efficient way.

The Food and Drug Administration of the USA takes the benefits of the analysis done on big data to uncover how food-based infections take place.

How Can Blockchain Help Big Data?

Blockchain can provide assistance by providing massive data storage without having to store all the data in one single location. Blockchain is an efficient way to store massive amounts of data on a cloud-based system. Furthermore, the decentralized implementation of Blockchain provides access to data to many individuals without breaking the credibility of that data.

Moreover, to change a single block of data, a hacker needs to change the data of every single block present in the chain, as each block contains the hash of the previous block. As a result, this process is quite tiring and takes a lot of time, thus making the data close to manipulation-proof.

Blockchain can work with big data all thanks to bitcoin and Ethereum, which allows Blockchain to support digitized information. Big data scientists use Blockchain to ensure the safety and quality of their data remains intact.

For example, by placing their database in blockchain, hospitals or healthcare services ensure that every employee has access to the same information, which can't be manipulated.

In the past two to three years, we have seen so many data breaches of big companies. Even a multi-billion dollar company like Facebook was not able to secure their data.

If we were to implement Blockchain on big data, the data won't be lost, and it will not be altered. The blockchains decentralized structure protects data from common assaults, such as DDoS attack, which was one of the main reasons for many data leaks in the last few years.

We are not saying Blockchain is immune to hacks; what we are saying is to attack a blockchain requires a lot of time and patience. Also, in order to extract the data from a private blockchain, one needs to have the authorization of more than two to three parties, meaning if you want to change something in the data you first need to provide the information of the new data to all the stakeholders. As a result, even if one or two stakeholders get corrupted, you can't hack all of them. In this way, Blockchain solves the data loss problem of big data.

Data clog can occur even with small amounts of data, but in the case of big data, it just gets worse. Both centralized and decentralized data systems have their limitations in terms of capacity and data transfer rates.

But Blockchain was developed to facilitate data transactions. Blockchain was first designed to provide accountability for the millions of dollars of transactions for online businesses. If the transactions were slow and got canceled most of the time, we wouldn't be using bitcoin right now.