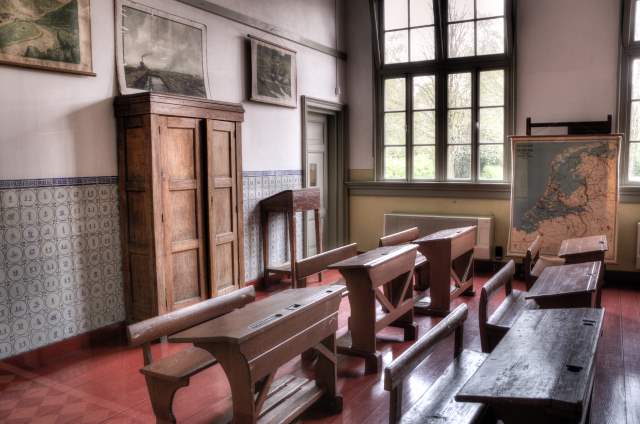 do you remember when you first learned html? i always related it to wordperfect 5.1 "reveal codes". the document would contain a sequential list of codes that would convert text, display an image, or define a table based on whatever code was before or after a piece of text in your document.

one of my friends always used to say, "i've forgotten more than you'll ever learn."

this leads me into the topic of my post today.

a reader asked me what do i need to learn to become a microsoft web developer? how would you explain everything you know to someone just starting out and wanting to learn how to develop web pages?

so, i thought this would be a great post to outline some of the paths you could take in becoming a web developer.

why become a web developer?

when i was younger (in my teens), i always said, "i don't care if you are a ballerina, you will need to know how to use a computer."

now, everyone and their brother are not only using computers, everyone has one in their hands and pockets (tablets and smart phones... and yes, they are considered powerful computers).

since the times have caught up with me and my philosophy, i've recently changed my tune.

now, my philosophy is that you need to know how to program . i'm not talking about writing hard-core code using c# or vb.net, but you at least need to know about html and maybe some javascript to know what's going on.

here is a post from marc andreessen titled " jobs fight: the haves and the have-nots. " from usatoday.com.

society is definitely moving towards a technology-oriented culture. so, i firmly believe that knowing a computer language will place you in the "haves" category giving you an edge on your competition compared to someone that doesn't know anything about a language.

the great news is you are interested in becoming a web developer. awesome!

a web developer is a loaded term in the computer industry. someone can call themselves a web developer, but instead of microsoft technologies, they know php, javascript, and mysql. your mileage will vary.

but, since we're here to discuss becoming a web developer, i want to show you five steps to move your career forward towards a real-world microsoft web developer.

a while back, i mentioned all of the possible paths you could take as a microsoft developer in a post called which microsoft technology should i learn?

in the post, i describe as many possible career opportunities available in the microsoft realm.

one category is the front-end which deals with everything in the browser.

a front-end developer uses three "languages" in a browser. these languages are used everywhere on the internet.

i would highly recommend learning what i call the "trinity of the web":

these are the basic building blocks to creating a web page. if you want to advance your career as a developer, this is the new hotness right now along with javascript mvc frameworks which include angularjs, emberjs, aurelia, and meteor.

once you understand those three languages (and trust me, it will take you a while) and one of the javascript mvc frameworks listed above, you will be considered a front-end developer.

once you have the basics, i would recommend looking into one of the following server-side languages:

any one of these three languages can be applied to a website. c# is, by far, the most popular of the three.

once you understand and master the language of your choice, you can move towards a microsoft-specific web technology.

webforms has been around since 2002 while mvc is the new kid on the block (ok, since 2008), but it's gaining a lot of traction.

if you are new to web development, i would definitely recommend mvc.

there are other technologies that are microsoft-specific and truly assist with your development like signalr which is a real-time communication library for web applications. you could even become a specialist with signalr and other web technologies.

nowadays, you can use just about any database out there with microsoft technologies.

of course, you can use sql server, but you can also use oracle, mongodb, firebird, mysql, postgres, and tons more.

while this list is very basic, one of the key requirements you need to focus on is the ability to continue to learn. if you lose focus for six months, your technology stack may be obsolete, so stay on top of your primary technologies and always keep learning more.

it is definitely an absolute must when in the internet industry. too much changes too fast, and it's hard enough to keep up with everything.

i would recommend using pluralsight or udemy.com . they offer great programs for the price.

once you master steps 1-4, you graduate up to what is called a full-stack developer.

the reason it's called a full-stack developer is because you know how to create a website from "soup-to-nuts"; from the html screens, all the way back to the database, and you don't need anyone to assist you with it.

also, don't get frustrated and have patience. don't think you'll learn all of this overnight.

most web developers are always learning and experimenting with new ideas every week.

now, if you'll excuse me, i need to go learn some more javascript mvc frameworks. ;-)

did i miss anything in this post? think back... how did you first become a web developer? post your comments below for others to learn.