Hashgraph- A distributed ledger technology that works on a gossip protocol. One thing before heading towards the topic of discussion for today, let’s just not confuse hashgraph and blockchain because both technologies’ underlying methodology is quite different.

There’s only a single similarity: the hashgraph and blockchain are decentralized systems dabbled with distributed ledger technologies. This is the only thing that is resonated between these technologies, and the similarity ends here.

Understanding the Concept of Hashgraph

We are going to take some real-time example to showcase the simple methodology behind the hashgraph. Firstly, delve into the simple illustration of hashgraph technology below: 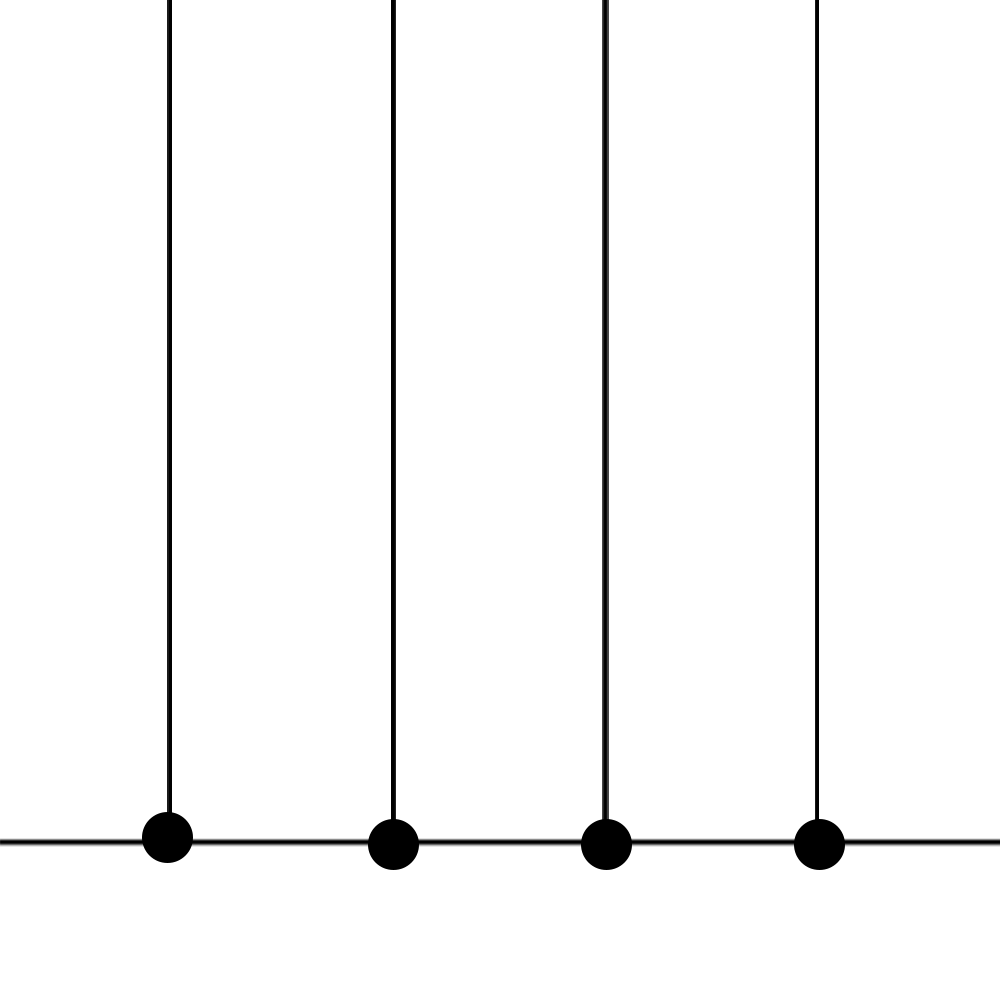 As can be seen in the illustration, the hashgraph consists of a network of nodes communicating information between them and storing data in the form of events. A graph of connections is used to represent the exchange of information or data. To achieve consensus, Hashgraph uses the 'Gossip about Gossip' and 'Virtual Voting' mechanisms.

How the ‘Gossip about Gossip’ protocol works, below is the illustration to help you develop a clear understanding of the methodology. Say point A (Alice) randomly calls B (Marry) to inform her about an incident. Marry then records the information and creates an event. At random, a person, let’s say Bob makes a new event to commemorate the synchronized event.

Similarly, the network goes on, and the events are created in an acyclic graph that goes only upward. Each person randomly chooses another person and circulates the information across each node of the network. The acyclic graph, aka Hashgraph, is connected with cryptographic hashes, and the transactions are recorded in cryptographic timestamps.

Gossip Protocol involves the mechanism of repeatedly calling others at random and enlighten them with all the events they were unaware of. 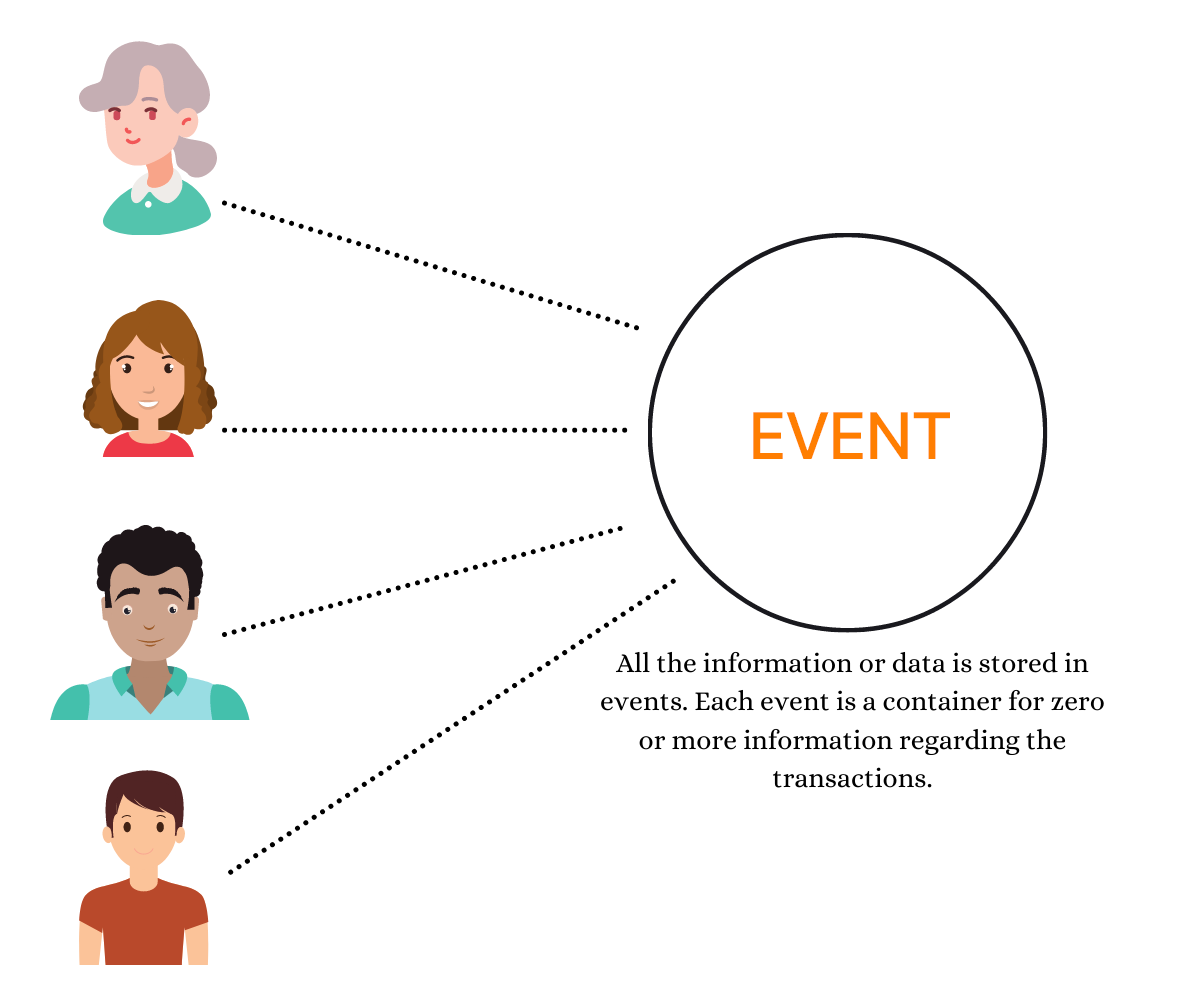 The Hashgraph or Hedera Hashgraph entails a consensus algorithm that works on gossip about gossip and virtual voting protocol to achieve blazing speed and secured transactions. It claims to overcome the gaps left by blockchain. Hashgraph is a peer-to-peer platform that expunges the need for complete transactional operations.

Another thing that describes a spotlight regarding Hedera Hashgraph is that it doesn’t involve miners to validate transactions. However, it employs a directed acrylic graph used for time-sequence transactions without splitting them into separate blocks.

Both the Hashgraph and blockchain technology employ different consensus mechanisms. Blockchain commonly uses proof-of-work and proof-of-stake consensus algorithm. Whereas Hashgraph opts for a different methodology, as stated above, it uses 'Virtual Voting' to carry out a flawless network consensus. Hashgraph technology saves time and is eco-friendly; no energy is wasted, eventually saving energy and money.

Reviving the Concept of ‘Gossip About Gossip’ Protocol

Hashgraph technology is extended across the network and uses gossip about gossip protocol to gossip about the information between nodes in a network. Holding the history of the previous transaction, one node randomly selects another node to enlighten them with their information. The authentic and seamless circulation of all the information among all the members creates sync events.

Hedera Hashgraph bears a cryptocurrency of its own, commonly known as HBAR. It is essentially used to develop micropayment solutions, build decentralized applications and effective peer-to-peer payment systems.

It transfers transactional information from one node (say Alice) to any random node (it includes the remaining nodes). It ensures that the circulation of data is done properly and effectively sent out.

In continuity to ‘gossip about gossip’ protocol, each node is aware of what other node is already acquainted with. Each node could predict what other node would vote for, making it electronic or virtual voting.
There is no way to send voting messages across the network using the virtual Voting Algorithm. Regardless of whether a member voted, each member knows what the other would have done.

Hedera Hashgraph mitigates the risks of falling prey to fraud; it ensures transparent operations and carries out the operations without any data tampering issues.

Identity
Users of a decentralized network can choose when and to whom they wish to share their identity information—open Source SDKs for Payment Solutions by Hedera Hashgraph.

Hashgraph is capable of delivering effective payment solutions for businesses that aim towards sustainable growth.

The second round of community testing has been announced for Hedera Hashgraph's platform. This program facilitates the testing of the various network capabilities in advance of the mainnet open access. In phase II, Hedera is planning to make open-source Android and iOS versions of the wallet and WordPress plugins or extensions. In the community testing phase of the project, developers will have access to these applications to develop micropayments and to test the Hedera network services.

Hashgraph certainly has various benefits, such as transactional speed, performance, and potential. Yet, the main turbulence faced is the platform for hashgraph is not launched yet. We cannot consider the claims made by Hashgraph unless it is publicly released and its implementation gets verified. Hashgraph claims to be decentralized, but there are no security checks to sweep the unauthorized activities caused by the nodes.

Hashgraph cannot track the long transactional history record. Therefore, blockchain is not easily replaceable, it has the edge over Hashgraph as it overcomes the dilemma which hashgraph fails to solve.

Published at DZone with permission of Wisha Ajmal. See the original article here.