A recent article about various ways to implement structural pattern matching in Java has triggered my interest:

The article mentions a Scala example where a tree data structure can be traversed very easily and neatly using Scala’s match keyword, along with using algebraic data types (more specifically, a sum type):

Even if you’re not used to the syntax, it is relatively easy to understand what it does:

The elegant thing here is that the Scala type system helps the author of the above code get this right from a formal point of view, by offering formal type checking. The closest we can do in Java as illustrated by the article is this

But these instanceof checks do smell kind of fishy…

How Does This Compare to the GoF Design Patterns?

In our object-orientation-brainwashed Java ecosystem (which inherited the OO brainwash from C++), the above instanceof logic would most likely be refactored into an implementation using the visitor pattern from the GoF design patterns book. This refactoring would be done by The Team Architect himself, as they are supervising the object oriented quality of your software. The 7 lines of code using instanceof would quickly bloat up to roughly 200 lines of weird interfaces, abstract classes, and cryptic accept() and visit() methods. When in fact, the functional programming approach was so much leaner, even in its imperfect Java instanceof form!

A lot of the GoF design patterns stem from a time when EVERYTHING needed to be an object. Object orientation was the new holy grail, and people even wanted to push objects down into databases. Object databases were invented (luckily, they’re all dead) and the SQL standard was enhanced with ORDBMS features (only really implemented in Oracle, PostgreSQL, and Informix, and maybe some other minor DBs), most of which – also luckily – were never widely adopted.

Since Java 8, finally, we’re starting to recover from the damage that was made in early days of object orientation in the 90s, and we can move back to a more data-centric, functional, immutable programming model where data processing languages like SQL are appreciated rather than avoided, and Java will see more and more of these patterns, hopefully.

If you’re not convinced by the above visitor pattern vs pattern matching example, do read this very interesting series of articles by Mario Fusco.

You will see that with functional programming, many patterns lose their meaning as you’re just starting to pass around functions, making code very simple and easy to understand.

As a wrap up, as Mario presented the content at Voxxed Days Ticino: 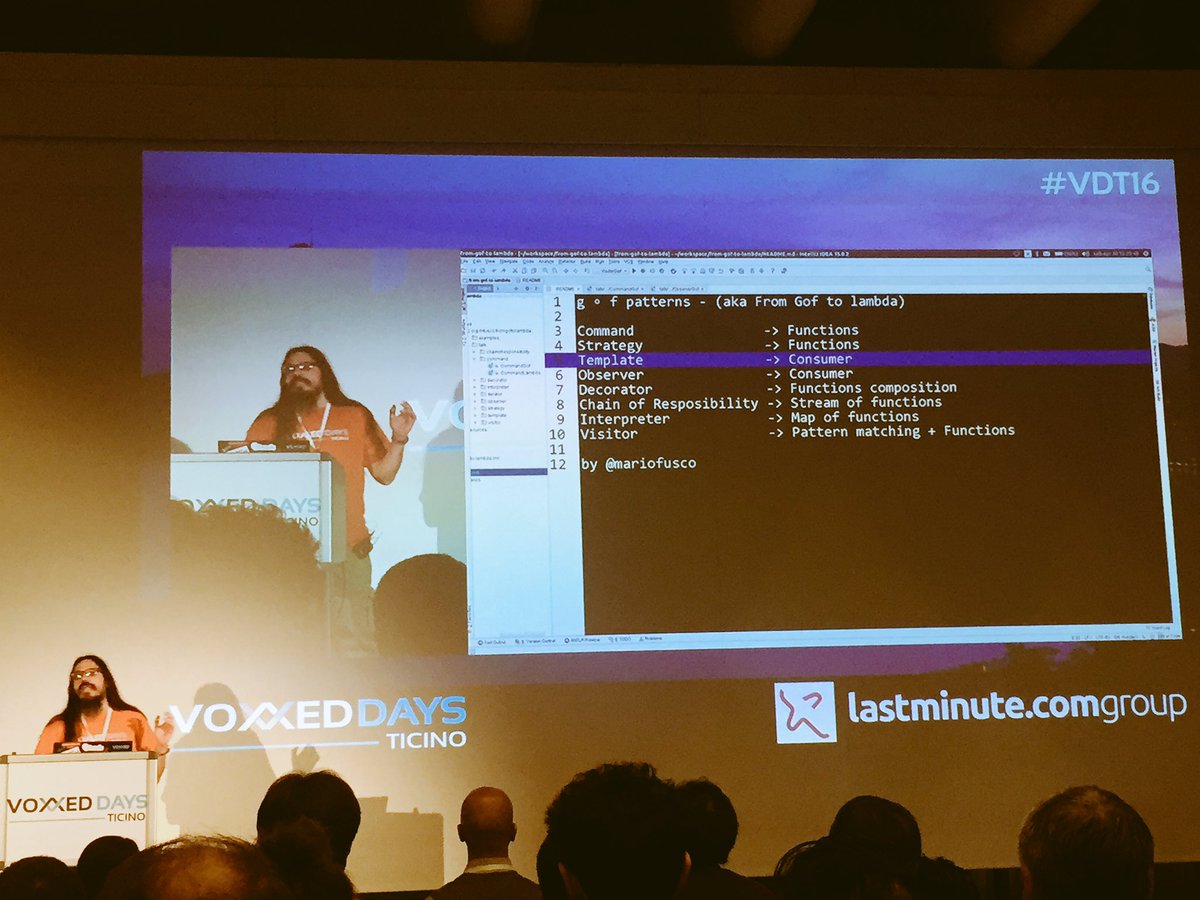