In the last two decades, the advancement of computation technology has produced more powerful processors, storage, and memory devices for low prices. Eventually, many physical things will be embedded with more computation capabilities and interconnected via the Internet in a cost-effective manner. This will lead IoT to the next level, which enriches the idea of Ubiquitous Computing that Mark Weiser came up with in 1988. That is, bringing computation into the physical world and making effective use of computer technologies.

This article covers a rarely discussed topic; ubiquitous computing and how IoT will lead achieving its characteristics. 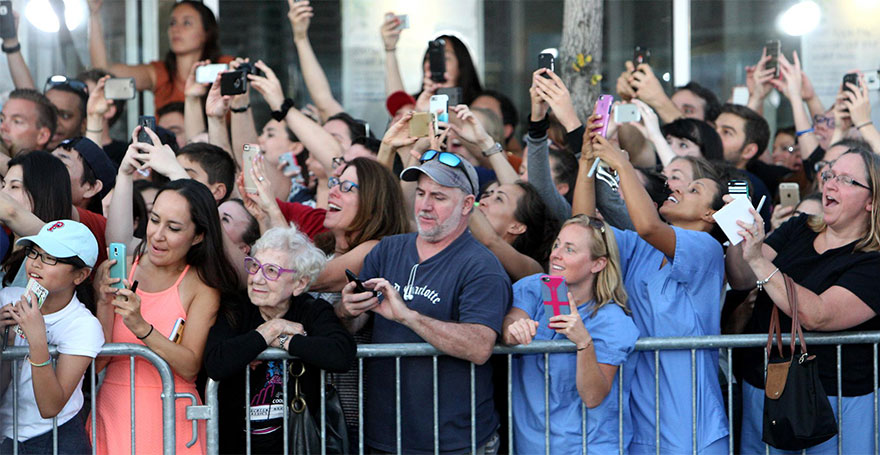 You may have seen the above picture online (e.g A web post from boredpanda) and social media with a main criticism of the impact of modern technologies on human society.

As most argue, is it the elderly woman with no modern devices only enjoying the moment? And the new generation is enslaved by modern tools?

The issue is not with the generation. It is the current direction of technologies or tools that interfere the normal human-world interactions. Let's imagine that technology today is advanced enough to embed the elderly woman's spectacles with a tiny camera, which automatically starts recording the moments based on system's understanding of her past preferences, and the recording automatically streams to her personal storage in the cloud. The technology, in this way, does not bring any hindrance for natural human behavior nor bring any additional tools. The technology itself vanishes into the available physical things. This is the direction of technology considered in the subject of Ubiquitous Computing.

Ubiquitous computing is the method of enhancing computer use by making many computers available throughout the physical environment but making them effectively invisible to the user.

Mark Weiser, in his paper, had the above definition for ubiquitous computing. The definition highlights the following main properties.

There are many research and commercial IoT products available today, with the following main categories.

A few common factors are apparent in both the commercial and research areas of existing IoT projects. A lack of standardization is the commonly seen concern in most of the ecosystem, which has missed the important factors (the collaboration and interoperability) between IoT applications that would enrich the idea of ubiquitous computing. For example, LIFX’s Wi-Fi lighting, ConnectSense's smart outlet, and Eyedro's home electricity monitor products have the same intention of efficient use of electricity. But each product has its own applications providing different monitoring and tracking features. If someone owns these three products, they have to set up each application separately to access individual features. If there was any protocol that allows collaboration of data from these three different devices, a more advanced power saving application could have been implemented. In the same way, smart homes could be built in a standardized way, helping build up to better smart cities. The main issue for such a collaboration is the lack of standardization.

Another common factor is the engagement of similar architecture patterns. Most solutions consider IoT as just a set of sensors that capture data and consolidate them to provide useful monitoring or tracking services via the web or mobile applications. The following figure depicts the overview of the design approach taken in most of existing IoT work. 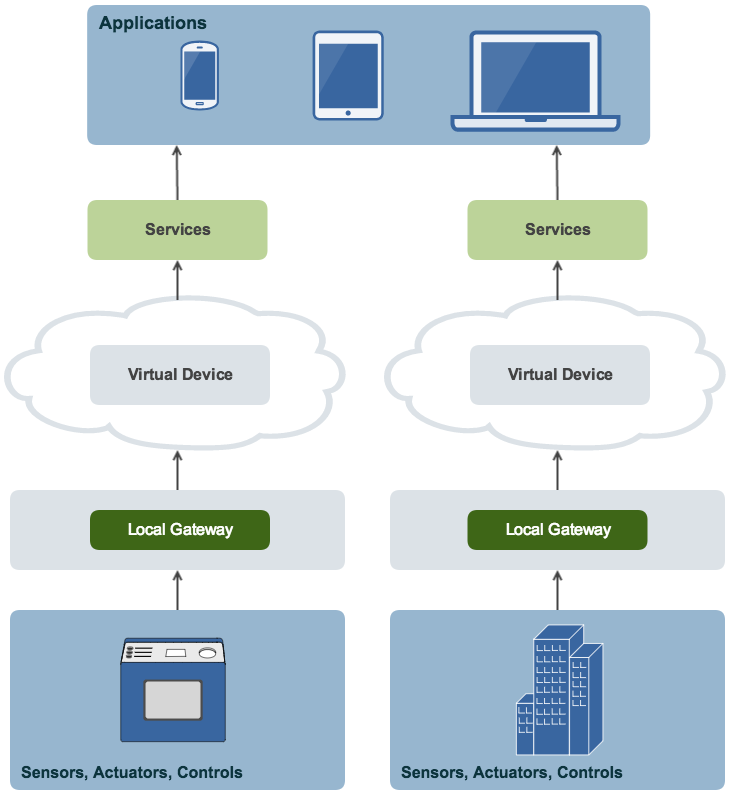 As shown in the above diagram, IoT frameworks today follow the idea of virtualizing the devices on server components (most cases on the cloud) and provide a set of services over mobile or web applications. As it clearly seen in the diagram, these applications are not autonomous and interoperable with each other, nor is any collaboration possible. Also, IoT devices are rapidly growing every day. The cloud will not be the best place to visualize all these IoT devices (see Fog Computing).