As we all have heard about the current outbreak of COVID-19 that was first evolved from Wuhan, China, on December 31, 2019. With rapidly spreading diseases like COVID-19 are the epic concerns for medical professionals in all places around the world.

Medical authorities, as well as citizens, are now using IoT technology to inform people to avoid walking outside in the absence of masks and estimate their temperature from a distance with the help of drones. Various technologies have been acquired by China to handle the deadly virus spread across the country. The Wuhan coronavirus outbreak has begun to be a worldwide catastrophe, causing thousands dead, leaving millions at a risk, economies blocked, factories, as well as cities, are under lockdown.

The World Health Organization (WHO) states the coronavirus (COVID-19) outbreak as ‘worldwide health emergency. With this article, you will be capable to interpret how technologies are being utilized in the various stages of the outbreak with some of the feasible technological ideas.

Countries such as Singapore even initiated by locating thermal imaging equipment to their screening checkpoints, allowing more accurate thermal imaging than the commercially-accessible radiometric thermal scanners which is utilized to identify if a person’s body temperature is above the normal human range.

If it is recognized to be high, the officials will recommend a certain person to the medical authorities for other treatments. These devices are utilized to recognize bod Sensor hardware alongside, the setup was really simple. 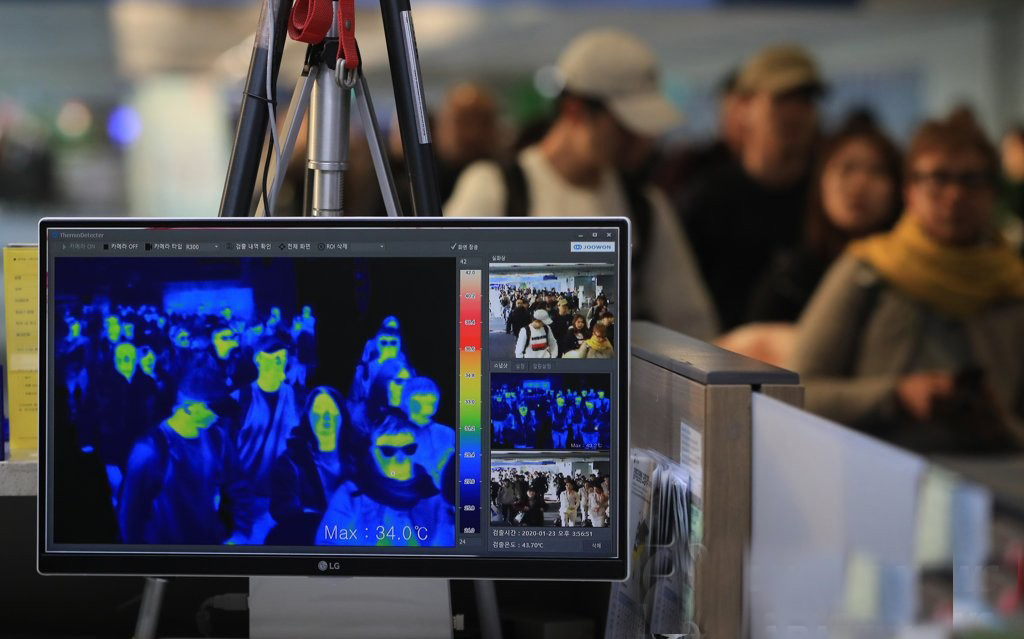 A camera sensor is attached to analyze and the person with assisting personnel monitoring, the terminal along with thermal sensors and a screen that shows the feed in real-time. This enables the airport to tactically place terminals at high-risk inbound flights and enable for more granular scanning of each and every arriving passenger from various points, in place of watching every single passenger via a single checkpoint.

In addition to that, there is some software functionality designed into the systems deployed right now. Every object that is life emits heat or infrared waves.

Thermal imaging cameras have heat sensors to seize the heat of the body of the person to generate a 2D image with various temperature levels. When any person stands in front of that camera, the hotter objects are emphasized on the computer screens with a different color palette.

Images represent numerous layers of data including heat image, Metadata, and other metrics. There are visual, audio alarms that are also there on the functionality tab which will help the watchful eyes of the person assisting the thermal stations. Thermal cameras have the ability to spot each and every individual in the crowd.

On the other hand, drones are also provided with thermal camera scanners to recognize the temperatures of people in quarantine to break the chain of the spread of the Corona Virus. The high-tech monitoring devices detect the person with the unusual body temperature in a crowd before sharing this data with medical officials. This technique of utilizing thermal cameras with drones is called aerial thermography. 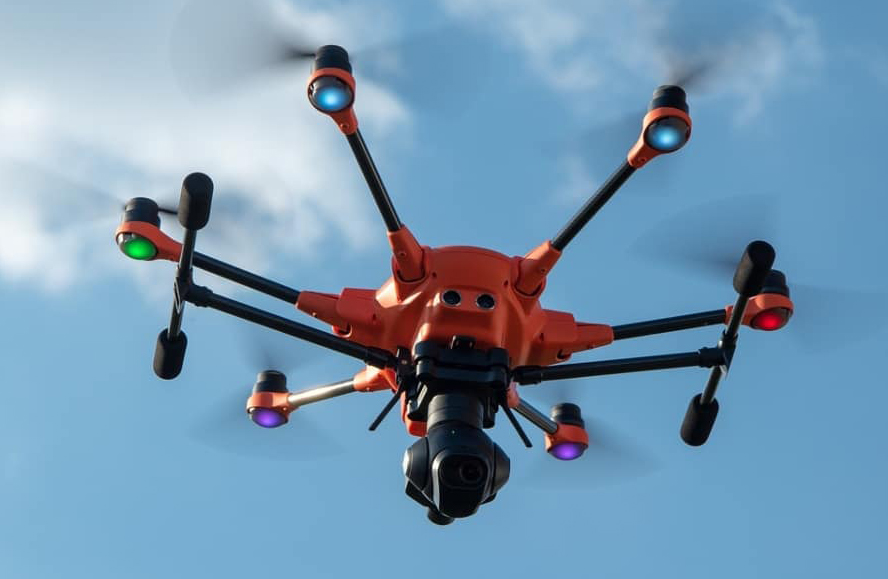 Thermal cameras are used to recognize radiation within the electromagnetic spectrum and generate pictures of that radiation which is known as thermographs. Aerial thermography contains both an unmanned aerial device as well as an infrared camera scanning.

As traditional aircraft looks to be risky as well as costly for thermography, drones can brag on higher safety as well as affordable costs. Hence, drones are being utilized by authorities to identify the body temperature of the huge crowds on the street and sending their information which was stored on the cloud to health officials so that further treatments could be started efficiently.

With the help of AI and ML-based tools, it is easy to identify Coronavirus cases. Though, by tracking travel data, local officials are capable to recognize the infected person and send him for further screening.

Many mobile apps have been built to help people check if they have taken the same train or flight as virus patients detected. AI utilizes an Event-based surveillance system that holds unstructured data from different sources, containing social media, the internet as well as official reports, to track and recognize the confirmation of the threat.

Chinese authorities utilize Healthmap, an EBS tool that utilizes Natural Language Processing, Text Processing, and Machine Learning. COVID-19’s data apprehension by Healthmap presents the system of colored dots. The yellow color appeared by Healthmap which means less than 10 cases have been described in a specific location, whereas dark shades of orange display higher concentrations of infections. Red color dots reveal that more than 50 people have been infected.

Health Map is being utilized as a data source in the Early Reporting and Alerting scenario. Various organizations have developed dashboards with the help of Big Data. Face recognition and infrared temperature detection techniques have been already deployed in all leading cities.

Facial recognition technology can precisely detect people even if they are masked. Smartphone apps with face recognition ability also being developed to keep a tab on people’s activities and moves and discover whether or not they have been in direct contact with an infected person.

In hospitals, the transference of biometric measurements such as a heartbeat as well as blood pressure from wearable, wireless equipment on patients to the central monitoring has been utilized to analyze a huge number of patients with minimal staff. Here, IoT Solution can be utilized to enhance the efficiency of the medical staff all the while minimizing the exposure of healthcare workers to infection.

There are various opportunities to deploy smart connected IoT devices with various technologies during such an outbreak that could help authorities or entire countries to better mitigate the effect of such emergencies like COVID-19.