It seems a little futuristic or maybe just plain hard to believe, but being able to see things around the corner is serious science today. MIT has been working on the CORNAR project which attempts to peer around corners using Femto-Photography. It takes a bit of forward thinking, but with a twist. 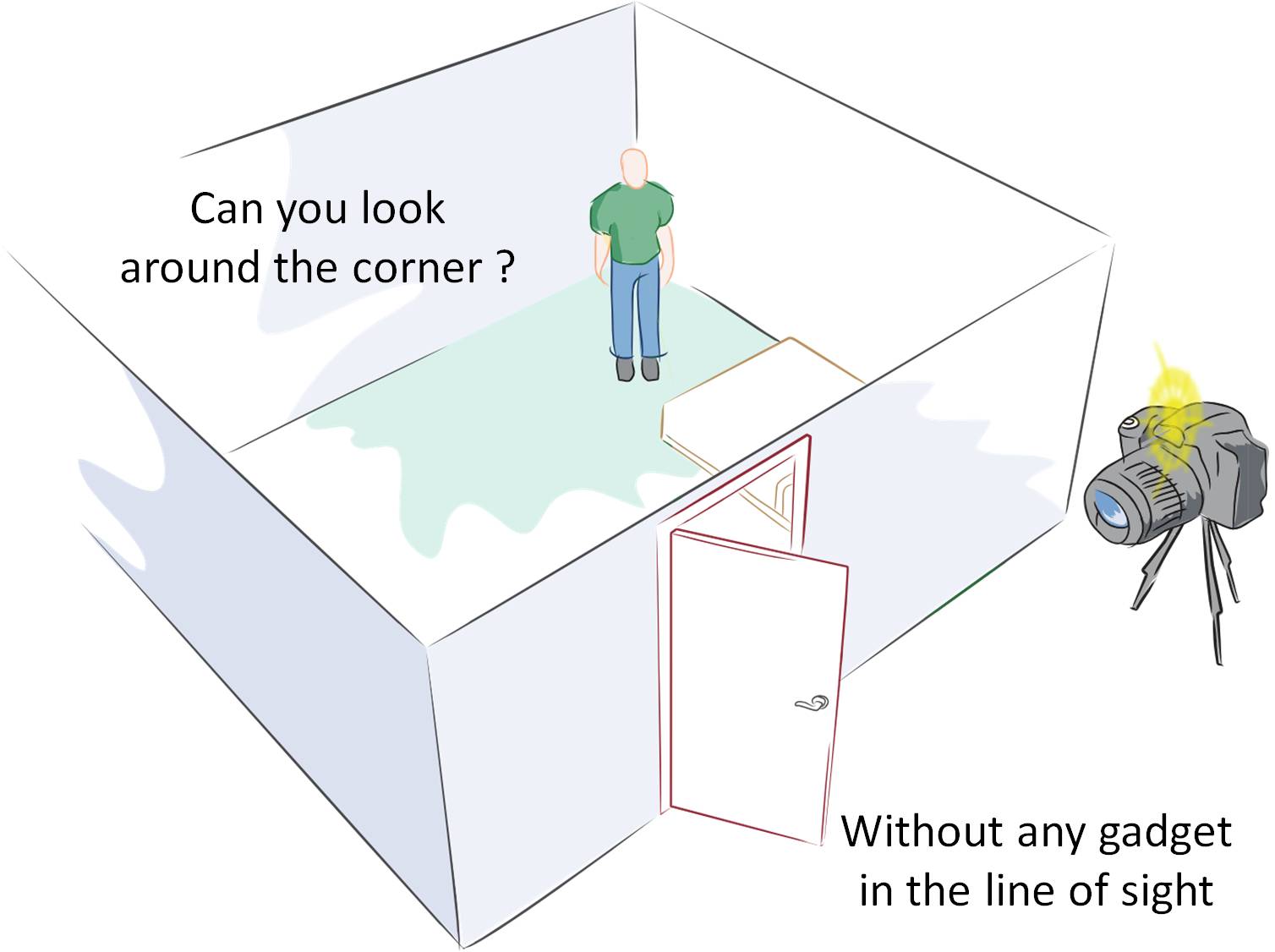 It turns out that when you combine a fast enough shutter speed,a laser light that can emit very short pulses, and sufficient computer power you can actually see what's around corners. And it's not done with mirrors. The process relies on how long the photons from the laser pulse bounce around in the room before they come back to the camera lens. The returned photons trajectory and timing is inserted into an array of simultaneous equations representing a large (actually immense) number of possible paths. Solving that array of equations reconstructs the plausible position of unseen surfaces that are "out of view". And what's even cooler is that the reconstruction can be more than just a "picture": It is actually a 3-D representation of the hidden object!

Clearly there are lots of applications for this technology. It's easy to imagine it being helpful in disaster situations where people are trapped out of sight in fallen buildings for example. You can imagine pointing a special camera/flash at an opening and getting a quick assessment of what's inside. And it's not too hard to imagine the value of this technology for police and military applications: It's always nice to know where the bad guys are without giving away your own position.

But there are some less obvious applications too. During the course of routine colonoscopies it is often useful to be able to "see" around the last bend in the large intestine or to "see" the backside of an unusual bump in the intestine wall.

Surely there will be many applications for this new way of imaging. This new way of thinking about imagery as not only the position of collected photons but also their arrival time is bound to spark many fresh new ideas.

Someday soon you may be able to buy a digital camera and includes a femto flash and a sizable GPU to crunch the simultaneous equations. Or maybe it'll just be in your Samsung Galaxy 11 (or 12) phone?