Recently, a user wrote into the Spark Mailing List asking about how to refresh data in a Spark DataFrame without reloading the application. The user stated:

This application makes perfect sense. A credit card issuer is liable for charges made on cards that are stolen, misplaced, or otherwise misused. In 2012, unauthorized/fraudulent credit card transactions cost banks $6.1 billion. It is in the credit card issuer’s interest to ensure that transactions involving a blacklisted card are caught right after the card has been flagged.

The definitive reply to his email came later in the thread. It stated:

So how can we use mutable DataFrames to make this solution faster?

Using SnappyData, we can simplify the process of adding new blacklisted cards to the blacklist DataFrame and greatly improve latency. We will follow the below overview with code snippets: 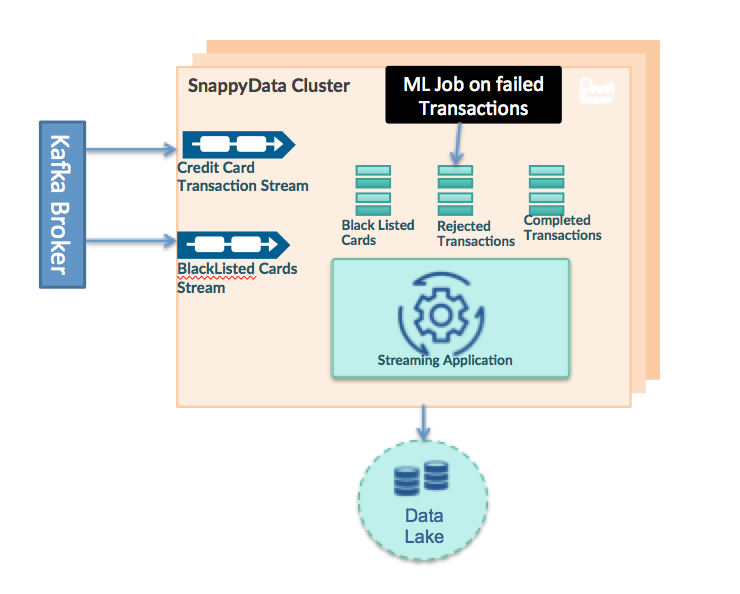 Below, we create the SnappySession object and use it to create a mutable row table for the blacklisted cards and then a column table for the rejected transactions. These tables are immediately materialized as DataFrames.

Finally, we write the valid transactions into a Parquet file:

The ability to combine database-like mutability (and reliability) into Apache Spark provides users with a single platform that can handle stream processing, SQL querying, and machine learning all within the comforts of a very familiar Spark API, and all with live data.

In the above code, we’ve shown how simple it is to have our blacklisted cards DataFrame be continually updated with new data (in our case, using a Kafka stream) while maintaining a join to a streaming DataFrame of transactions without restarting or reloading. Because of this mutability, SnappyData can speed up the 10-second latency incurred by vanilla Spark every time the Spark SQL join needs to be restarted. Further, because of our 20x speedup over Spark’s native cache, the performance of the above application will be even faster.

A data platform built for the big data era should offer reliability, security, elasticity, scale, and latency, and democratize the ability for users to build live applications that are reactive, responsive and offer true predictive analytics.