5G is scheduled to come in 2020, so this post discusses NB-IoT and its technical aspects that make it so important for the Internet of Things. NB-IoT, also known as LTE Cat NB1, is about to connect billions of devices in a smarter way. It's cost efficient, supports lower-power consumption to use low-cost devices, and provides a wide range of coverage. This Low Power Wide Area (LPWA) technology is making economies of scale a valid theory for the IoT industry; it connects virtually anywhere and works with already established mobile networks. 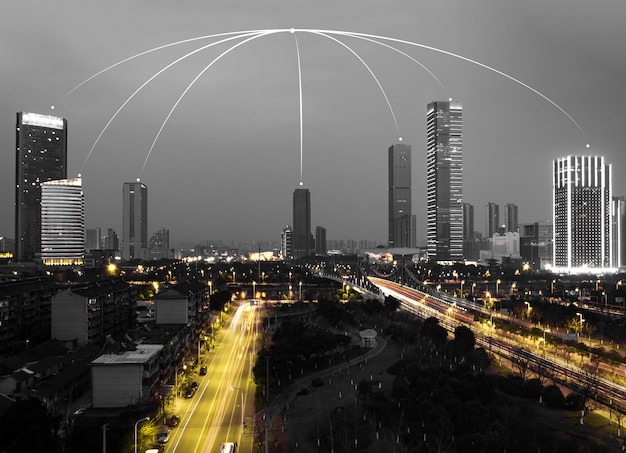 One of the main requirements to achieve new MTC applications is to deploy a radio-access network that can lower battery use, cover a wide area, efficiently power low-cost devices, and match different spectrum allocations of operators.  Among MTC applications, we can find smart metering, properties monitoring, agriculture, and fleet, and logistics management. Massive MTC devices usually work with small amounts of data and are commonly located in challenging places for signals reach, such as forests, farms, or basements.

Operating under a licensed spectrum makes it easier to ensure coverage and performance. Technologies that run under unlicensed spectrums run the risk of uncontrolled interference affecting overall performance for many devices in the network.

Site density and link budget are the main factors that affect mobile network coverage. Compared with other technologies such as GPRS, WCDMA, and LTE, the link budget of NB-IoT has a 20dB margin and works with lower data ranges.

In technical details for link budget we can highlight:

This 20dB improvement could imply sacrificing other factors, such as requirements for MTC applications, but this is not the case. NB-IoT meets the requirements for rate latency and battery life. Longevity depends on how efficiently devices can turn to "sleep modes" that allow some parts of the battery to be turned down when not needed.

NB-IoT technology, in particular, supports a range of data rates. It depends on the channel quality, or the signal-to-noise ratio and the quantity of resources in certain areas (bandwidth). Also, each device has a specific power budget, which leads to combining the power of several devices.

In different situations, in both good and bad coverage areas, it's possible to increase data rates by adding more bandwidth. Data rates could increase by 12 times by allocating devices with multiple tones or subcarriers. This approach improves capacities. This is the scenario when devices have good coverage and data transfer is fast. Most of the time, good coverage occurs when NB-IoT devices are deployed on dense grids or most of devices are located inside the original LTE coverage area.

It's remarkable that NB-IoT has been designed with great multiplexing and adaptable data rates. The target capacity in 3GPP has been set to 40 devices per household, or about 52,200 per cell (in cities like London). Simulations have performed with 200,000 devices per cell, four times better than the initial objective. Certainly, NB-IoT will meet data rate requirements when released.

Affordable modems are a must for large-scale sensor deployment. Processes for detecting and reporting different variables like temperature and humidity need to be optimized. For sensor-heavy applications, data rate, and latency should be lower. NB-IoT is a solution that can match these requirements, which supports the statement that says it will bring greater efficiency.  NB-IoT devices have demonstrated they can support lower peak physical layer data rates working in a range of 100-200kbps, or even significantly lower with single-tone devices.

There are other device optimization aspects we can look at. LTE MBB, for example, needs two antennas, while NB-IoT devices need a single receiver antenna. Thus, the ratio and baseband demodulator need only a single receiver chain.

One of the advantages of narrow bandwidth (200kHz from NB-IoT vs 1.4MHZ to 20MHZ from other technologies) is that complexity of analog-to-digital and digital-to-analog conversion, channel estimation, and lower buffering.

Hopefully, now you understand what NB-IoT is, how it works, and what differentiates it from other LPWAN technologies. New IoT initiatives will work under better networks and devices that help to make a very attractive business.
Data (computing) IoT